When the Hawkeyes were struggling up-and-comers, watching their games was "more rewarding", "knottier", according to bearded, thick-framed glasses-wearing throng. 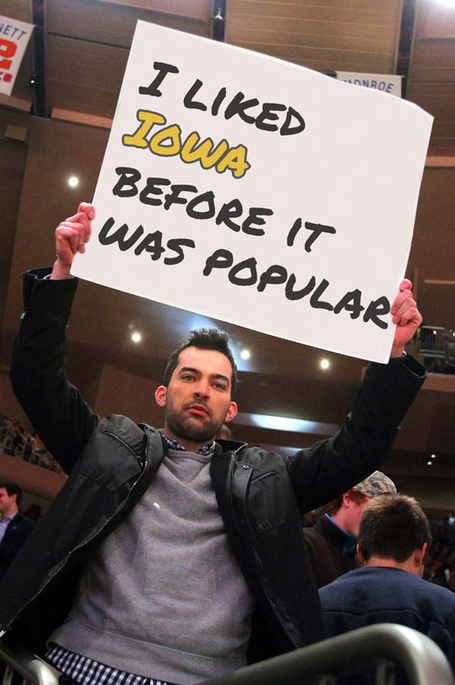 The mood at Iowa basketball's recent media day was overwhelmingly positive. From the coaches to the players to the reporters themselves, almost everyone in Carver-Hawkeye Arena seemed eager to talk about the potential of the deep Hawkeye squad to have its most successful campaign in years. Everyone, that is, except Gerald Kremer-Duffield.

"The Hawks are probably going to be okay, I guess," said Kremer-Duffield, "but I just don't see how they'll match up to the knotty, complex brilliance of the 2010-11 season." Kremer-Duffield, a graduate student in Film Studies at the University of Iowa, has formed a student group, "The Great Un-Raveling", which he describes as: "devoted to the appreciation of versions of Iowa basketball that may be less well-known or appreciated by today's audiences."

Interest in the Hawkeye basketball team has been on the increase in the past few years, with attendance numbers increasing every season and season ticket sales approaching the 10,000 mark for the first time since the 2002-03 season. While the administrators of the athletic department are tickled pink by this news, members of Kremer-Duffield's groups describe themselves as "uneasy." 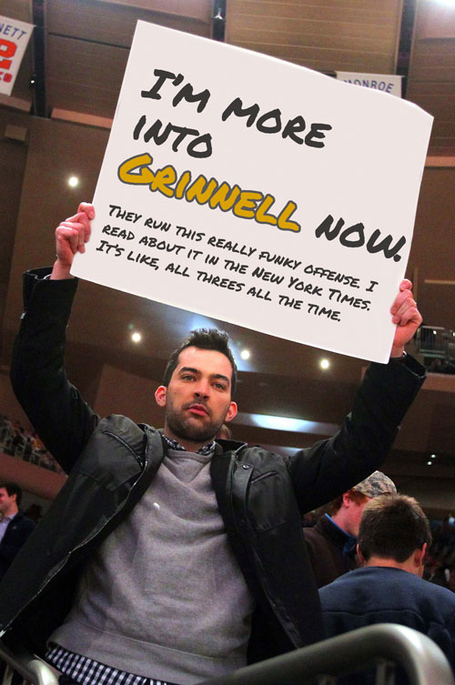 "Look, it's great that the team is doing well, and I understand that most people have an attachment to concepts like 'winning a lot', 'scoring lots of points, and 'dunking,'" said group member and Iowa junior Nathan Moss, "but there's something about those old, less conventionally 'successful' teams that really rewards repeat viewing."

"I watch games from the Brennan Cougill era every night on VHS."

The group made an appearance at the team's media day, holding up signs declaring their disenchantment with the Iowa team. The messages on the signs included: "Fran's Earlier Albums Are Better," "Band-wagons are bad-wagons," and "I was here when Carver was an empty, cavernous, death-silent tomb – where were you?" 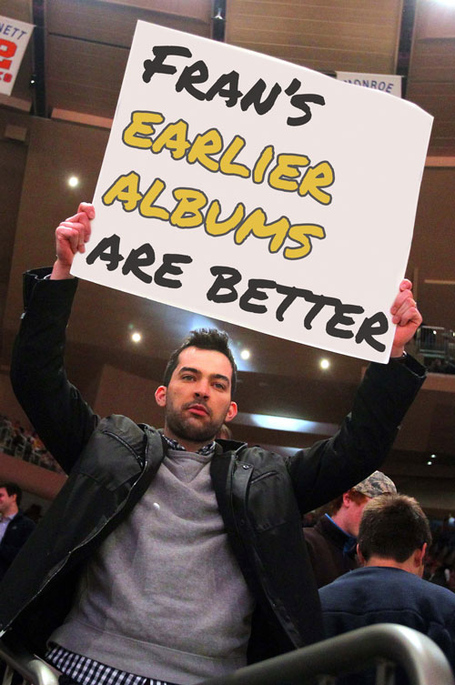 "It's just too easy to like this team," said UI sophomore Kyle Feldman. "I mean, sure, everyone likes to see Aaron White dunk on people or Devyn Marble score 30 points, but I remember when we had to convince ourselves to get excited about Kurt Looby, or wonder if this was the year Devon Archie would put it all together. That took some real dedication."

As it turns out, the new Iowa group is not the first of its kind. In 1956, a young philosophy major named Herbert D. Schneck founded a group called "The Court," which described itself as "a scene for cats and kittens who were hip to the Hawks before the all the Fabulous Five phonies came calling." 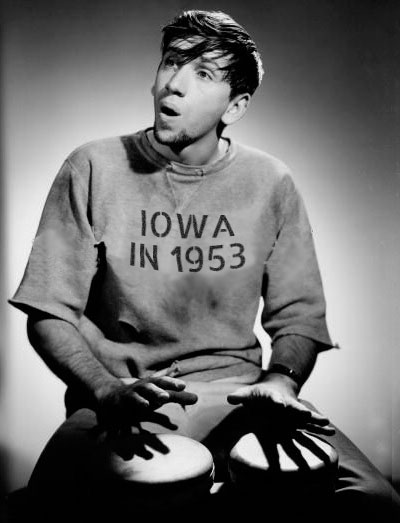 In the group's one and only publication, a typewritten manifesto written on a scroll and running 50,000 words in length, Schneck described the group's philosophy:

Kremer-Duffield, when told of Schneck's group, said, "Oh, of course I know about Schneck. He's kind of our hero. I can only dream of going back to an era when basketball was so pure, so un-commercialized, so poorly played. Apart from going back to watch Nat Holman play for the Original Celtics in the '20s, that would be my favorite era to go back in time and watch if I could."

Despite the widespread dissatisfaction in the group with the current squad, it is unclear what action they will take going forward. Several members indicated they will make the hour road trip to Grinnell, Iowa, to watch David Arseneault's free-wheeling Pioneers play, while others are considering taking up fandom in other sports, such as badminton or handball. "It's a hotly contested topic among us," said Kremer-Duffield. "We know what we don't like, but planning positive action is not, as such, our forte, per se."

When told about the group and its protest, Iowa senior forward Zach McCabe said: "So, do they want us to lose ... or what? I don't get it."