Hey, USA Today, I Got Your Anger Right Here

Share All sharing options for: Hey, USA Today, I Got Your Anger Right Here

USA TODAY's For The Win blog released their list of the Top 10 Angriest Coaches in College Basketball yesterday, which featured a lot of familiar faces: Rick Pitino, Tom Izzo, Tim Floyd, Bo Ryan. It also contained one pretty glaring omission, as Mike Hlas noted: THERE IS NO FRANIMAL.

Look, USA TODAY, it's one thing to leave Iowa out of the preseason Coaches Poll; I get that Iowa needs to a little more on the court to earn that recognition. And I get that Iowa hasn't exactly been in the national hoops spotlight too often over the last few years and so maybe you're not quite as familiar with Fran McCaffery and his white-hot rage as some of those other guys (although by including Tim Floyd, you're definitely willing to look a little ways off the beaten path), but anger is an integral part of the Fran McCaffery experience. I mean, there's a reason that WRATH OF FRAN is a genuine Thing among Iowa (and Big Ten) fans.

There was the time he got escorted from an arena BY THE COPS a few years ago. 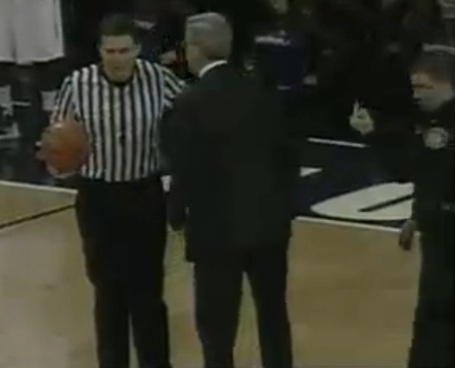 And there was the time, a year and a half ago, that he took a chunk out of the Breslin Center floor.

There was also the time he inspired this GIF:

For God's sake, his wrath is rocket-sized sometimes: 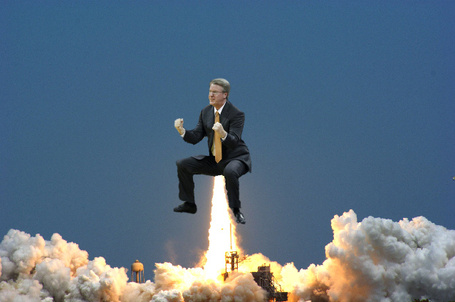 If you don't believe me, just do a Google Image Search for Fran McCaffery. The first four categories that turn up? "Mad," "Chair," "Family," and "Angry." And this is a sampling of the images on the first page of results:

But look: Iowa's gonna be a lot better this season, so you're going to start getting a lot more familiar with the Hawkeye hoopsters, which means you're also going to see a lot more Fran. And that means you're probably gonna see some good WRATH OF FRAN moments this year, too. I'm just saying: maybe we can revisit this list come April. And if not, well, I know a guy with a chair -- and he's not afraid to swing it.