The tournament is here for some. The bubble has burst for others. The Marchifornicating has begun in earnest. 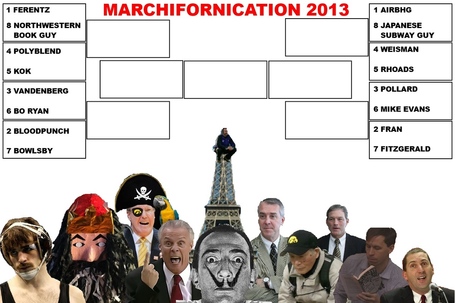 By decree of Commissioner Breadman, Marchifornication contests will begin at high noon on Monday, March 4.

As with all Marchifornication brackets, this marks the end of the road for some would-be competitors. Who was a surprise inclusion? Who should have gotten into the tournament? Who is suspiciously absent and destined to enter late? The comment thread is open below!