MARCHIFORNICATION 2013: James and the Giant Bear

Share All sharing options for: MARCHIFORNICATION 2013: James and the Giant Bear 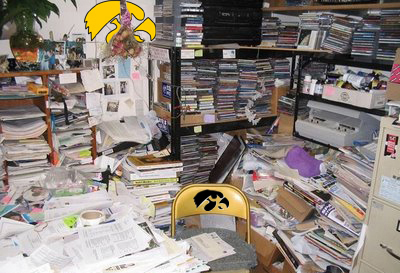 December 17, 2012, in the basement of the Iowa Football Offices

No it doesn't, Gary. We can make this work.

And besides, I know what you really want, and I know where he is.

You know where I can find Vandenberg?

I do. I can get him on my phone. Just a second.

/takes out slip of paper with phone number scribbled on it

Damn it, must have misdialed. Let me try that again.

James, it's Mr. Ferentz. James, GARY HAS ME IN THE BASEMENT OF THE FOOTBALL COMPLEX YOU HAVE TO DO IT NOW JAMES GO

/knocks phone out of Ferentz's hand

What the hell was that?

It's one of the Brown Deers.

Meanwhile, at one of the Brown Deers