HUMILITY WATCH 2014: BLESSED ARE THE MEEK, FOR THEY WISH TO INHERIT THE BIG TEN CHAMPIONSHIP

hu·mil·i·ty: noun. The quality or condition of being humble; modest opinion or estimate of one's own importance, rank, etc.

Share All sharing options for: HUMILITY WATCH 2014: BLESSED ARE THE MEEK, FOR THEY WISH TO INHERIT THE BIG TEN CHAMPIONSHIP

It has its own entry on Wikipedia. Dozens and dozens of religious traditions extol its virtues. Philosophy dissertations, in the hundreds and maybe even in the thousands, have traced it in an effort to understand it. But within a football context, no one is more familiar with it, more committed to it, more believing of it, than the University of Iowa, its fans and its head football coach, Kirk Ferentz: Humility.

It was only a short time ago that Hawkeye fans were wiling away the end of summer, chomping at the bit in anticipation of a glorious once-in-a-lifetime fall to arrive, one that would bring with it -- just maybe -- the greatest season in Iowa football history. Finally, endowed with the perfect schedule, a highly decorated class of seniors loaded with experience and NFL potential (including, most importantly, the quarterback) and coming fresh off a dominant BCS Bowl victory, the Hawkeyes were primed to ascend heretofore only dreamt of heights. A National Championship run was now a sensible discussion point for Iowa football. 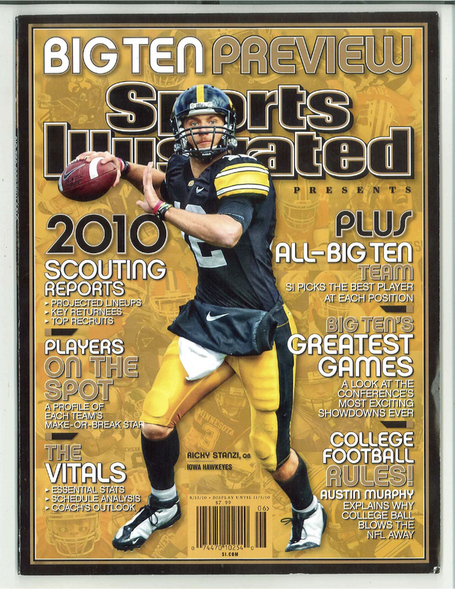 Football writers across the land were on to the story too, as seemingly all were predicting Kirk Ferentz's natural progression from underrated coach to ballyhooed coach. Suddenly it was cool within the press to be on the Kirk Ferentz case, proclaiming that something special was happening in the heartland. Numerous players were highlighted in bold on trophy "watch" lists. One preseason ranking after the next listed Iowa as a Top 10 team trending up. The AP Poll, the USA Today Coaches Poll, and even the ESPN Power Rankings -- which represented the voting of their 25 College Football Analysts -- listed Iowa in the thick of college football's elite. Kirk Herbstreit looked into the camera during his preseason special and calmly proclaimed to all that Iowa had what it took to make a very serious run at the national title, and then he ranked them 4th in his preseason rankings. Kinnick ticket sales were best ever and resale of game tickets was at a fever pitch. In fact, a decent seat for the Ohio State game would set you back well over $500 on StubHub or eBay...in August. Other than a potentially nervy trip to the desert, the season could not have laid out better for the Hawkeyes. But Iowa had squashed Arizona in Kinnick and that led many to assume an equally satisfying outcome again. Michigan State, Ohio State and Wisconsin, the assumed favorites for the conference title (along with the Hawkeyes of course), had to travel to Kinnick and prove their worth. Even emergent rival Penn State and ever dangerous in-state foe, Iowa State, had to venture there. Iowa would play all their toughest games on home turf, where they had proven to be nasty of late.

It was not to be though. As we all know, the season was a dud, a flop, a washout and if not for a dropped pass by one of the Big Ten's best wide receivers in a Bloomington end zone, Iowa would have completed an almost unfathomable .500 season and likely played in a bowl game named after a pizza chain or an aftermarket auto parts store, if at all. 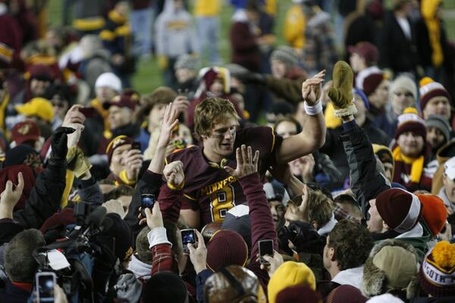 No one was fooled either when Iowa capped off their funky smelling season with a stunning last-second upset bowl victory as it was like taking a Tums for a bowel obstruction, not nearly enough to control the pain of what was probably a much bigger issue. Iowa had found a way to flub a perfect roster, the best schedule in the conference, and enormous momentum and no one could explain it with any intellectual coherency. Mostly it was just, "Wha?" followed by the sense of having lived through a car accident. The season went well beyond anyone's worst-case scenario. In fact, Iowa Athletic Director Gary Barta found it necessary to give Kirk Ferentz a public vote of confidence during a December 14, 2010 press conference, one whose topic was supposed to be about Iowa's upcoming trip to Insight Bowl but instead became a fast moving defense of Ferentz's leadership and direction after finishing the season with three straight losses and having two star players suspended and ultimately kicked off the team. "The state of the program is in great hands," Barta would say. "We're dealing with some important and challenging issues, but I have great confidence in Kirk's handling of them." 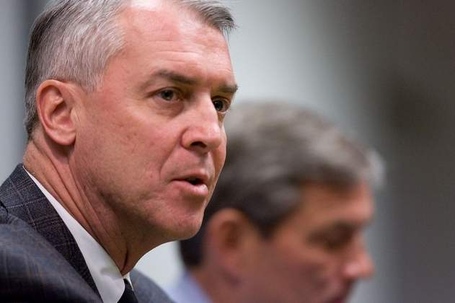 Since the end of that season there has been a smorgasbord of mediocre performances, some downright appalling and broadcast nationally for all the world to see, and when that stuff comes at Iowa it seems to come in waves. The program seemed to lose games in every conceivable way -- fake punts, fake kickoffs, and a fake secondary were just some of the appallingly terrible football that led to the downturn. There was bad fortune too as Iowa lost coaches to the competition and to ill health. The national press took note of this as well and went from ignoring Kirk Ferentz, to hyping him, to deriding him.

There are Iowans who will tell you Iowa football had what was coming to them. It had sinned. Plain and simple. The players, the coaches, the AD, the press, the goddamn press especially, but really you name it; they'd all crowned Iowa as a member of college football royalty and therein lies the issue. Iowa was actively embracing the notion of being big time. A black and gold rule had been broken, and there would be hell to pay. Success without humility, in Iowa, is no success at all. After the 2011 season Iowa tried to hang on to the dream, but after the 2012 season -- a complete and utter debacle from start to finish -- Iowa promptly got on to the business of eating crow. 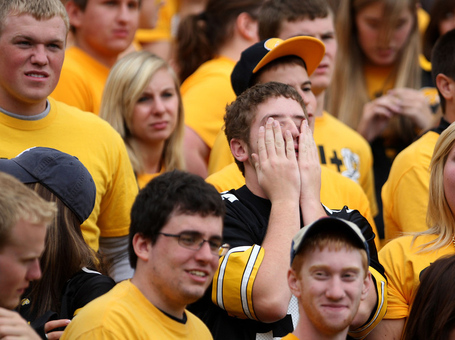 Since then Kirk Ferentz has gotten back to being forgotten, and the basics. By "back to basics," I mean he's gotten back to humility. Gone is anyone who does not abide by the tried and true principles of humility. Fool me once is the rule of thumb in the football offices now. As Iowa approaches a new, next great season-to-be what is noticeably absent is even a hint of swagger or overconfidence or anything resembling insistence. The days of pining for respect are over. The interviews of players projecting their place in the hierarchy are kaput. What still stains the water from the 2010 season of comeuppance is...caution. And no one wears caution better than Iowa. The uniform itself is literally yellow surrounded by darkness. 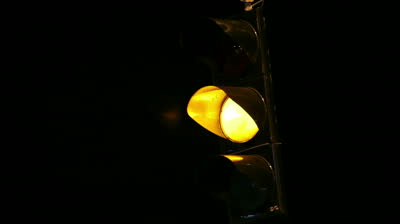 Iowa is now back to being lil 'ol Iowa, which is to say, Iowa is back to being its guarded, self-effacing self. What little hype there is surrounding the team would be better suited to a DVD called, Banality Gone Wild. Sure, Iowa has another great schedule, some will argue it's even a better schedule than in 2010. But Iowa never goes into conference play undefeated. Iowa has NFL talent again too. In fact, two players have been projected to go within the Top 15 of the draft even; but there are still holes aplenty to angst over and that will be the focus of every coach interview. Iowa even has momentum coming off a surprisingly capable season. But momentum is only as good as your last game.

So as the 2014 season begins there is hardly a stir. Iowa is back to their worn out overalls outlook. Humility is the only acceptable form of pride now. Which is how Iowans prefer their football.