Congratulations! You've just made the wonderful decision to draft C.J. Fiedorowicz! Like most new Fiedorowicz owners, you're no doubt filled with questions about your new family member. We here at BHGP will try our best to answer any questions you might have.

CJ Fiedorowicz likely the only NFL Draft prospect waiting for his phone to ring by a disco themed bowling alley pic.twitter.com/V0oeLCfuZz

AND WAS SELECTED AS THE FIRST PICK OF THE THIRD ROUND (65 OVERALL) BY THE HOUSTON TEXANS.

With the 65th pick in the 2014 NFL Draft, the Houston Texans select C.J. Fiedorowicz, TE. Iowa.

WHAT'S SO SPECIAL ABOUT C.J. FIEDOROWICZ? He was perhaps the jewel of the Hawkeyes 2010 recruiting class. CJF was rated four-stars by Rivals and the 5th best tight end in the country. He had offers from Ohio State, Wisconsin and Notre Dame to name a few. But, the Johnsburg, Illinois, native opted to stay near home and commit to an Iowa program with a history of producing NFL caliber tight ends.

He was a high school Army all-American, USA Today all-American and Chicago Tribune first team all-state player so it was no surprise he skipped red-shirting his first season on Iowa's campus. He played in all 13 of Iowa's games as a true freshman on special teams. His sophomore season ended with 16 receptions and three touchdowns. He really began to learn the offense his second year and earned five starts towards the end of 2011. His star appeared to be taking off as he ended the 2011 season with a career high four receptions in the Insight.com Bowl versus Oklahoma.

His junior season at Iowa saw a new offensive coordinator and new emphasis on the tight end. Greg Davis called CJF a tight end like he'd never had before. Greg Davis had talented athletes at Texas -- Jermichael Finley comes to mind.

With the change in offensive philosophy, Iowa's offense sputtered for most of the season, but Fiedorowicz still managed to have his best season statistically. He caught 45 passes for 433 yards, which were both career highs. He finished third on the team in both stats but collected only one touchdown. Iowa as a team had a total of seven touchdown passes in 2012. It was a team problem.

That problem was fixed last year as Fiedorowicz caught a career high six touchdown passes. He became the redzone threat Iowa fans believed he could be with his 6'6" 265 pound frame. Greg Davis used a variety of ways to get CJF into the endzone. He used his body to post up on the goal line at times and Jake Rudock also found him streaking on a drag route at times. His receptions and yards dropped from the season before but that was mainly due to the evolution of the Greg Davis offense and getting more receivers involved.

WHAT DID HE DO THAT WAS SO GREAT? Besides developing into a redzone threat, Fiedorowicz was a light offensive tackle playing tight end. When he arrived at Iowa, he'd played in a high school offense that used him a lot split out. He had to learn to block before he'd contribute and learn to block he did.

It wasn't an overnight success. It took him a year and a half to earn the coaches'  trust. But his junior and senior film will show he was one of the best blocking tight ends in the nation, if not the best. He can still get better as a blocker, too, which should lead to a long NFL career. At the Senior Bowl, Phil Savage named him the best tight end and noted "he has excellent size with a proportioned body and is physical enough to continue developing as a blocker."

HOW ARE HIS PHYSICAL ATTRIBUTES? He was listed as 6'7" as a high school recruit and while at Iowa. At the NFL Combine he measured just over 6'5". At 265 pounds, he's big enough to be an effective blocker as well as split wide from the line. He doesn't have blinding speed, but he has agility that will be beneficial in navigating traffic in the middle of the field.

WHAT ELSE IS THERE? The Iowa coaching staff experienced an overhaul in 2012. Kirk Ferentz hired his son to coach the offensive line. Brian Ferentz had spent the previous season coaching tight ends under Bill Belichick and Bill O'Brien with the New England Patriots. Following the 2012 season, Iowa added D.J. Hernandez to the coaching staff to coach tight ends. He's a former UCONN quarterback and the older brother of former Patriot Aaron Hernandez. In summary, Fiedorowicz has had some solid coaching on how to be an NFL caliber tight end the past two seasons.

WHAT ABOUT THE BAD? We've mentioned the speed. Fiedorowicz has never been a deep threat while at Iowa. Part of it's scheme, another part quarterback and part his own ability. Yards after the catch have never been his forte. He has better-than-average hands and can get open, but after the catch don't expect long touchdown runs.

Also, there was a long learning transition from the high school game to college. Perhaps that's unrealistic fan expectation but Fiedorowicz needed a lot of time to grasp the entire playbook. Iowa runs a pro-style offense so the transition to the next level should be easier. But you should probably expect a learning curve.

WAS THIS A GOOD DRAFT PICK? Of all of Iowa's draft prospects this year, CJF has the potential to have the longest career. He's learned how to block from one of the best offensive line coaches in the country. His solid technique and work ethic will earn him a paycheck as long as his body allows. He won't immediately lead the team in receiving yards or receptions but he will be an effective target in the redzone. If he had more speed and showed in college the ability to get more yards after the catch, he'd be a first round draft pick. 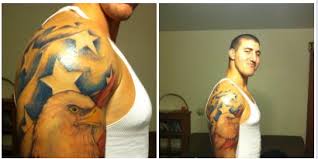