Missed Opportunites or: How I Learned to Stop Worrying and Love the Red Zone

Let's take a closer look at Iowa's red zone woes. Don't dig too deep, though. You might get burned by the molten la-vah.

Share All sharing options for: Missed Opportunites or: How I Learned to Stop Worrying and Love the Red Zone

One of recurring themes of this season has been missed opportunities in the red zone. But Just how bad is it? From a thousand feet, it's bad. Like really bad. Currently Iowa sits alone in 108th place in red zone scoring percentage with 69.57%. Sounds terrible, but scoring percentage isn't exactly the best way to predict your team's success. Ladies and gentlemen, I present to you the CoLOLrado BuffaLOLs. They're tied for best in the nation with a 100% scoring percentage, but they've only made it to the red zone 5 times.
Five. Fucking. Times. That's last in the nation. 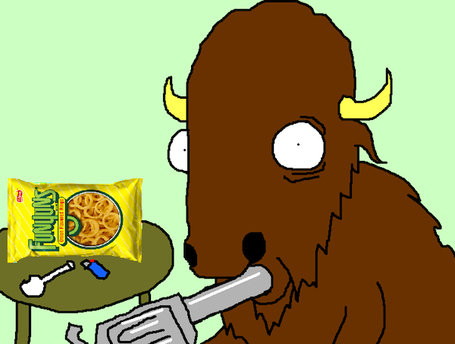 via the Prevail and Ride Shamepaint Archives.

Iowa, on the other hand, has made 23 trips to the opponents 20-yard line this year and have scored on 16 of them. So that means if........um....wait. Is that right? 16 out of 23? Are you shitting me? You're telling me that Iowa has had possession of the football 20 yards from the goal line and they've end up with zero points on SEVEN OCCASIONS? I can't breathe. Alarm bells are going off. DO WE NEED TO FIRE SOMEONE? 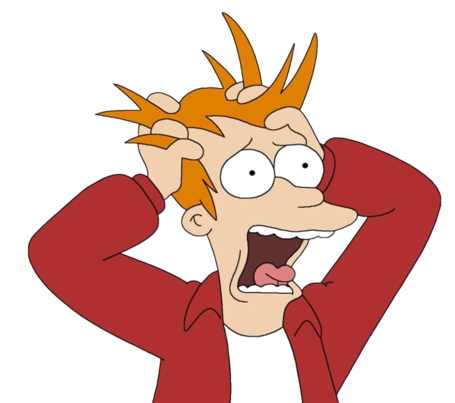 OK no, everyone relax. Maybe it sounds worse than it is. Maybe that's a totally average number and lots of teams have that many whiffs. Let me just check that real quick.

That's the 3rd most red zone misses in the nation. The only teams with more are Louisiana-Monroe and Middle Tennessee. Jesus, is that a real team? Middle isn't even a fucking direction! In fact, Iowa has come up empty in the red zone even more than Purdue and that factoid just made me poop a little. Let's take a closer look at those seven misses and see what the holy hell happened on each one.

Let's start with the NIU game. Iowa got into the red zone three times and scored 2 touchdowns and a field goal. OK, so the only game where Iowa was 100% in the red zone is the game they lost. That makes my entire brain hurt, so let's move on.

Against Missouri State, Iowa marched to the 20-yard line six times and four of those ended in touchdowns. The first miss came in the 2nd quarter while leading 7-0. At the end of a 12-play 45-yard drive that had lasted 5:24, Mike Meyer missed a 33-yard field goal.

Then in the 3rd quarter with the score still 7-0, Iowa put together an 8-play 73-yard drive that lasted 3:33 and ended at the MSU 2-yard line when Mark Weisman was stopped on 4th and 1.

Against Iowa State, Iowa made 5 trips to the end-zone and came away with 2 touchdowns and 2 field goals. The lone miss came in the 1st quarter with the score 0-0. At the end of an 8-play 38-yard drive, Jake Rudock was sacked on 3rd and 4 from the ISU 20 and fumbled.

In the Western Michigan game Iowa did most of the damage from further out, but still made 5 trips into the red zone and came away with just 2 touchdowns and 1 field goal. In the 3rd quarter with the score 38-3, after a 7-play 37-yard drive, Jordan Canzeri fumbled at the 8-yard line.

Then in the 4th quarter Iowa got the ball with 9:36 left and proceeded to run a 4-minute drill to end all 4-minute drills. They smashed out an 18(!) play drive that took them 63 yards down to the WMU 3-yard line and then kneeled that bitch out.

Then last week Iowa went up to Minnesota, who kindly presented them with 4 more red zone opportunities, but they only came away with 1 touchdown and 1 field goal. In the 4th quarter with the score 20-7, after an 8-play 54-yard drive, Rudock threw a pretty bad interception from the 17-yard line. Martin-Manley might have been able to bat it down, but he was busy being fucking annihilated into the turf while the ball was still in the air.

So what does that leave us with on the year?
Missed Field Goal: 1
Failed 4th Down Conversion: 1
Lost Fumble: 2
Interception: 1
End of Game: 2

*Throw out the end of games because those are meaningless kneel downs.

*Having a missed field goal from a guy who's 8-10 on the year and in the top 20 nationally with 1.6 made field goals per game doesn't concern me.

*Going for it on 4th down from the 2-yard line against a team that had 70 total yards against them in the first half is a call that every single Hawkeye fan in the history of the universe was screaming at Ferentz to make. Obviously it's not ideal that they couldn't pick up one yard against an inferior D-Line, but Weisman is top 5 in the nation in picking up 3rd and short yardage. Nothing to see here.

*One of the fumbles was by the 3rd string RB in garbage time. Disregard. The other was on a sack, where fumbles can be sort of a 'freak' occurrence. In that regard, allowing a sack is just as concerning as the fumble itself, but Iowa is only giving up 1 per game, which is top 25 in the nation thus far.

*The interception was bad, but the game was well in hand and Rudock seems like the kind of player who's going to learn more from that play than if he had thrown a touchdown pass. Yes, 4 INT's is more than you'd like to see out of the QB after the 5 games they've played, but hell, he's not even on pace to put up Stanzi-type pick numbers.

I know this all sounds apologetic and I'm not completely shrugging this off. I'm just backing away from the cliff for the time being.

Having said all that, it's not exactly tight butthole. Scoring touchdowns on under half your red zone trips is not gonna win many football games in the Big Ten. Ohio State has scored touchdowns on 21 of 24 attempts. How do you think that game in Columbus will go if Iowa misses a field goal, loses 2 fumbles and throws a interception inside the 20? I think we can all agree that it would be very loose butthole. If Iowa wants to exorcise the demons of 2012, when they were the only team in the Big Ten under 50% in red zone TD percentage, then it's time to start taking advantage of opportunities. If Iowa is going to beat Michigan State, then it's time to dial down the red zone fuckiness*.

And just for good measure, here's a picture of Mark Dantonio eating a baby. 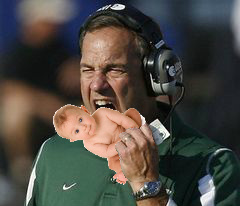