Caring Is Creepy 2014: Have a Seat, Miles Taylor

Iowa uses a bit of cunning and deception to get a three-star safety. How very un-Iowa of them.

Share All sharing options for: Caring Is Creepy 2014: Have a Seat, Miles Taylor

Last week, Iowa cornerback commit and D.C. area resident Omar Truitt started a small firestorm when he tweeted that Iowa was about to land another recruit from the mid-Atlantic (screencap blatantly stolen from Hawkeye Insider, because Omar's account is protected):

Truitt was an early commit to Iowa this cycle, and has been both open in his recruiting of other area players and known to jump the gun.  When recruiting services looked at Iowa's current board, saw that the only name in the region with any real buzz was safety Miles Taylor, and contacted him, Taylor denied that he was committing to Iowa.  In fact, Taylor said he remained solid with Georgia Tech, to which he had committed in March, before Iowa had even made an offer. 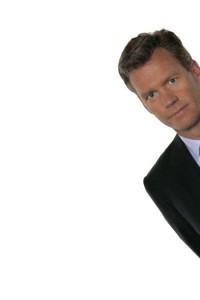 Voice of the Hawkeyes reached out to Taylor today to see if there was any truth in the speculation.

He said that Truitt wants him to take an official visit and he's trying to get him to flip, but Taylor confirmed that his commitment to Georgia Tech is solid.

He said that if he was coming to Iowa he would have favorited or retweeted the tweet, but he didn't.

Taylor even went so far as to say that Iowa had stopped talking to him.  Omar had bad intel and was just trying to push a Taylor commitment by claiming it was already done.  It wouldn't be the first time that had happened, but in the end, the recruit would stay with GT.  No official visit would be forthcoming.  Iowa would not have a chance to put on the hard sell.

Lomax, of course, is another defensive back from near Washington D.C., and would be an absolute lock (along with Nico Law) to host Taylor if he came to town.  So, yeah, apparently Taylor took a super double secret official visit to Iowa City this weekend.  And, at least according to Steve Wiltfong from 247, he committed while he was in town.

Taylor committed to Georgia Tech in March.  The early commitment might have prevented a significant offer sheet; Wisconsin and Michigan had significant interest but never offered.  Taylor is a three-star recruit at 247, Rivals, and Scout.  ESPN is still trying to figure out that football is played north of the Mason-Dixon Line, but while they did not actually scout Taylor, they do have a recruiting video:

Rivals has him ranked No. 47 among all safeties and No. 5 in the District. 247 is not as bullish, ranking him as the No. 71 safety in the nation and No. 7 player in DC, one spot ahead of Truitt. Scout is even worse, as Scout is wont to do.

There was a concern when Darrell Wilson left for Rutgers last February that Iowa's ties to the mid-Atlantic would be broken, and the pipeline that had recently replaced Florida as one of the Hawkeyes' most fertile recruiting areas would evaporate.  Iowa is now the only program with commitments from two of the top ten 2014 prospects in the District of Columbia.  Another defensive back, Marcel Joly, comes to Iowa from Maryland, and two more, Jameer Outsey and Terrence Harris, hail from New Jersey.  Iowa has not missed a beat in the mid-Atlantic, thanks in no small part to the efforts of Chris White, who had nine years of experience recruiting the area at Syracuse.

This is not the time of year where we expect new three-star out-of-state flips from other BCS-conference programs.  This is the time where we expect a handful of two-star projects, of guys flipping from Georgia Southern rather than Georgia Tech.  Iowa's shown a more agressive tone in recruiting this year -- Kirk Ferentz was so not having a secret official recruiting visit five years ago -- and is seeing the benefit.  Welcome to Iowa City, Mr. Taylor.