CHIRPING CHICKENS: A BRIEF AND VERY SITUATIONAL CONTEMPLATION OF FANDOM

"Fan" is short for fanatic and in the age of social media we are seeing that greater access allows for a new form of fanatical behavior. Is fandom becoming a more widespread display of this social dysfunction thanks to this greater access?

Share All sharing options for: CHIRPING CHICKENS: A BRIEF AND VERY SITUATIONAL CONTEMPLATION OF FANDOM

On June 14, 1949 a 19-year-old typist for a Chicago insurance company invited Eddie Waitkus, the first baseman for the Philadelphia Phillies, to a hotel room she had rented at the Edgewater Beach Hotel in Chicago, by passing a note through a bellhop. The Phillies were in town to play the Cubs and the typist was eager to meet Waitkus in the flesh, a player for whom she was a fan and had become obsessed with from his time earlier in his career as a player for the Cubs. To her surprise Waitkus arrived as requested and knocked on the hotel door, and after a few minutes needed to prepare to meet him, she invited him into her room.

"For two years, you've been bothering me, and now you're going to die," she told Waitkus. And then she shot him with a .22 caliber rifle she had recently purchased. Waitkus, known as The Natural among his teammates and even in the press, miraculously survived the gunshot. Ruth Ann Steinhagen was arrested, declared insane, and committed to a psychiatric hospital, where she would spend the next three years. She was then released and lived with her parents and sister on the North Side of Chicago until she died last year, at the age of 83. 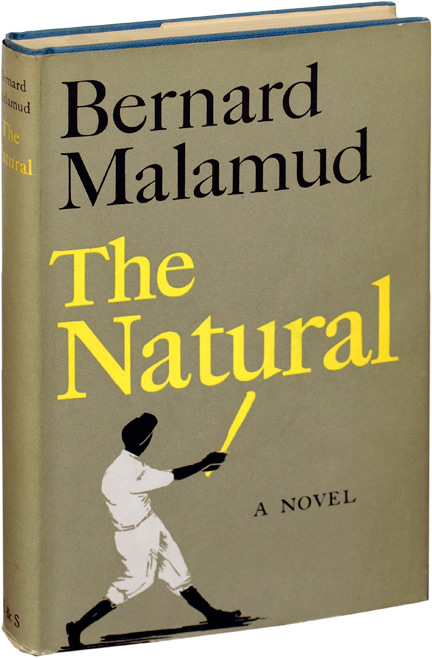 Bernard Malamud famously included the event in his novel, "The Natural." The novel was adapted in the early 1980s into a movie with Robert Redford playing The Natural and Barbara Hershey ostensibly playing Steinhagen. While the real Natural would physically recover from his gunshot wound and go on to play six more years in the major leagues, his son would later claim in interviews that he suffered from post-traumatic stress syndrome late in life, some of which owed to spending six years in the Philippines jungle during World War II, but some of which was undoubtedly from the assassination attempt as well.

It would be easy to file Steinhagen's behavior as extreme and pathological and dismiss it as irrelevant to more typical fan behavior. But, her behavior up to the point of attempting murder resembles other passionate fan behavior. Steinhagen had become focused on Waitkus before he was traded to the Phillies, when he was a player for the Cubs. She collected his photograph, followed his progress relentlessly in the papers, and attended Cub games often to see him play in person. But up to the moment in the hotel room, she had never so much as uttered a single word to him in conversation. Doctors would later surmise that once Waitkus was traded out of town her obsession became inflamed as she realized she would no longer be able to just "go see him" whenever she wanted. At which point, she plotted to kill him "if she couldn't be with him."

Fans have been likened to deranged sociopaths for years. When the Beatles appeared before screaming, weeping girls at airports, the teens would later be described as "crazed" and "hysterical" by the press. But these days' fans no longer have to physically stalk their obsessions, although they still most certainly do. The line between fan and athlete/celebrity has all but disappeared in the days of social media. Fans are encouraged to live in conversation with athletes and celebrities visa vis social media. Gone are the days of journalist serving as a kind of buffer between fan and athlete/celebrity. Journalists often edited out unsavory truths about athletes and celebrities in the course of promulgating the fantasy. But the journalists were in the middle, it was their access that fans relied upon and that distance might have been useful. Ruth Ann Steinhagen, as the times required, had to elaborately plot her way to the contact she craved, so she could say her piece to the object of her obsession. Teenage fans of the Beatles had to travel to airports, and stand behind police barricades to see them in person. But in 2014, as we saw with the Zach McCabe incident over the weekend, all a fan needs is a twitter account and they can be in direct conversation with the object of their obsession.

Deviance has always been considered to be on the fringes of fandom. The hyper fan image was mostly, and still often is seen as the obsessed loner, isolated from family, friends and community dominated by fixation on an athlete/celebrity figure. The obsessed fan is perceived as vulnerable to their passions and thus we are not surprised when they become irrational because their fantasy has become distorted by reality (e.g., their team wins or loses). Drunken rage, as a somewhat benign example, then follows the sports victory or defeat. We've have arrived at a place in culture where much of extremist fan behavior is tolerated and even accepted.

In academic literature on fan studies fandom is often discussed as a surrogate relationship, one that badly imitates normal relationships, a simulacrum of conversation that tries to replicate the virtues of face-to-face social transactions -- "para-social relationships" as they've been called. Inevitably the fan becomes frustrated that s/he cannot consummate his para-social relationship as "normal" and so they seek greater contact, which, when accomplished provides prestige and fulfills a psychological need that cannot be achieved in a truly anonymous relationship. Eventually the fan engages in behavior that defies objective reality, just as we saw with the tweets to McCabe. Does anyone believe that any of the fans that wrote a disparaging tweet to McCabe would have said those exact words in an actual face-to-face, one-on-one encounter with him? Of course not! Unless they were truly deranged and armed to the teeth.

Academics that study fandom might say these trolling tweets are nothing more than an attempt by the socially excluded, psychological needy fan to compensate for the absence of "authentic" relationships in their lives. The most viable and most effective retort by the athlete/celebrity is not to engage these trolls, but to cut them off by disconnecting. Reason is unlikely to improve things too, which is probably why McCabe responded with his own vitriol. By disconnecting from Twitter, as mandated by his head coach, McCabe likely will not only provide himself with a reprieve but he now undermines the fan fantasy, which has psychopathic underpinnings. By leaving Twitter McCabe cuts off his tacit contact with his reasonable fans, but he also cuts the supply lines to the whackos.

Over the weekend I visited Iowa City for the first time in many years and was hosted by Bellanca, who grew up in Iowa City. We attended the Wisconsin game, and prior to tip-off we observed the team courtside. It was enjoyable to see, in person and close up, the players and reconcile reality with mediated imagery of the players, CHA and the like. At one point Bellanca drew my attention to McCabe who was relaxed and stretched out on one of the sideline chairs, chumming it up with another player and looking every bit the undergraduate post-adolescent who plays a game part-time. Later on during the lay-up drills we both noted he was taller than we expected, but more slight of frame too. I find myself almost always marveling at the enormous height of basketball players when I see them in the flesh, up close, mainly because in my own social circle the tallest person I know is no more than 6' 3" tall. And he's considered a monster. The point though is this, our relationship with these players and these teams are mediated, deeply so. We do not really know these people.

When fandom goes beyond affinity to obsession, even mild obsession, we lose perspective and we, well, we see that manifest in a tweet of vulgar things expressed directly to a stranger. Fandom that becomes excessive and moves beyond the behavior that one might ascribe to an aficionado is easier to take on than ever before thanks to Twitter, yes, Twitter because it is immediate. Twitter allows the emotional to overtake the rational. A letter, delivered by mail carrier days later from a disgruntled fan to McCabe after his missed shot may still occur, but it is WAY less likely to happen and if it does, McCabe's response will be much more restrained, thanks to time and reason. But with Twitter, reason is imperiled. Reason is pushed aside and fantasy, which is subjective and imaginative, overtakes reality AND rationality and the lack of time and distance which is fundamental to a tweet, allows for it to occur. It's not entirely twitter's fault though, the player who decides to allow his fans the access must bear some blame as well. We do not blame mail carriers for our bills.

Fran McCaffrey has decided to insert himself into this situation, and I believe that is reasonable and fair. More importantly I believe it's a healthy and caring response to this whole thing. I have to confess I was a bit taken aback by McCabe's reaction to the trolling tweets (I am sympathetic to his reaction, but I was distressed by it as well) because it showed me that he sees these relationships as far more real than I do. I am not of the Twitter generation. I am of the telephone booth generation, a time when a phone call required privacy when not made inside your home. But I have a Twitter account, I have all of four followers, and it is new and it is mostly an experiment for me. Perhaps once I get further along I will find myself less disturbed by McCabe's reaction. Or maybe I will be even more troubled by it. For me, the key to social media is this: it is not a practical replacement for an actual relationship. It can support an actual, real relationship in amazing ways, and it can open the door to one as well, but it falls way short of serving as a facsimile for one. McCabe's response concerned me because it showed me he might value these relationships more than I feel he should. I know it was a kneejerk reaction by him, but psychologists believe our behavior under stress is often the most authentic of all our behaviors. 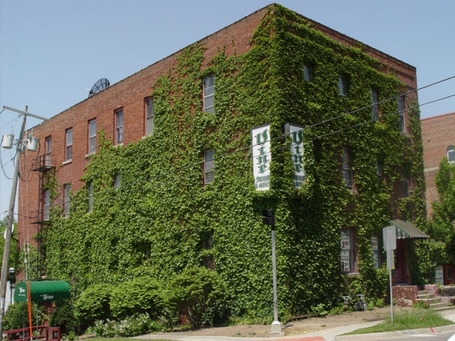 At the end of the game Bellanca and I walked to the car and drove to the Vine to have a few cocktails. The Vine was full of people wearing Iowa sweatshirts and hats, having a great time. It was a reminder of the more rational approach the vast majority of people take when they engage fandom. I appreciated that the Vine was not a funeral procession. The juxtaposition of fans still bedecked in fan gear having just witnessed a gut buster of a loss, nevertheless thoroughly enjoying themselves in a sports bar on a frigid February afternoon was not only heartening but a reminder that the real whackos infrequently roam the streets of the real world. Although, who knows? One of the vulgar McCabe tweeters may have been sitting right next to me at the bar. Such is the anonymity and cover provided by Twitter.