Iowa's fantastic defense keeps them close to the #1 team, but turnovers and bad offense prevent them from getting over the hump. 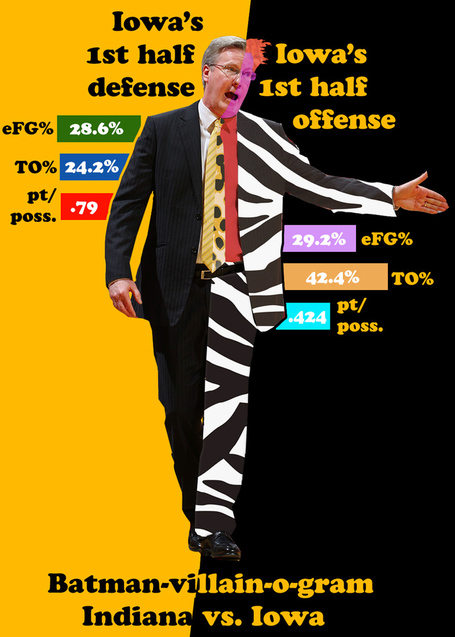 [UPDATE BELOW -- I messed up on something further down in the piece and there are corrections at the relavent places.]

You could certainly find flaws in Iowa's play in this game, but when you consider the opponent, the location, and the fact that Iowa was missing their starting point guard, I thought they played pretty well. Consider the following: