Iowa fells some Sycamores and Fran teaches us all to count. 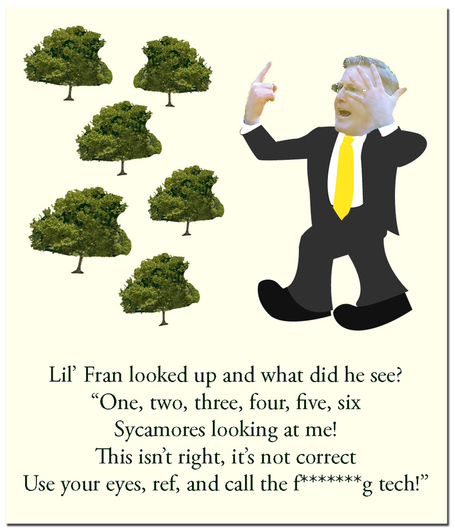 I realize this is a little late in the day and that I don't have much to add to Ross's fine recap, but, well, basically I wanted to share the first page of my new children's counting book with you all. Also, here are a few notes.