Too angry for words. 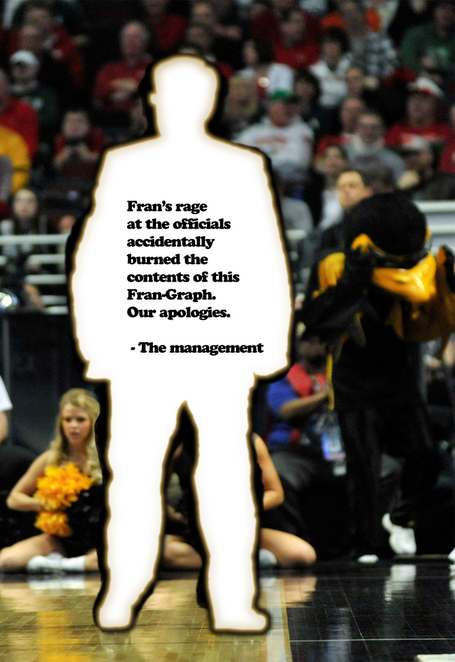 I'm still too mad to write about this game coherently, and anything I wrote would only come off as sour grapes and the biased rantings of an Iowa fan, so I'll just say two things:

In spite of the outcome, I was very proud of the way the team played, especially Melsahn Basabe, who held his own against two much bigger opponents. If this is the end of Iowa's NCAA hopes, it will be a bitter disappointment for a team that plays hard, smart and well.