Acie Earl's Sci-Fi Movie 'Moon Zero Three' Is Upon Us. We Have Pictures

I'm even looking past the "Fasthorse" stuff because this is amazing.

Share All sharing options for: Acie Earl's Sci-Fi Movie 'Moon Zero Three' Is Upon Us. We Have Pictures

As our sharper readers might recall, back three years ago there was a small rumble about former Hawkeye legend Acie Earl making a sci-fi movie/series/thing called Moon Zero Three. If you need to re-read that sentence a few more times for it to really sink in, by all means. It took us four tries.

Anyway, it's been a quiet three years since that announcement, and we wouldn't have blamed if you had lost hope on ever seeing Acie Earl fight aliens on the big screen. Fear not, friends: that day is here.

On Wednesday, November 6, the second part of the Moon Zero Three epic will premier at The Mill in Iowa City (of course it's the Mill). The first part is depressingly Earl-free, but it's all been a buildup to momentous things. Here's more from the press release sent to us, a.k.a. the greatest written paragraph in human history:

Earl, former Big Ten Defensive Player of the Year, is among the cast of "Moon Zero Three" a science fiction film made entirely in Iowa City. Acie plays the part of ‘Fasthorse' the powerful rouge nightclub owner who may or may not know all the angles on Moon Zero Three! 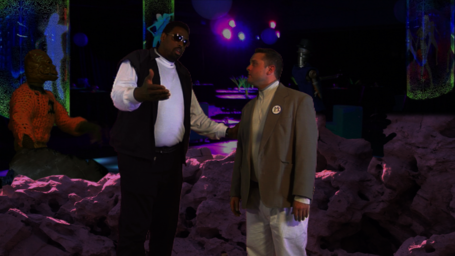 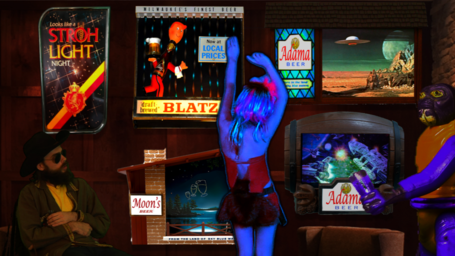 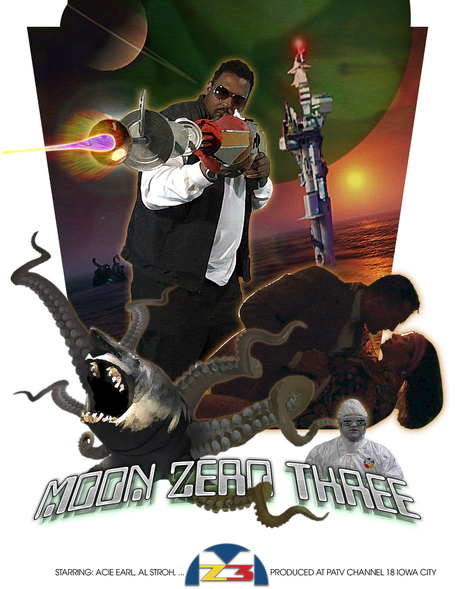 THAT IS ACIE EARL WITH A SPACE BLASTER GUN

THAT IS A ROBOT PERSON WITH DIVISION SIGNS ON HIS SUNGLASSES

AND THAT IS A RIGHTEOUS SPACE BLASTER GUN, ACIE EARL

We need to go to this, right? Let's pack The Mill and let the madness wash over us. When will an opportunity to get this weird come the way of us Hawkeye fans again? Like, ever?