Iowa just cut a 24 point lead to 4 in twelve minutes, so you know what time it is: time to play the feud! 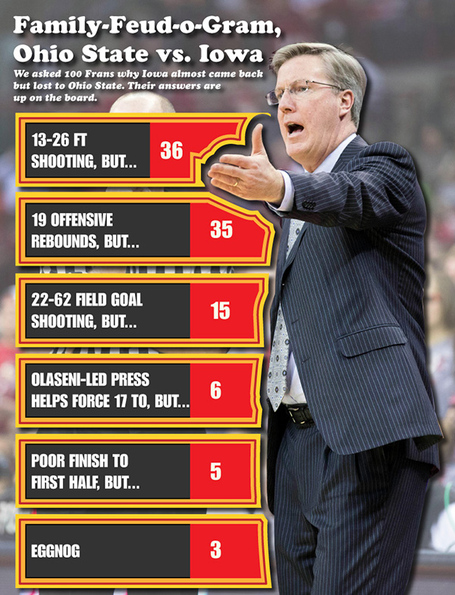 There was an uncanny symmetry between this game and Iowa's win on Saturday over Wisconsin. In both cases, a home team roared out to a big lead, faded dramatically down the stretch, then held on for dear life as the road team clawed their way back into the game. And if it weren't for some unusually poor free throw shooting, Iowa very well may have been able to pull off the comeback.

Since Ross already did an admirable job reviewing the game, I'll just add a couple of notes: