Iowa's disappointing loss can only be expressed in a meat-chart form. 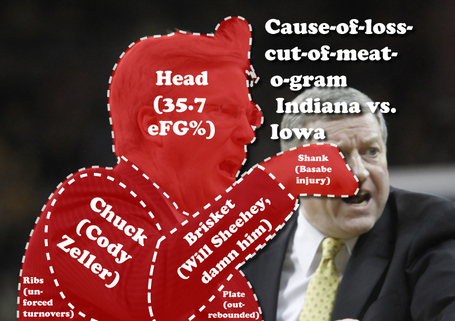 Not much time to write about this game (holidays, traveling), but a few thoughts on Iowa's close loss to Indiana: