Writing a preseason projection for the Big Ten Conference for football is pretty easy for an Iowa site. Project a 7-5 record and you’ll have a group of people saying that Coach Ferentz is way too set in his ways to get that good of a record in the modernized game and an equal amount of people touting Iowa’s ability to coach up mid-level prospects saying that 7-5 is too conservative. In Vegas, that is the sweet spot when half the group thinks one way and the other half disagrees — all juice, all the time.

In honor of the delayed release of Black Widow, and a tie in with the Marvel Cinematic Universe across SBNation.com, let’s take a look at the Big Ten Conference as if they were part of the MCU with Iowa being Hawkeye (obviously) and all the other teams being villains. The most important first step in this exercise is to assign teams their appropriate MCU villain.

Iowa - Hawkeye: Hawkeye is one of the most overlooked superheroes, mainly because he is “just” a human. However, don’t sleep on Clint Barton (nom de plume of Hawkeye) as he just seems like a typical Coach Ferentz recruit that is overlooked by everyone but once he’s coached up, is looked at as invaluable and then everyone wishes he was a part of their team. Iowa has had two players named Barton earn letters in their history (Gregory and Ryan) so perhaps Clint is a distant relative. One thing you know, Hawkeye will give it his all every time all the way to the end.

Illinois - Mandarin: In the comic series, the Mandarin was much more powerful than he was made to be in the movies. In the comic book he is a true archenemy to Iron Man, but in Iron Man 3, the Mandarin is actually an actor named Trevor and is simply no match to any Avenger. Trevor is the funniest when he is drunk, similar to most Illinois fans.

Indiana - Adrian Toomes/Vulture: Another enemy created from the success of Stark Industries, Toomes is the main villain in Spider-Man: Homecoming and is played masterfully by Michael Keaton. Although the Vulture was created due to a dislike of Tony Stark, it’s Spider-Man tasked with saving the day. Even though a bad guy, it’s hard to really hate Toomes, much like IU. A Hawkeye win is inevitable but the win doesn’t elicit as many positive emotions as others on the schedule.

Maryland - Sonny Burch: Maybe it’s their position near Washington D.C. that makes me picture Maryland similar to the villain Sonny Burch. Burch is a double-crosser that is dealing in black-market technology that he is trying to steal from Hank Pym, the creator of the Ant-Man suit and technology. As he is just a scummy human, Hawkeye would have no trouble with a victory here.

Michigan - Ego: The perfect choice for a Jim Harbaugh team. Ego is a powerful being and the father of Peter Quill from Guardians of the Galaxy. Ego wanted to remake the entire universe in his mold in an event called the Expansion but wasn’t quite powerful enough to accomplish this himself. When he produced offspring without the proper abilities, he was quick to destroy them (similar to throwing a player under the bus). Ego is played in the movie by Kurt Russell and though he’s not wearing khakis, you get the idea that he and Harbaugh could be brothers. Ego is certainly powerful but his downfall is his thinking that his way is the best and only way. While it will certainly be a tough match year after year, Hawkeye can win this. Whether it will happen this year is a coin flip.

Michigan State - Red Skull: We meet Red Skull in Captain America: The First Avenger. Red Skull, aka Johann Schmidt, is a former confidante of Adolf Hitler but he doesn’t think Hitler is doing quite enough to rule the world the right way so he goes about trying to do it himself. After a mishap with the Tesseract, Schmidt becomes Red Skull and becomes the keeper of the Soul Stone which becomes a thing later in the series during Avengers: Infinity War and Avengers: Endgame. I can see a resemblance with the former coach in the image slider below, can’t you? Since we don’t know much about the new leader at MSU, this will be a bye this season. 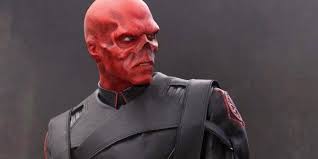 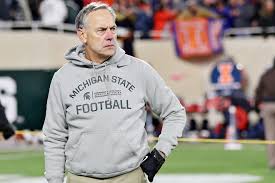 Minnesota - Helmut Zero: Zero starts the feud between superheroes in Captain America: Civil War when he frames Bucky Barnes and forces the heroes to take sides on bringing Barnes in or standing behind him and his innocence. Zero isn’t capable of winning battles on his own, so he resorts to gimmicks and schemes to get the job done in the short-term (“Row the Boat” anyone?).

Nebraska - Alexander Pierce: Pierce is perfect for Nebraska as he is something old that used to be good but is now bad! The perfect tie-in is the fact that Pierce was behind developing a system with an algorithm that would eliminate 20 million people that he didn’t believe were supportive of his beliefs, kind of similar to the algorithm that Nebraska uses to send out 20 million scholarship offers.

Northwestern - Obadiah Stane/Iron Monger: Stane was the business partner of Tony Stark and a friend of Tony’s father, Howard Stark, the creator of Stark Enterprises. Jealousy of Tony’s success leads Stane to try to invent his own Iron Man type suit and become the Iron Monger. Unfortunately for Stane, he doesn’t quite have the intelligence of the Northwestern alums and his fate is sealed by his own invention similar to the high academics standards that prevent Northwestern from playing with the big boys year in and year out.

Ohio State - Thanos: Thanos is the biggest, baddest bad guy around. Typically you wouldn’t think there would be a chance for victory, but every once in a while the big guy screws up and you have a 55-24 whipping. Unfortunately those kind of results are rare and Thanos is typically the big dog of the conference that all others are looking up at.

Penn State - Loki: Powerful and slimy describes both of these entities. PSU has been a big player and are looking again as if they will be tough year after year. However, there’s too much in their history to like them if you’re not a die hard fan already. Unlike the school, Tom Hiddleston who plays Loki, is likable even when you know he’s going to stab you in the back (sometimes literally). Loki isn’t the biggest guy on the block but he always has tricks up his sleeve so you can’t overlook him ever.

Purdue - Darren Cross/Yellowjacket: The protege of Hank Pym (Ant-Man), Cross, like all villains, wants to steal the technology for his own nefarious desires. Coach Brohm is an interesting leader at Purdue. He seems to have the goods to bring in talent and coach it up, but will West Lafayette be a big enough playground for him or will he aspire for more like Cross and become Yellowjacket (maybe Georgia Tech is in play soon?)?

Rutgers - Stan Lee: God rest his soul, but Rutgers (the “birthplace of college football”) is simply Stan Lee, the creator of MCU. While Lee isn’t a bad guy, he does make a cameo in each Marvel movie up until his death and it just feels like Rutger’s is just trying to make an appearance each year to be seen. Always good to see them on the screen, but you just know they don’t have a pivotal role so it would be hard to try to get them into a villain role.

Wisconsin - Hela: The older sister of Thor and Loki (step-sister), Hela is a powerful Asgardian Goddess who makes her screen debut in Thor: Ragnarok. Once her father Odin decided that peace was the best way to keep the realms in check, Hela decided that murder and death were the best ways to expand her power and was banished to Hel. After escaping once her father died, it takes all the Avengers have to eliminate Hela.

For the sake of the schedule, we will add one non-conference game to the schedule and that opponent will of course have to be:

Iowa State - Whiplash: Iron Man 2 was possibly the worst film of all the MCU offerings (not including The Incredible Hulk). One of the main reasons for this is Mickey Rourke who basically phones it in as the villain. Once again, someone is mad at the Stark family and is seeking revenge. And once again, they fail miserably. Like Iron Man 2, Iowa State doesn’t really belong with the rest of this great group but what’s a list of villains with the Cyclones?

Just like the movies, Hawkeye is insanely underrated and will definitely be better than the 7-5 record. Now, move the line to 8-4 and I may have to reconsider.