Fantasy Football and the Iowa Hawkeyes

Tips and strategies to help you win your league, maybe even a BHGP league.

Share All sharing options for: Fantasy Football and the Iowa Hawkeyes

Many of you are probably preparing for your NFL Fantasy Draft and I’m here to help you along with your journey (or to let you know where you went wrong if you’ve already drafted).

While I’ll list some of my favorite picks by position, this will also certainly have a Hawkeye flavor to it when we touch on the tight end position and the defenses.

Before continuing, let me know in the comments section if you are interested in me putting together a 10, 12, or 16 team league in Yahoo! for BHGP readers.

On to the draft primer. There are dozens of different ways to play and score fantasy football, but my comments will be related to the traditional Yahoo!, head-to-head, standard league (ten teams) with a snake draft (non-auction).

An important question is where you will be drafting. If you are in the top five, a running back is probably going to be your first pick. However, if you fall in the six to ten range, you can do some different things like grabbing an early wide receiver or if you’re ninth or tenth, double up on receivers to have the best tandem in the league. I like this strategy because typically wide receivers stay a little healthier than running backs.

A couple different thoughts here. My personal philosophy is to not worry about who has a bye during the first six rounds of the draft. If somehow I draft six players that all have week seven off, so be it, looks like a loss that week. Typically this doesn’t happen and at worse, two of your top six have a bye the same week. That’s something that can be overcome.

Another strategy is to look carefully at when your players have a bye so that you don’t have any of your projected starters that have a bye the same week. My thoughts here are you will never have a “full” lineup any week if each week, one of your guys is out. I’d rather have seven of eight weeks at full strength and punt one week.

Currently, the top five players drafted in an average league are running backs. Saquon Barkley, Alvin Kamara, Christian McCaffrey, Ezekiel Elliott, and David Johnson are going off the board first.

Elliott is currently sitting out the preseason hoping to get a contract extension. The longer he holds out, the more time for him to do something dumb that could get him suspended so I’m passing on him in the first five picks.

I like McCaffrey and Johnson from this list, Johnson especially. If he can stay healthy, the addition of Kyler Murray will open up some new dynamics in Arizona and Johnson should pay dividends.

In later rounds, I like Dalvin Cook, Nick Chubb, and Chris Carson.

There are only two receivers being drafted in the top ten right now, DeAndre Hopkins and Davante Adams. Both of these are incredible talents but the second and third rounds have many receivers that will put up comparable stats such as Julio Jones, Odell Beckham Jr., Michael Thomas, JuJu Smith-Schuster, and Mike Evans.

Moral of the story is that there is probably a deeper group of receivers than running backs. If you’re picking in the middle of the first round and there is a runner you like, grab him. If you pick last, you may want to try the double up on receivers strategy.

Advice on Antonio Brown? Let another owner have the crazy, you stick with the boring and reliable.

Fantasy newbies often draft a quarterback too high simply because that is the glamour position. Who wouldn’t want to draft six-time Super Bowl winner Tom Brady in the first round? Title winning fantasy players, that’s who.

Patrick Mahomes is currently the top QB being chosen at an average pick of 16.6 (mid second round) and then it drops until the Deshaun Watson and Aaron Rodgers grouping in the early 40s.

Get your skill positions first then look for bargains like Drew Brees in the 7th round, Brady in the 11th round, or Lamar Jackson in the 13th round.

You’re reading this because of the Hawkeyes, so let’s talk about OUR position, the tight end. Currently Travis Kelce is being drafted midway through the second round while former Hawkeye George Kittle is the second tight end picked at an average spot of 23rd. If Jimmy Garoppolo can stay healthy, Kittle can have another monster year.

Recent first round draft picks T.J. Hockenson and Noah Fant are coming off the board as the 20th and 22nd tight ends respectively. This is roughly midway through the 13th round. Both of these picks are insanely undervalued. Ahead of them on the list include Rob Gronkowski (retired), Jason Witten (back from the TV booth), and Tyler Eifert (never played a season without being injured). I expect both of the former Hawkeyes to perform in the 5th-8th round range if given the chance. Fantasy seasons are won by grabbing bargains in later rounds, here is your chance to do that. 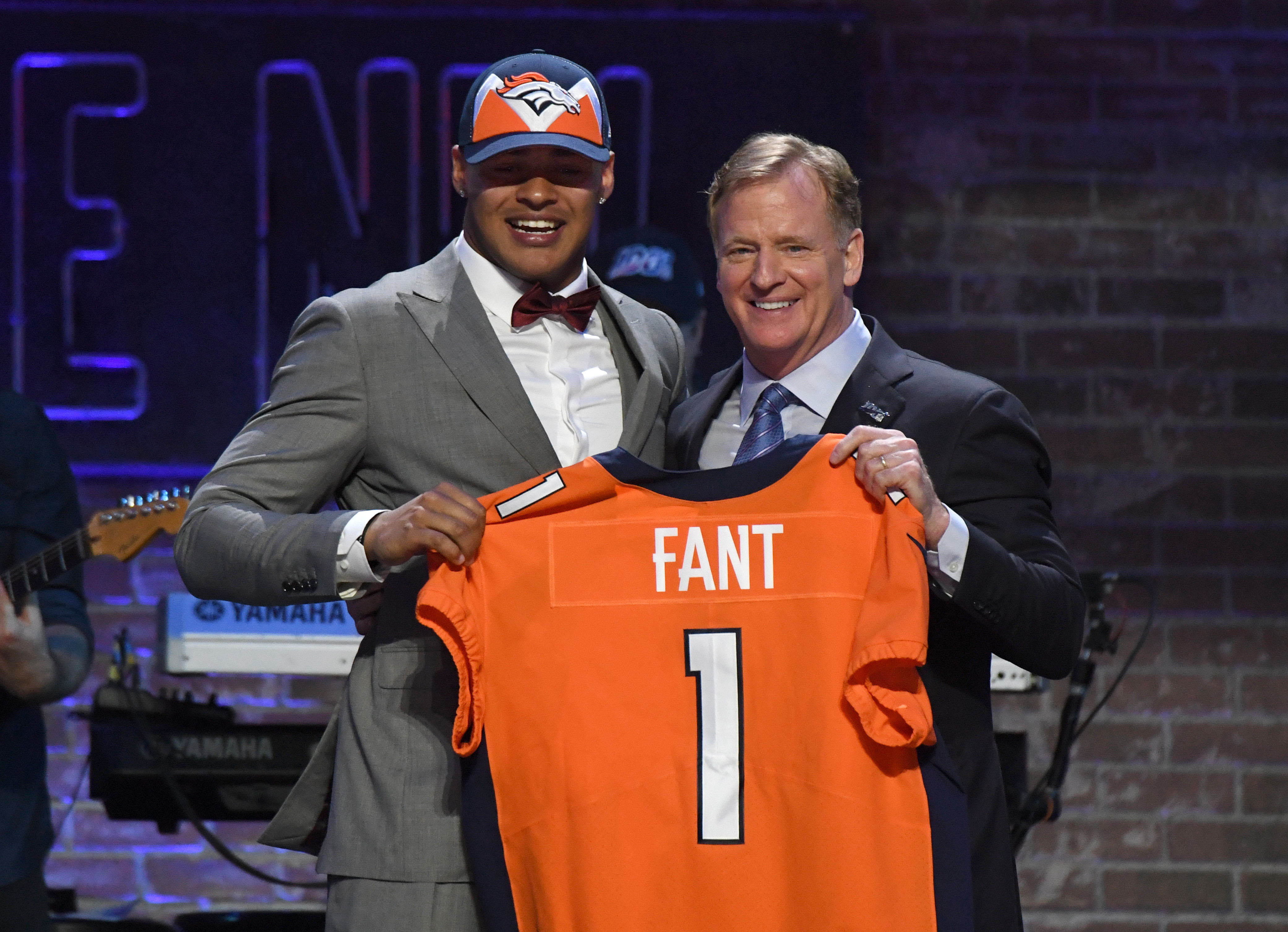 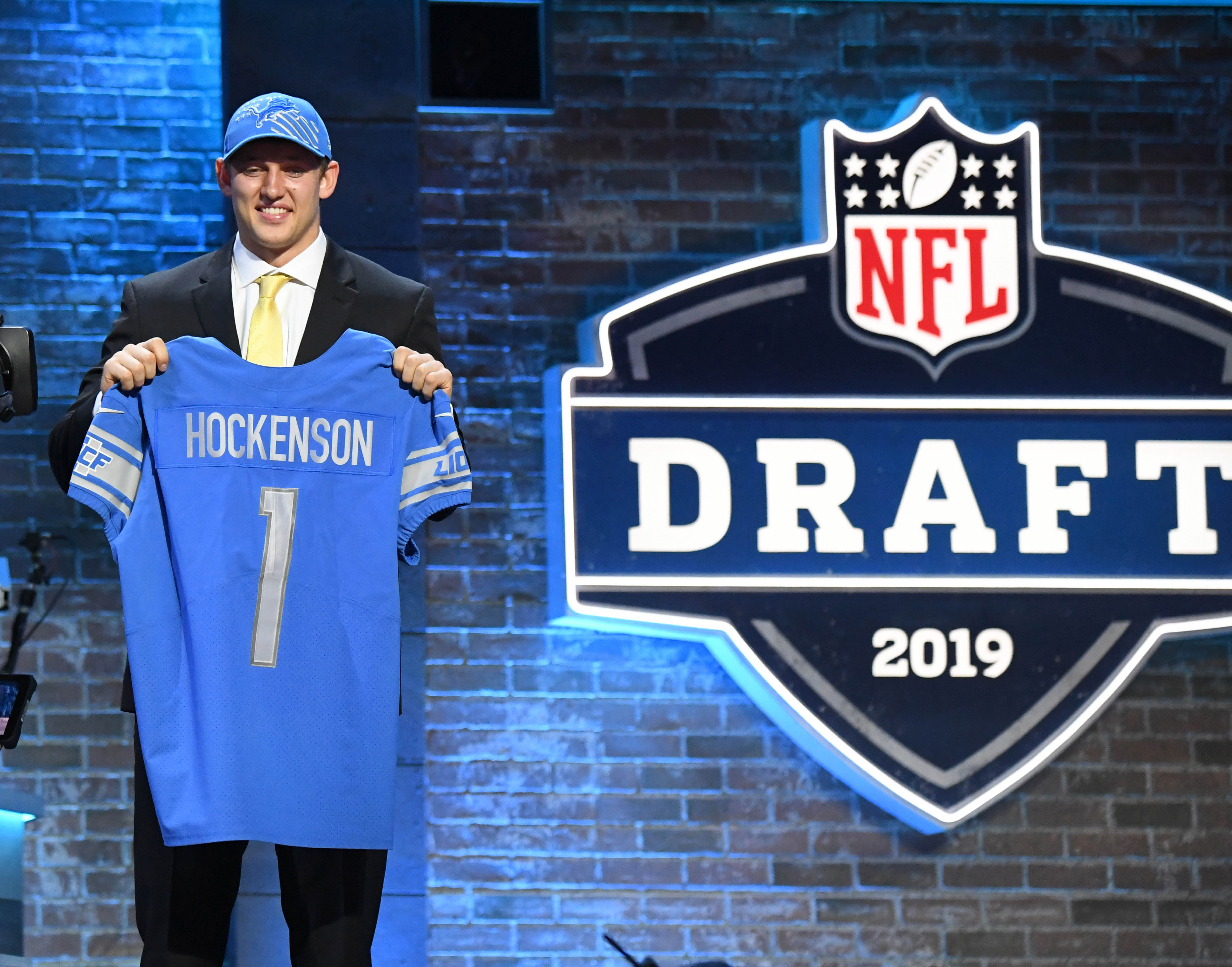 There are some Hawkeyes that will be playing for some of the more valuable defenses. Right now only the Chicago Bears, Los Angeles Rams (Jake Gervase), Jacksonville Jaguars, and Baltimore Ravens are going in the top ten rounds. To me, that’s four teams too many.

Wait until the 12th or 13th round and grab a defense and then if necessary, switch them during the season based on their weekly matchup. Right now I like Denver (Josey Jewell) in the 13th round as my pick.

I couldn’t even muster the energy to bold “kickers”. Make them your last pick and cross your fingers. Ultimately you want a kicker for a team that can drive the ball but doesn’t have the horses to get the ball across the goal line setting up numerous field goal attempts.

Last year, the Houston Texans and Ka’imi Fairbairn had the most attempts at 42 but be aware that their QB Deshaun Watson was injured for part of the year. He has the ability to scramble and turn some of these potential attempts into touchdowns.

Hopefully this little primer will help you win your league or even interest you in playing for the first time. There are numerous free leagues so don’t be afraid to give it a shot. Unlike some of the other fantasy sports like baseball or basketball, the time requirement for football is much less extensive.

If you can start your own league with friends, it becomes even more fun as you will ultimately set up a prize for the winner and loser and the year-long smack talk will be epic.

For those who haven’t watched “The League”, I highly recommend it (spoiler alert below).