JAMIE POLLARD GETS A PHONE CALL

An old friend says hello... but will another?

Share All sharing options for: JAMIE POLLARD GETS A PHONE CALL

It's a great day to be a Cyclone!

I haven't even told you why I'm calling!

You listen here, Jay Jacobs. I was once a proud man until you broke me. I had a good thing with Gene Chizik until you took him from me.

Jamie, for that I owe you the deepest apology. I'm sorry. I had to do what I thought was right for Auburn football, and we got a national championship out of it. Surely you must recognize that.

That was supposed to be MY national championship!

Okay. Yes. It was yours. And that's what I wanted to talk to you about. Our football coaches.

Well, I've always felt bad about taking Gene away from you and leaving you with Paul Rhoads.

The "Spread Eagle," we call him.

It sure is, Jamie! Anyway, Gus led us to a BCS Championship bid last year, but he came up just short. And I gotta tell you, my boosters aren't happy about that.

That's not my problem.

Well, the thinking is that we need an Iowa State man at the helm to get the job done. An Ames man.

(looks back out window)

But why now? Why not at the end of last season?

Well, I gotta tell you, we weren't terribly enthused by the two-game winning streak y'all put together at the end of last season. We wanted to get our guy while he's mired in a losing streak. Call it superstition.

You sure are, Jamie. You sure are. So the really good news is you can go ahead and get Gene back if you wanted. I texted him the other day and he *personally* told me that returning to Ames is, I quote, "not the worst idea I've heard."

DO IT FOR THE CONSOLABILITY, JAMIE.

You're—you're saying all of this out loud, just FYI--

If you want Paul Rhoads, by god, you're going to give me Gus Malzahn.

Why, Jamie, that's absurd! That is a king's ransom!

I am putting my foot down, Jay Jacobs. You can't scam me, Jamie Pollard. I want Gus Malzahn or it's no deal.

Well... well. I tell ya. I like the way you do business. You've grown into a leader. And since I respect you like that I say we get this done.

All right! Hang on a second.

(opens window) HEY PAUL, YOU'RE FIRED! GET OUT OF HERE AND GO TO AUBURN!

(closes window) Okay, where were we?

Yes, our agreement. Now ordinarily I'd say we shake on it, but we're on the phone and all.

And we can't shake hands over the telephone! Ha ha ha ha ha!

Um... no, we can't. That's the point I was trying to make. So while my secretary draws up official papers that we'll fax over tomorrow, what we'll do for now is a verbal gentleman's agreement. We'll each declare what we get in this exchange.

Paul Rhoads for me...

Let's do it again. Make it a little fun. We're fun guys. The Rhodes Scholar for me...

SPREAD EAGLE FOR ME. 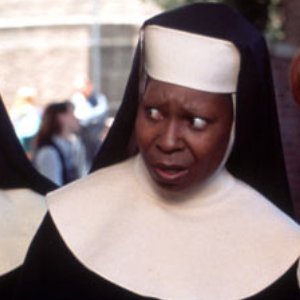 CHILDREN, LET US LEAVE THIS DISTURBED HOUSE OF SIN AT ONCE.

Mister Pollard! I refuse to do official business with a, a, a brazen pervert! And I will be forwarding this audio on to Gene Chizik at once, and he will definitely never call you back or even think about you again! GOOD DAY SIR! 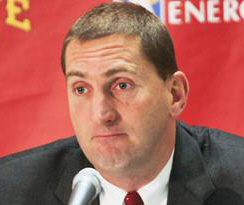 Oh man. How did you know he was going to fire Rhoads? That wasn't part of the deal. We were just trying to get him to say something gross in front of the orphans.

That's the great thing about Jamie; you get him going, then just stand back and let the show unfold.

I don't think Paul understands English, so no. Another beer?

I dunno, what if my team's not ready to beat Iowa State?

All right, all right. Let's call Tim Beckman and tell him he's a hamster.

God, that's not even fair. Let's at least make sure he gets some wood chips for his office.