The atmosphere at Kinnick Stadium needs an improvement and Gary Barta has just the man.pet

In the Iowa football office, a tour is underway

And this is where a lot of our offices are... oooh, you see that phone over there? We make a ton of prank calls from that phone, you are going to love that.

And here's our trophy case, pretty full, huh? Well, I don't want to take too much credit, but that's all because of me. Go ahead soak it in...

Oh, just the man I was looking for...

Baby, what a big surprise.

Gary, always a pleasure, sorry to just say hi and run, but we've got pract- wait, is that who I think it is?

Mmm-hmmm. Kirk, I'd like you to meet Peter Cetera. 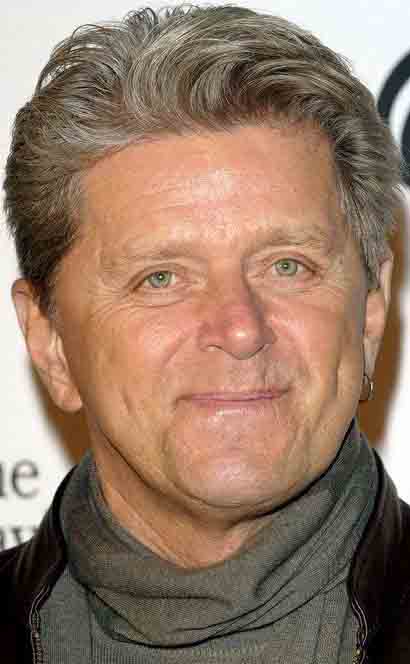 No... way. He grabs and shakes his hand vigorously. It is such an honor to meet you. Chicago was the soundtrack of my 70s. What are you doing here?

Well, you know how the athletic department has gotten a bad rap for not having  a good enough stadium atmosphere at Kinnick? Hell, of course you do, your son was one of the first detractors.

Yeah, he twitted it.

Well, I've decided to follow the example of Michigan State and get the program a musical celebrity number-one fan.

Thanks, you don't know how much that means to me. But Gary, I think what my son and others were saying is that the stadium's atmosphere seems to be stuck in the 70s and 80s.

That's right, and I'm not sure what message its going to send when you introduce 70-year old Peter Cetera as the program's hip fan.

Hey, he's 69 and, what were you telling me earlier?

That's right, he's feeling stronger everyday. Now let's be clear, we're not stuck in the past, we just have a tendency to play the same songs in the same situations.

That it is, Peter. That it is.

Is he a real fan, though? Peter's from Illinois, maybe he's an Illini fan.

Oh, he is a big fan, believe me. We were talking about his favorite games before we came and met you. He loves the Tate-to-Holloway Capital One Bowl game, even remembers the score - 30-

Wow! Anybody who can appreciate the 6-4 game is alright in my books.

And guess what? He wants to record a new song about the Hawkeyes - a duet with the head coach.

I think I just peed a little. Clears throat Really though, I need to get to practice, just a little over a week until UNI.

Alright, I can stay for a little longer, but if I wait too long Scherff will throw that blocking sled again.

You should just be honored that this lumina-

Does anybody really know what time it is?

Peter check his watch, nods and then begins to take off.

Do you have to leave right now? Can't the golf course wait?

Saturday in the park?

I'm not sure about this.

When have I ever been wrong?

Anyway, I know you'll change your mind when you see the billboard.