The story of how the Big Ten decided on the new logo for its latest, 14-team incarnation.

Share All sharing options for: THE BIG TEN CHOOSES A NEW LOGO 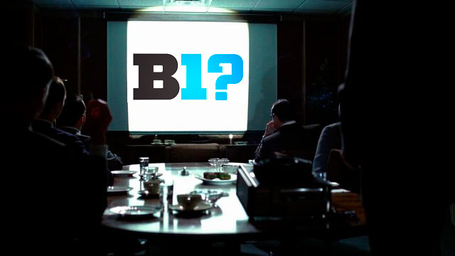 We're glad you all could come on such short notice, gentlemen. The football season is just weeks away and we still don't have a branding strategy in place for the new, improved 14-team Big Ten. We'll be hearing proposals from several firms today. The first pitch will come from the firm of Sterling Cooper Draper Pryce.

Thank you, Jim. Could you get the lights, Harry? [Takes dramatic drag on cigarette] Now, we all know that football is a glittering lure. But there's the rare occasion when the public can be engaged on a level beyond the sport, if they have a sentimental bond with the product. My first job, I was in-house at a minor conference - division two, lots of small New England schools - with this old pro copywriter. Arab guy, named Amin. And Amin told me the most important idea in football advertising is "the game is on". Creates an itch. You simply put your product in there as a kind of... Gold Bond powder. But he also talked about a deeper bond with the product: alcoholism. It's delicate... but potent.

Amin told me that in Arabic, "alcohol" literally means ... "the alcohol." It's a twinge in your liver, far more powerful than football alone. This conference isn't a competitive sports league. It's a mechanism for getting really, really drunk. You go backwards, forwards, then you usually stumble a little, and maybe grab some cool, cool grass. Because it feels so cool. On your face. This league takes us to a place where we ache to go again - the men's room, or the alley behind the bar, or maybe just some stranger's yard - whatever's most convenient. It's not called the Big Ten. It's called the Big-Drinky-Poo. 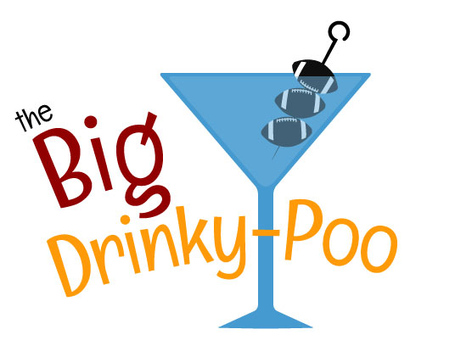 It lets us drink, on a schedule, with a lot of other people, without having to acknowledge that we just might all have a serious problem. A round and a round and then another round or six, and back home again... to our nice cool beds, or the linoleum on the kitchen floor, which is also cool. 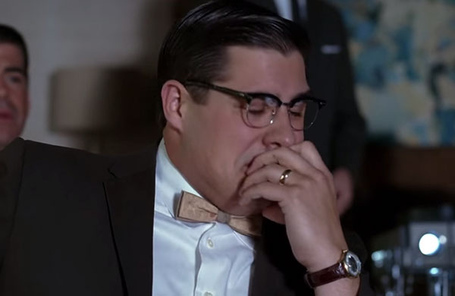 [Harry Crane runs out of the room crying]

Well, I can't deny you've got a pretty accurate bead on our fans, but our official stance is that alcohol at games is a problem, so we'll have to pass. Next we have the firm of Sewell, Eustice and Calhoun.

Good day, sir. Now when you think about the Big Ten, what comes to mind? You think of places like Michigan and Minnesota and Wisconsin - cold, desolate climates that breed a special sort of toughness into the people who live there. You think of football in the snow, of big linemen opening holes for bruising running backs, of slow, plodding games where both the final score and the temperature remain stuck in the single digits. You think of the tundra, of a world covered in ice and snow, where only the large and powerful can survive. In short, you think of the Ice Age. And what symbolizes the Ice Age - and the Big Ten - more than that emblem of strength and size: the Wooly Mammoth. I give you: The Mammoth Ten. 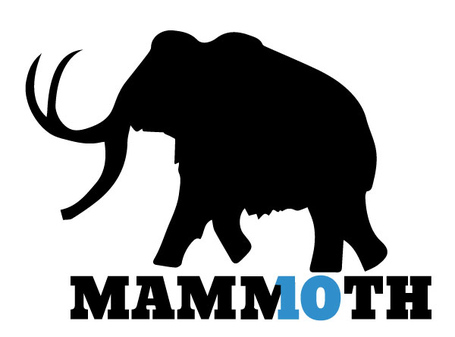 — slow and sluggish and, um, laggard and dilatory and it can't adapt and is going extinct -

SLIVE! I knew it was you. Get the hell out of here.

[removing disguise]: Hah! Y'all just can't compete with our SEC SPEEEEEEEEEEEEED! [blasts out window with jetpack]

I should have known not to trust an ad man wearing a white linen suit.

[zooming past window from left]: I'll S-E-C you later, yankees!

Can we close this window?

[zooming past window from right]: You can run, Big Ten, but you can't fly!

I'll just get these blinds.

[zooming past from above]: I've got nowhere in particular to be because although the SEC is blazing fast our region is also known for its laid-back, slow-paced lifestyle ironic isn't iiiiiiiiiiit?

Ah, there we are. [closes window] Now, our next presentation is from, umm... BHG&P. I've never heard of this firm before, but they do have four letters and an ampersand in their name, so they sound legit.

Good morning gentlemen. I hate to be the one to tell you this, but the Big 10 is dead.

For a long, long time, the membership of your august institution remained stable. Six members - Purdue, Michigan, Wisconsin, Minnesota, Illinois, and Northwestern - have been there from the start, when they banded together along with the University of Chicago to form the Western Conference in 1896. Iowa and Indiana joined in 1899, Ohio State in 1912, and Michigan State in 1949 (to replace a departing Chicago). For 74 years, from 1917 to 1991, the Big Ten was truly a ten-team league, and 80% of the membership has been place for 95 years. Ninety-five years, gentlemen. During that time, dozens of nation-states came into existence, lived, and died: Biafra, Rhodesia, Upper Volta, Ceylon, Czechoslovakia, just to name a few.

A community, gentlemen, is a structure built along two axes: space and time. For 95 years the space of the Big Ten remained unchanged: the Midwest. The places defined the people, and the people defined the league. Rivalries formed in the only way true rivalries can: by long proximity to people who loathe one another. In this matrix of time and space, there was room for new practices to form, new customs, new folkways: colors, songs, mascots, chants, hatreds. Patterns of force developed – underdogs, bullies, doormats took their places in a hierarchy. In short, a culture developed.

It's not a coincidence that the word "culture" shares a root with the word "cultivate." Both words derive from the idea of tending to or developing a plant or crop, a process that takes time and consistent care. Over the past 23 years, the Big Ten has chosen to abandon both. Penn State was added in 1991, and just as they began to feel like an organic member of the league, the conference added another school – Nebraska. Perhaps in another 20 years, the same process of integration would have taken place with them, too. But before such a process could even begin to take place, the league expanded again. And this time it stretched itself far beyond recognition. It abandoned its Midwestern identity by including two definitively east coast schools, and it destroyed the pleasantly consistent feeling that comes by watching your team play (mostly) the same collection of regional rivals year after year.

Communities only form if they are given time to cohere, if they are allowed to grow dense with connections and meanings. They are truly organic things — which is to say they are alive and can die. Sometimes, if you are very careful and if you move very slowly, they can be massaged and reshaped and yet retain the same, fundamental essence. The Big Ten has not been careful; it has moved at lightning speed and with no regard for its core identity. It's hard to conceive of it as the same thing anymore.

Therefore, we recommend a complete and total re-imagining of the conference's brand: the Midwest-Mid-Atlantic-TV-Money-Cash-Grab-Football-and-Sports-Alliance (MMATMCGFSA): 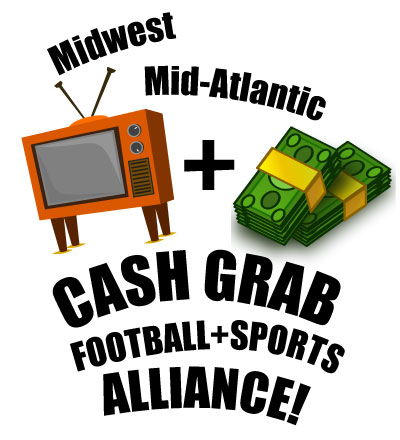 The name's a little oversized and ungainly, but then again, so is the Big Ten.
[BHG&P leaves room]

That was the worst presentation I think I've ever seen. So long-winded — and kind of preachy, too. Plus I'm not sure they really wanted the job. Do we have anyone else? What about our in-house guys? What do you have?

Umm... we think the league has a pretty good brand right now, so we just tweaked it a little.

Hey ... I like it! You've still got the 10 hidden in there and it acknowledges the new schools.

But wait - what if, and I'm NOT SAYING WE'RE GOING TO, but what if we were to, say, add three or four more schools.

We anticipated that, sir. 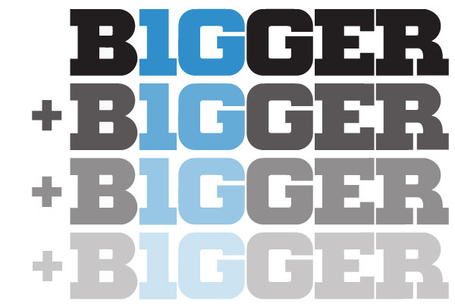