PARTY IN THE (MIDDLE OF THE) USA! HOW TO GET INTO IOWA

With the school year right around the corner, returning and incoming University of Iowa students have something to look forward to: Getting hammered beyond belief. Finally, a little advice for high school students who want to come fully loaded to Iowa, proud champion of Princeton Review’s 2013 list of the Top 20 party schools in the U.S. Editor's note: We are legally required to mention that the quotes herein are not real. But you knew that, right?

Share All sharing options for: PARTY IN THE (MIDDLE OF THE) USA! HOW TO GET INTO IOWA

For ambitious high-school students today, the formula for getting into a den of iniquity that doubles as a degree granting institution can seem just as simple. The conventional wisdom is that taking your high school studies lightly, showing up late to the SAT test, and securing a letter of recommendation from a bartender or a club DJ is the path to success. But it's surprisingly more complicated than that. Every hour not spent in class should be spent building a formidable slacker resume: in your basement memorizing amusing quotes from Season 3 of "16 And Pregnant," captaining the local hackysack club team, learning how to make hooch off the Internet, and joining a half dozen organizations or societies on the Southern Poverty Law Center watch list. Of course, that isn't to say that a 2.35 GPA with a dearth of AP classes isn't also essential.

Do all of that and you'll get into Iowa, right? Well..."We could fill our class twice over with ravers, stoners and alcoholics," Iowa President Sally Mason told an audience of prospective students and parents at the Coralville Brrr Fest at the Coralville Marriott Conference Center and Exhibit Hall in Coralville, Iowa, sponsored by the City of Coralville, on Monday. That means admissions officers rely on intangibles like an essay that convincingly captures slurred speech or makes fun of volunteer work as "like a total waste of time" to decide who comprises the select 78.4 percent of applicants who get in. One admission representative's insider tip was to include an application supplement, like a bag of beer caps from a particularly lengthy bender or rolling papers from other countries.

Mason's top tip for raising an Iowa man or woman: "Do your best to make sure your children have a super high tolerance for stimulants and/or depressants by giving them Over The Counter (OTC) medications early and often." For parents and students alike, that's both good news and bad news. The bad news is that of course it's much easier to say that than to actually make it happen. OTC meds are pretty expensive, so for those families where funds may be tight or who've been banned from their local pharmacy, Mason recommended they encourage their children to begin drinking light beer in middle school or even in late elementary school, if they are on the heavy side, as a way to develop an interesting personality and an adjustment to being tipsy. 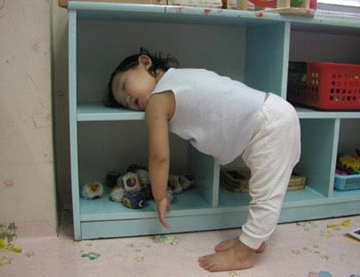 But the good news is that knowing Iowa uses this kind of criteria, kids can focus on shaping their teenage years in a way that isn't just about trying to build up resume line after resume line, and instead focus on a more holistic sense of self where it's getting inebriated one day and then missing school the next. That seems like a far more sensible way to move through high school than spreading oneself too thin trying to get into a slew of drugs, none of which can receive a deserving focus. Not having specific preferences, or addictions, encourages a dilettantish approach to partying and that is just the opposite of what Iowa has traditionally tried to encourage. 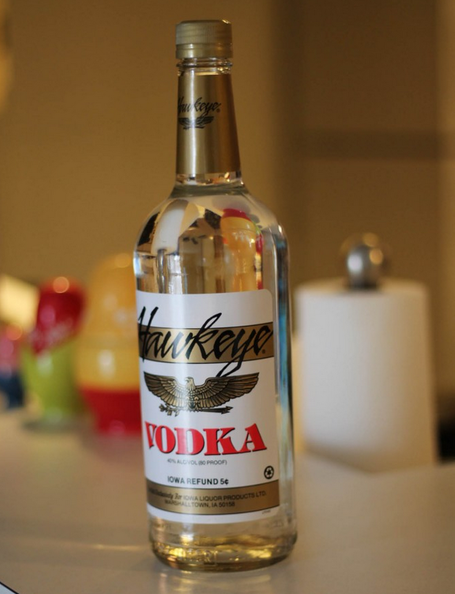 Mason's "iPad & a Fifth of Vodka In Every Classroom" pilot initiative has been very favorably received.

And there's another bonus piece of good news: If Junior can get in to Iowa, he probably doesn't need to work a job on the side because, for the most part, he'll be too blotto to do anything other than attend class, occasionally. To which, a full 60 percent of Iowa undergraduates fudge their FAFSA so they can receive unwarranted financial aid, Mason said, and they're paying an average of $7,000 less per year than they should be, against the almost $21,000 tab for tuition, room, and board. That's part of an increasing trend at party focused universities. For years, a few dozen of these school have said they were too scared to audit FAFSA applications out of fear that false filings were more widespread than imagined. So in recent years they have accepted the commitment to hyper indifference that is the nature of top parting high schoolers and are now offering completely free tuition to those students. That means that even as the sticker price of attending school has risen to ever-more-dizzying heights for straight-edge students at these schools, fewer and fewer serious partying students are paying that sticker.

So,  while a college education at Iowa isn't what it was two generations ago, it's also not quite as cutthroat or as unaffordable as it might seem for the committed student willing to party his or her way onto campus.