Wherein we imagine a variety of spiffy kits for black and gold Iowa footballers.

Share All sharing options for: IOWA'S UNIFORMS GO TO THE WORLD CUP

With the World Cup in full swing, we at BHGP thought: what would our Hawkeyes look like at the Copa das Copas?* Thanks to a little Photoshop magic and a very cooperative Jake Rudock, who served as our model, we give you a variety of potential looks if the improbable happened and the University of Iowa declared itself a sovereign nation, fielded a national soccer team, and qualified for the World Cup.

* Tip of the hat to Texas A&M blog Good Bull Hunting for the inspiration. 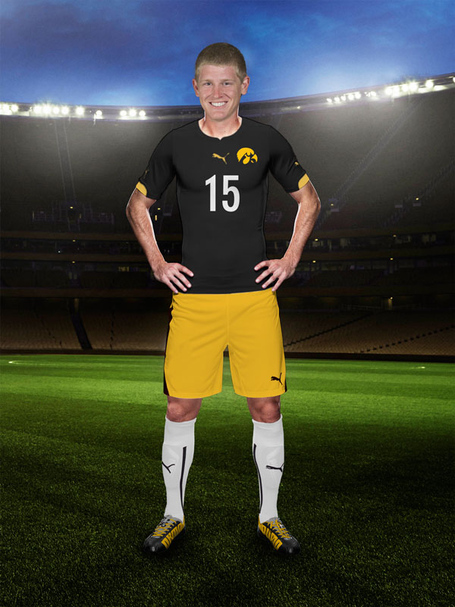 This design attempts to faithfully mimic the traditional home black uniforms of the Iowa football team. White socks, gold pants with black piping, and a black top with gold trim. We chose to omit the banana bars from our design.

Perhaps the most iconic uniform in all of international soccer, the uniform of Cruyff and van Nistelrooy is simple but effective, with a simple badge (and its distinctive orange color) serving to identify the team. We, of course, took  some liberties with the badge. 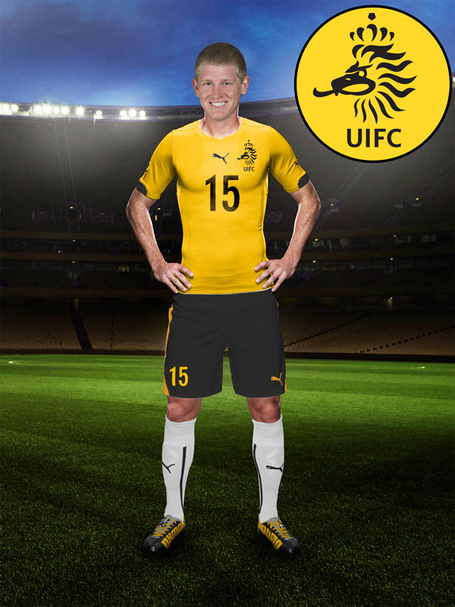 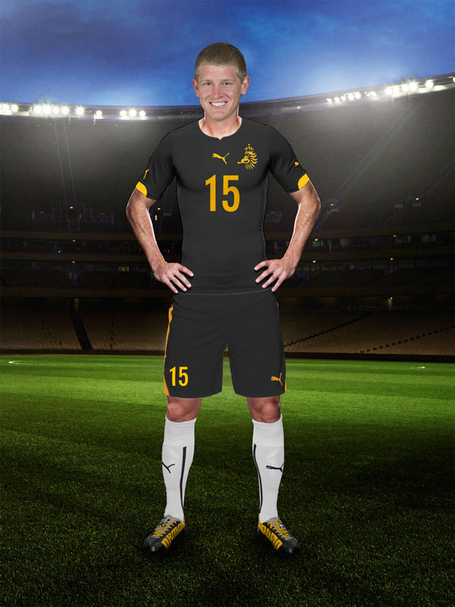 This could also be known as the "Argentina" or the "Barcelona", but whatever you call it, the vertical stripes have a definite slimming effect. 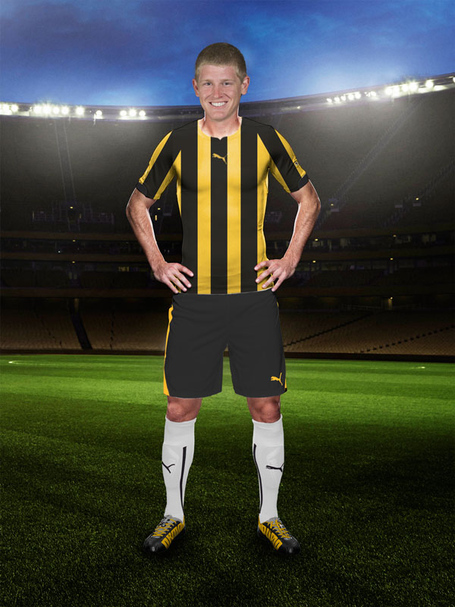 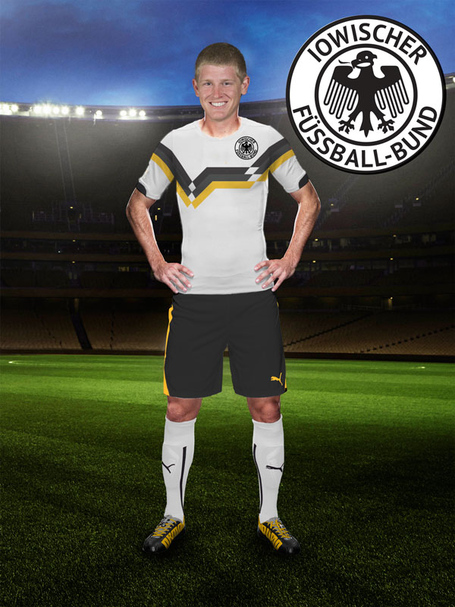 The classic look of a great team, this geometric look epitomizes the German style: precise, organized and rational. 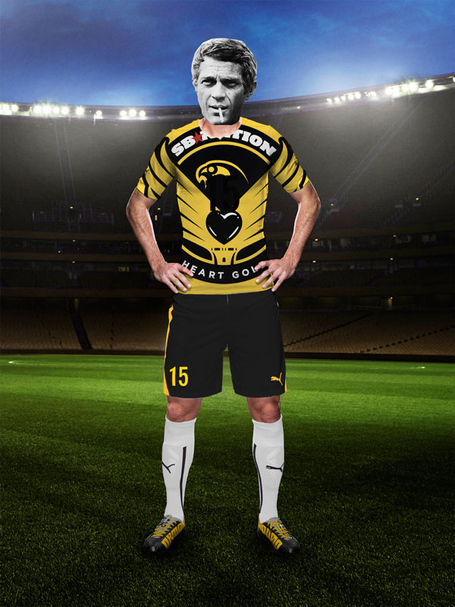 Jake had to take off, so we got one of our own to model this sharp number.  Pat Vint has never looked better.