WHY IS RICKY STANZI PLAYING A DOCTOR ON NBC?

Share All sharing options for: WHY IS RICKY STANZI PLAYING A DOCTOR ON NBC?

Next week (Tuesday at 9 PM CT, to be precise) NBC debuts a new drama: THE NIGHT SHIFT.  It's about the, uh, night shift of doctors, nurses, and so on at a hospital in San Antonio.  But I'm not here to talk to you about NBC's latest programming decisions.  No, it caught my eye because... well, I'll just let you take a look for yourselves. 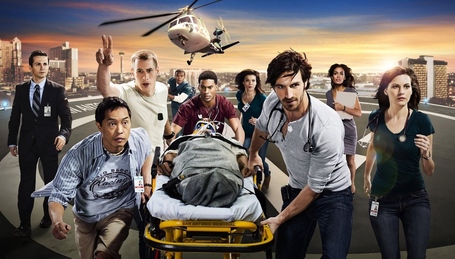 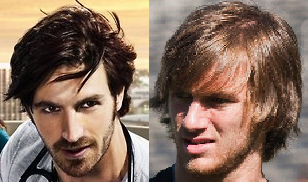 I mean... that resemblance is kind of uncanny, no?

The character's name is Dr. T.C. Callahan and he's an ex-military doctor returned from a tour in Afghanistan. Eoin Macken, the actor playing the part stage name for Ricky Stanzi, describes the character like so:

TC is a little bit crazy, he's a brilliant doctor but doesn't follow the rules when it comes either saving people, or with authority.

Seriously, just look at this other publicity still: 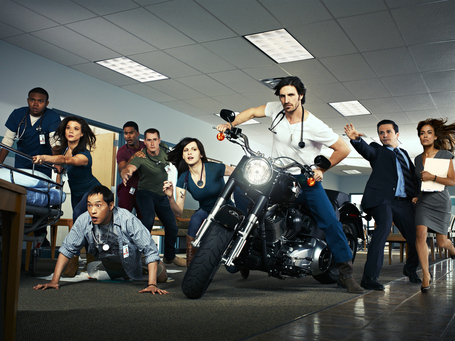 Who drives a motorcycle inside a hospital?  RICKY STANZI DOES... BECAUSE THERE ARE LIVES THAT NEED SAVING. GIVE ME 500 CC'S OF RED-BLOODED AMERICA, STAT!

The members of Team America may have gone their separate ways, but you can't keep a good hero down.  Ricky Stanzi's still fightin' the good fight -- and now we can watch him do it on NBC every week*.

* Or until NBC panics and cancels the show... which will probably happen by Father's Day.

Of course, Ricky Stanzi isn't the first Hawkeye of the Ferentz Era to star on a network TV drama -- Dallas Clark made his triumphant small screen debut on CRIMINAL MINDS three years ago.  Despite the bounty of good ideas we provided to TV programmers, Dallas' TV career seems to have stalled out; hopefully "Eoin Macken" doesn't share that fate, too.  Love it or leave it, Hollywood.