It's Not Plagiarism If You Link To It: How To Watch Iowa at Minnesota

It' game day. Here's how to watch.

Share All sharing options for: It's Not Plagiarism If You Link To It: How To Watch Iowa at Minnesota

GAME DAY. Iowa at Minnesota will be broadcast but ABC regionally. Below is the coverage map. If you're blue, you're ABC. If you're red, you're ESPN2. Kickoff is set for 2:30 CT.

For an online stream, you can check ESPN3 if your Internet Service Provider works with that.

Minnesota opened as a one point favorite and the line has moved in favor of Iowa. The Hawkeyes are a 2.5 point favorite, currently. 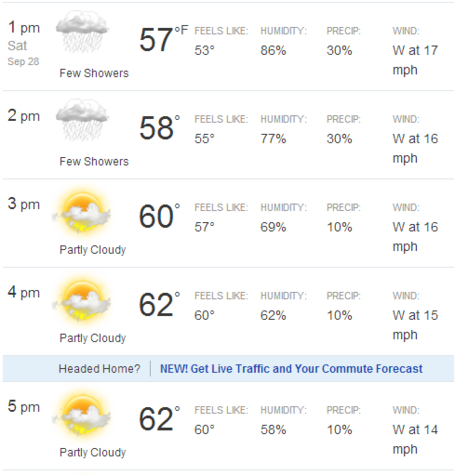 HOW ABOUT PREDICTIONS? ESPN's Big Ten bloggers Brian Bennett and Adam Rittenberg are split on the winner of this game. Bennett says Minnesota. Rittenberg takes Iowa. Marc Morehouse has his weekly break down of advantages and says Iowa by 10.

I would lean toward Iowa. Not convinced Gophers can throw it well enough to win. RT @2Graffz Hawks or Gophers this weekend?

THEY PLAY FOR THE PIG. Iowa vs. Minnesota is considered one of the nation's Top 25 rivalries, according to Forbes. There's not one Iowan on the Gopher roster and they say they Hate Iowa. It's set to be a battle in the trenches as Iowa looks to retain the bronze pig.

LET'S HOPE THE GAME GETS OUT OF HAND AGAIN. So there's some stall lovin'.

FOR MINNESOTA TO BEAT IOWA . They'll need to move the ball on the ground. Quarterback Philip Nelson and running back Donnell Kirkwood are not listed on the team's injury report. The Gophers still have plenty of options in the backfield if Kirkwood can't go. For Nelson, he's practiced this week but perhaps not at full speed.

WE HAVE SOME MORE HAWKEYE PLAYER VIDEO. If you didn't get enough on Wednesday or just missed it, Hawk Mania has Drew Ott, Brett Van Sloten, Tevaun Smith and Mark Weisman. There's also a piece on Jake Rudock and Mike Meyer.

IOWA, APPARENTLY, IS HOPING TO RETURN TO GLORY DAYS. You know, of oh, four years ago? Glory days well they'll pass you by. Glory days in the wink of a young girl's eye. Glory days, glory days.

WE CAN READ TOO MUCH INTO OTHER RESULTS. Iowa State, Iowa's lone BCS conference opponent thus far, got their first win at Tulsa Thursday night. The Cyclones racked up 441 total yards and 160 yards rushing in a 38-23 win. Minnesota's arguably best non-conference opponent, San Jose State, got smoked at home in a conference game against Utah State. The Spartans allowed the Aggies to gain 520 yards including 253 rushing in a 40-12 loss.

HEY, HOOPS. College basketball practice start up this weekend. If you can believe that. Fran McCaffery says his staff and team will take it slow this first month of practice.

LOT'S OF OTHER LINKS:

AND TO STAY UP TO DATE LEADING UP TO KICKOFF. Here's a Hawk Media Twitter List to keep you updated.