We've got quite the slate of questions today. Let's get to it.

@Adam_Jacobi Devin Gardner's turnover/ball security issues: Fixable, or systemic to the point that it must be accepted as part of who he is?

Fixable. Absolutely fixable. For proof, look at the last two great quarterbacks Iowa has had: Drew Tate and Ricky Stanzi.

Stanzi's improvement was more pronounced across the board, as you'll see:

Still, crucial to that improvement was a drop in his interceptions as his rapport with his wideouts continued to improve. It helped that he was throwing to one of Iowa's best receiving corps ever, of course, but he had a damn good corps in 2008 too and he was so apt to throw the other team back into the game that his disastrous receptions started to get called "Rick-Sixes." That went away in 2010 and it got him drafted.

These improvements happen with continuing development and instruction from the quarterbacks coach, and Devin Gardner is in the process of getting that instruction from Al Borges. And being that Gardner came in incredibly raw, then spent part of his career at wideout, then switched back abruptly and is still only eight starts into his career, you can't write off his struggles this season as a permanent aspect of his play. He might not improve, but it is way too early to assume so.

We're including this one because of the typo, which is completely unfair but that's what gave me an idea so here we go.

When I hear the name "Bob Jovi," I'm imagining some balding, normal 40-something who wears khakis to work and has this completely normal, boring life and then all of a sudden Bon Jovi comes along and he's like, "whoa, heck, I'm almost a rock star!"

Nobody on earth believes this, of course, not for a second, not even Bob, but since Bob's got a dorky 40-year-old guy's sense of humor, he starts putting the word "Bob" into a bunch of Bon Jovi song titles, and this is what happens:

"You Give Bob A Bad Name"
"Bob of Roses"
"Thank You For Loving Bob"
"It's Bob's Life"
"Bob Medicine"
"Wanted: Dead or Alive"

(Bob's face is on the poster in the last one.)

Ohio State by a touchdown, which is to say if Wisconsin wins it will not surprise me. I worry about Ohio State's discipline at linebacker—not discipline in a "just punched a security guard at 3:30 in the morning" kind of way, but a "caught flat-footed by Melvin Gordon" kind of way. The matchup of physicality between Wisconsin's OL and OSU's DL will be fascinating.

I just have way more confidence in Braxton Miller moving the ball on Wisconsin than I do in Joel Stave doing the same to Wisconsin. Miller is a significantly better runner and passer, and Stave has looked Matt Saracen-esque (in not a good way) in his career. So Buckeyes by a TD when it's all said and done.

Wow, Adam, really went out on a limb on that one.

@Adam_Jacobi @BHGP How do you expect Steve Alford to fare at UCLA? *licks envelope, drops in mailbag*

Well, Satan, thank you for asking.

He'll probably have a moderate amount of success on account of the fact that he's at UCLA and most coaches would be able to routinely reach the NCAA tournament at UCLA. The institutional advantages there are remarkable.

He will also probably develop an adversarial relationship with the press relatively quickly, which I'm sure will work out just great in Los Angeles seeing as how he had such a rough go of it in frickin' Iowa City.

Hope you're a fan of blatantly self-serving piety, because you'll get that in spades. People dig that in southern California, right?

And it'll probably end poorly, because it always seems to end poorly with him. He's not a Bruin at heart, never was, never will be and he hasn't shown the ability to cultivate meaningful, lasting relationships out of his professional ambitions yet.

But hey, he'll probably make a few tourneys, so good luck with that.

Let's check out that recipe, huh. 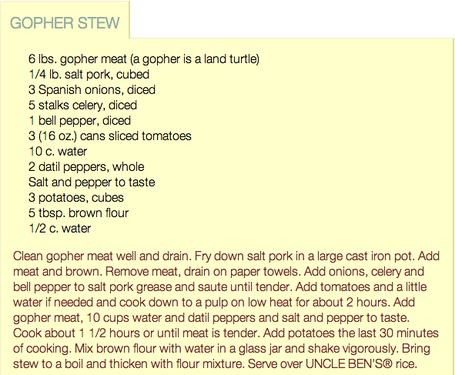 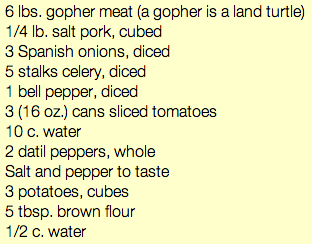 I give up. Y'all are on your own. Peace.