The Iowa Hawkeyes want Heisman voters to remember their quarterback. Whoever that might be.

IOWA CITY (AP) --- A decision on who will start the season at quarterback for the University of Iowa football team is still forthcoming, but that did not stop the Hawkeyes from unveiling a unique Heisman campaign for this upcoming fall.

Hyping up Heisman candidates with pieces of memorabilia has become commonplace in modern college football, but doing it for three players with zero combined snaps is nearly unheard of. 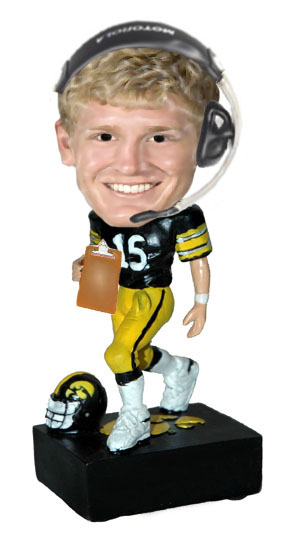 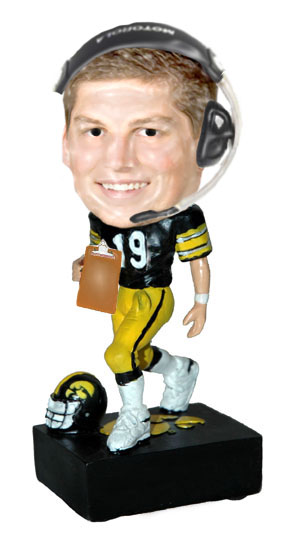 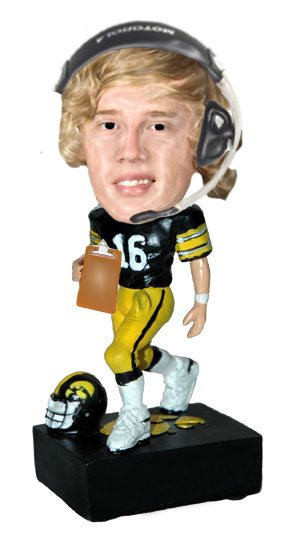 Not helping matters is the fact that the bobbleheads display Rudock, Sokol and Beathard holding a clipboard and talking into a headset.

"We really wanted to model these bobblehead after game action and this was the best we could do," Iowa head coach Kirk Ferentz said in a press conference. "That's on me, that's my bad."

Even so, the gesture raised plenty of questions. Chief among them --- who are these guys?

Had three Iowa bobbleheads sitting on my desk when I came in this a.m. Why am I so lucky? #sarcasm Kenneth Oley of the Phoenix Chronicle tweeted, while Gabe Ludmire of the Wichita Post mentioned on Twitter that he was "using #16 to scare the neighbor's cat."

Ferentz, though, knows it's a new era of college football.

"It looks like a questionable move now, but what happens when one of those three guys separates himself from the pack," the veteran head coach said. "What happens if he plays well enough to hold off the other guys and starts every game. What happens if he surpasses all reasonable expectations, turns Coach Davis' offense into a juggernaut and leads us all the way to a Big Ten championship and the Rose Bowl? What happens then?"

"No really, what happens then?"