Kirk Ferentz Shows Purdue What Battle Rapping Is All About

Share All sharing options for: Kirk Ferentz Shows Purdue What Battle Rapping Is All About

Oh, Purdue. Purdue, Purdue, Purdue. Our most pitied rival apparently made a "rap video," with a generic karaoke flavor version of the "YOLO" beat (you know, that fake joke rap that Lonely Island did for SNL) called "You Oughta Be Proud."

"YOBP" doesn't exactly roll off the tongue, but whatever.

At any rate, it's immediately obvious that this video was a bad, horrible idea. It sounds like the death of rap, yes, but even if it were musically immaculate (IT IS NOT), this idea was doomed from the start. We're not going to say praise has no place in hip-hop, but like... NWA didn't get on the map with a song called "Hug Tha Police," you know? If you want our attention and respect, your college-themed rap video had better get you kicked off campus.

I'm sure that's nothing.

Anyway, you need to not only burn bridges, you need to make bridge-builders regret their lives and everything they ever stood for. Real rap doesn't celebrate the status quo, it challenges it. It's not friendly, it's rough and audacious. It's——

(to Kendrick Lamar's Internet-melting verse on "Control" by Big Sean)

Miscellaneous minds are never explainin' their minds
Devilish grin for my beat writers, never gonna respond
Third and 10, thinkin' maybe when you get old you realize
I'm not going deep on these guys
(I don't throw balls motherfucker, I'm a Hawkeye!)
Bitch, every play I call is a zone stretch to your left side
So if you have a prevent, just relax and wait for the run
Don't expect no fucking pass, I'mma run a draw straight outta shotgun 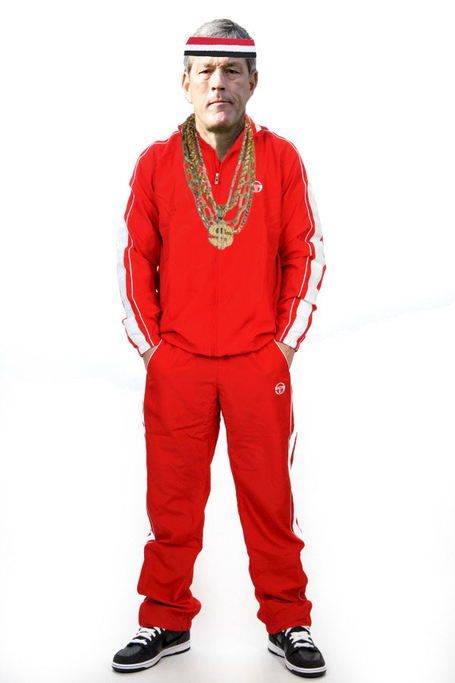 Tell Rudock to throw an out on this shit
So many outs, ring em up like an umpire in this shit
So many outs, make Bill Walsh think Jerry Rice in this bitch
One at a time, I line 'em up and compliment mom while she watchin' the kids
I'm in a recruiting mode if the two-star exists
I'm important like old Bo, I'm a Pauli Girl keg
I'm Jim Tressel's offspring, I'm the dean of the B1G
King of IC, one hand, I juggle them both
The Juggernaut's all in your secondary, bustin' through holes
Live in Kinnick and bleacher seats and the Big Ten's station
Hospital bracelets for my rhabdo players I'm on vacation
Who the fuck y'all thought it's supposed to be?
If Hayden Fry came back, still no coachin' me
I'm the coach you know, I'm unsociable
Fuck y'all 'lums, fuck y'all boosters, your message boards don't try to start it
Eat your heart out 'til you fart it out, my big homie Barta 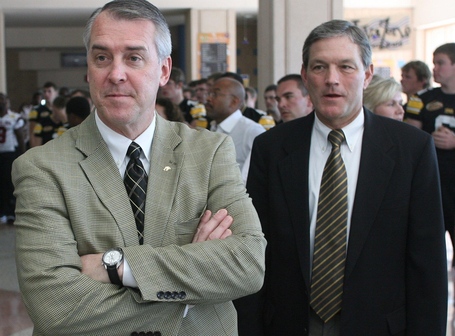 This the same man that catapulted Stanzi to stardom
I'm aimin' straight for your nose guards, you can't tackle me
You plan on stopping me? Bitch I've been punting before you got a 4th and 3
You're Dr. No Touchdowns, I'm Sean Connery
James Bonding with none of you coaches, stacking 30 mil all in front of me
And I'm gonna get it even if I'm fired today
And if you're AIRBHG, better run for Mark's sake
I heard the bagel shops spittin' great debates all the time
Bout who's the best HC? Ferentz, JoePa and Bear
Schem 'n them, Eddie 3000, the rest of y'all
new coaches just new coaches, don't get involved
And I ain't rockin no more designer shit
Jackets and chewing gum, this is Bubble Yum anonymous
I'm usually homeboys with the same coaches I'm coachin' 'gainst
But this is football and them coaches should know what time it is
And that goes for Jerry Kill, Big Fitz, Wilson
Pelini, G-Andz, Dantonio, Hoke
Big Urb, B. O'Brien, Hazell, Tim Beckman
I got love for you all but I'm tryna murder you coaches
Tryna make sure your fan base never heard of you coaches
They dont wanna see not one more run, they run from you coaches
What is competition? I'm tryna go six and two
Who tryna play and stop me? You better off beatin' Purdue

Next Up In College Football