Canada Sure Has Changed Drew Tate, You Guys

It's gotta be the hair.

Share All sharing options for: Canada Sure Has Changed Drew Tate, You Guys

You remember Drew Tate, right? Fiery little guy, competitive as hell, arguably the best quarterback of the Ferentz Era at Iowa? Yeah, that Drew Tate. Back then he looked like this:

He was a clean-cut, square-jawed all-American type back then.

Since leaving Iowa, Tate's been pursuing his pro football dreams in America's Hat, and living in Canada... well, it's changed our man Drew: 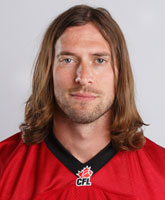 Look at those flowing locks, that gritty stubble... either Tate's particularly nostalgic for the grunge era (which would be kind of weird, seeing as he was 8 or 9 in the early '90s) or maybe it's hard to find a good barber in the Great White North. In any event, the hair might be different, but Tate's quarterbacking skills are just as good as they were when he was plying his trade in Iowa City. The Calgary Stampeders won their season opener Friday night, 44-32, and Tate had a solid performance: 19/27, 237 yards, 3 TD-1 INT. Well done, Drew.

Then again, maybe Drew is just taking hair care tips from one of our other favorite Iowa quarterbacks of the Ferentz Era... 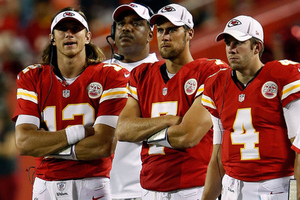 I think we might be on to something here... You hear that Rudock, Sokol, Beathard, and Shimonek? Let that hair grow, boys! If you don't look like Sunshine from Remember the Titans come training camp, I'm going to be sorely disappointed.