IOWA CITY -- The University of Iowa announced its latest media campaign with a partnership with farmer-exclusive dating site FarmersOnly.com on Friday.

"America Needs Farmers," said Iowa athletic director Gary Barta. "Everybody knows that. But where do young farmers come from? Answer: old farmers. They're like pandas. If we don't encourage them to bone, they all die out."

The move, while unusual among collegiate athletic programs, is being hailed by industry insiders as crucial to the survival of the Iowa athletic program by many in the know.

"Farmers don't just happen," said famed Iowan and world-renowned farm expert Norman Borlaug, who we sure hope is still alive otherwise that's a bad fake reference to put in here. "You basically have to marry into it, otherwise you're buying in and I don't know if you've seen City Slickers, but that's asking for disaster."

"I had nothing to do with this," said Iowa football head coach Kirk Ferentz. "I hate the Internet. Are any of these people defensive tackles with eligibility? Remind me if they are. Otherwise I have 4-3 defensive fronts to mull over."

Barta confirmed that Ferentz hates the Internet and that he had nothing to do with the campaign.

"Yeah, he was out from the word 'Internet'," said Barta. "Hayden was on board. He even signed up for the site himself. Pretty sure Coach Fry's not a farmer, but like... who's going to tell him 'no'?"

Ferentz refused to confirm reports on the topic.

Still, the logistics of the partnership tantalized the University of Iowa. "This is an urbane, progressive university," said Iowa president Sally Mason. "But we're populated by a gigantic number of students who, despite what their parents might think, would best serve this state by getting straight out of the classrooms and straight back into their families' fields and working those things for all they're worth."

"Who gives a wet fart about a 19-year-old from Swaledale if not a farmer looking for a hand?" asked Barta. "As patrons of this state we're willing to facilitate that connection. And then get that kid hooked up with a farmer's daughter somewhere, because if we're letting that kid leave the state, we end up depending on Saydel and the Quad Cities and come on, I'm not that dumb."

"I like the Saydel!" said local dunce Jamie Pollard. 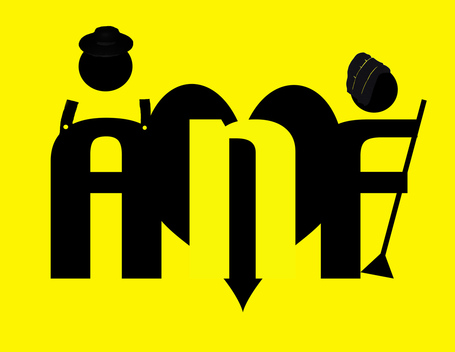 The University of Iowa confirmed plans that mascot Herky Hawkeye would attend dates between young farmers and cheer on attempts to mate. Policy dictates that the mascot will not offer to join in copulation sessions for the sake of intimacy, but "whatever gets them rolling" is okay with Herky and the powers that be.

Freedom Of Information Acts regarding the amount of money that the University of Iowa has paid for this endorsement have gone unanswered, and speculation persists that this was not a paid endorsement and the Iowa athletic department legitimately believes in the campaign.

"The more we poke the bear, the more jobs it gets, and the more it gives that extra job money to us. We win," said a local businessman. "What could go wrong? Especially with sexy time?"

The United States Department of Agriculture has refused to comment on this experiment and is currently threatening litigation.