What Ice Cream Flavor Is Your Big Ten Coach?

i scream, you scream, we allllll scream for ice cream

Share All sharing options for: What Ice Cream Flavor Is Your Big Ten Coach?

Other than learning that Kirk Ferentz's college nickname was "Fetus-Head" (seriously, WTF), my biggest takeaway from The Des Moines Register's interview with Iowa football's big cheese? He might need to go to Ice Creamaholics Anonymous.

How do you celebrate after a big win, or vent after a tough loss?

"I might knock out a couple of Ben & Jerry’s (ice cream) after a good win. I might knock out three of them after a loss. I guess Saturday night’s are for Ben & Jerry’s for me, either way. Cherry Garcia is the old standby. The Red Velvet (Cake) they’ve got now is pretty good, too. And I’m a huge (Wells) Blue Bunny fan."

Do you have an ice cream problem? Do you need counseling?"

I do, big time. I’m trying to control it. I’m winning the war, temporarily, though."

If Ferentz was pounding three pints of B&J's after losses last year (of which there were a lot, in case you've successfully managed to erase the 2012 Iowa football season from your memory banks), it's a goddamn wonder he's still as svelte as he is. Screw coaching football, maybe he needs to market his workout plan.

In addition to outing himself as an ice creamaholic, Ferentz also revealed his favorite flavors. To the surprise of many, that flavor was not vanilla (and I'm talking the plain-jane, not-actually-pure-white-but-actually-kinda-cream-colored vanilla ice cream, not something legitimately good like vanilla bean-vanilla ice cream), but rather Cherry Garcia and Red Velvet Cake. Red Velvet Cake?! Gasp. Clearly, becoming Iowa football's $4-million-man has changed him and unleashed a newfound decadent side in Ferentz.

But enough about Ferentz. We now know that he's a Cherry Garcia/Red Velvet Cake man. But what about the rest of the Big Ten coaching fraternity? Luckily, BHGP Investigative Services is up to the challenge. 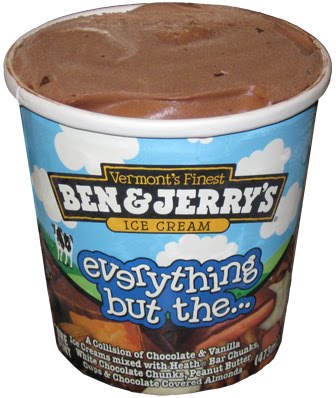 The ice cream for people who can't decide on just one or two flavors, but instead would rather just say "Fuck it" and throw everything in a bowl. Bonus! It also describes Illinois' offensive and defensive schemes under Beckman. 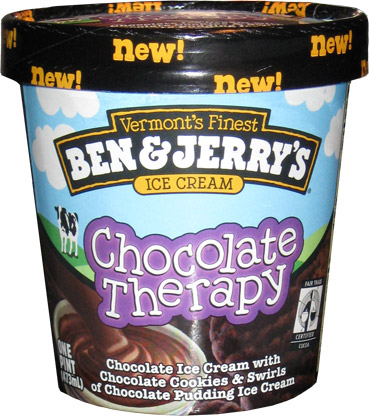 Because you need all the therapy you can get -- even in ice cream form -- to coach football at a school where hoopyball reigns supreme. 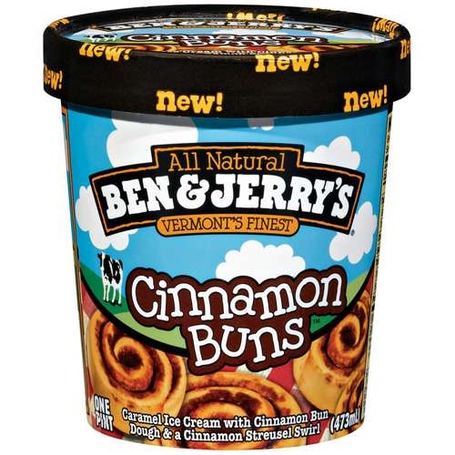 Regrettably, Ben & Jerry's has not yet entered into a taste bud-annihilating flavor-mash-up with Domino's Pizza, so Brady Hoke's dream flavor remains the stuff of dreams (and homemade blender concoctions). And while Chubby Hubby and Chunky Monkey were tempting choices here, they were also too obvious. No, Hoke is a Cinnamon Buns man, slamming together two delicious things that are bad for you to create a caloric atom bomb of things that are bad for you. Go big -- because that's how a Michigan Man does it, dammit. 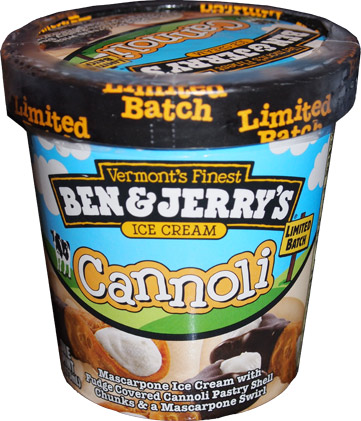 Sadly, Ben & Jerry's also does not make a MURDERDEATHKILL flavor just yet. So what's left? B&J's most Italian-inspired flavor for the Big Ten's most Italian coach. FUHGEDDABOUTIT. 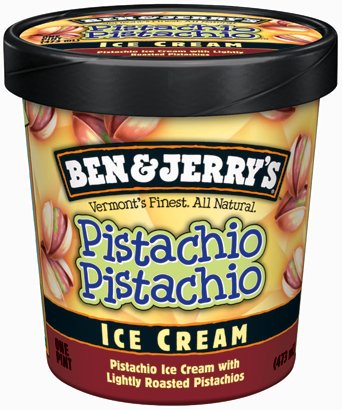 Look, sometimes the obvious answer is the right answer. Deal with it. 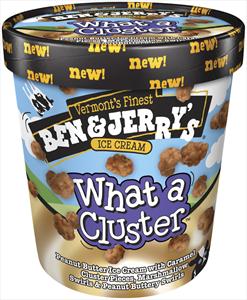 The ice cream flavor in B&J's flavor stable that does the most nudge nudge wink winking at profanity seems more than appropriate for the Big Ten's most profane coach. 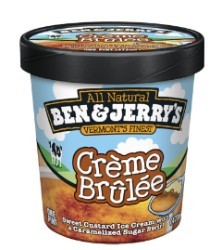 Only the most expensive-sounding -- it's French! look at all those punctuation marks! -- ice cream will do for a true Northwestern man. You know, if a Northwestern man has to slum it and eat Ben & Jerry's rather than this preferred artisanal organic ice cream made with real cream, pure cane sugar, and eggs from grass-fed chickens. (Also, Ben & Jerry's has yet to unveil a Big Chunks o' Ass flavor, to Fitzy's eternal regret.) 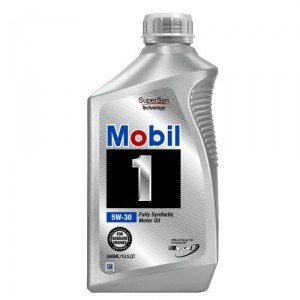 Urban Meyer is an unstoppable cyborg killing machine football coach sent back in time from a cruel and unforgiving future to enslave humanity win football games. He doesn't have time for pathetic meatbag luxuries like "ice cream." 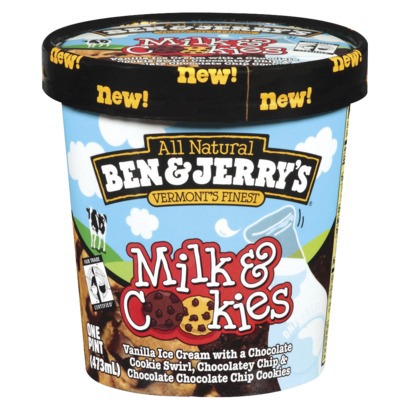 Scandalberry Crunch is yet another flavor not currently offered by Ben & Jerry's (ATTN: Ben & Jerry's decisionmakers: I am willing to offer you my services as a Flavor Scientist), so we'll go with something traditional and wholesome-looking instead.

Hazell isn't quite accustomed to having B1G funds at his disposal yet when it comes to ice cream shopping; he's still operating under a more frugal #MACtion mindset where you get your ice cream from the store-brand section at Wal-Mart. 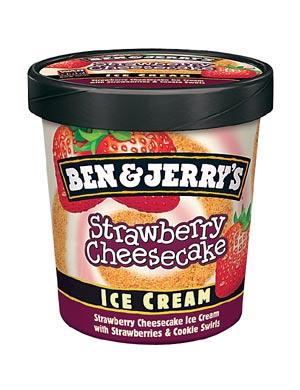 We don't really know a damn thing about Gary Anderson yet, but it's Wisconsin and the law there mandates that everything has cheese in it.

BONUS! Maryland and Rutgers aren't yet full members of our brotherhood, but they'll soon be rubbing shoulders with us, so it seemed wrong to leave them out of the fun. 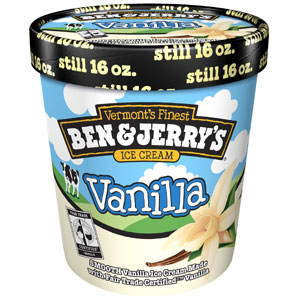 Randy Edsall is more boring and conservative than Kirk Ferentz and he will goddamn prove it. 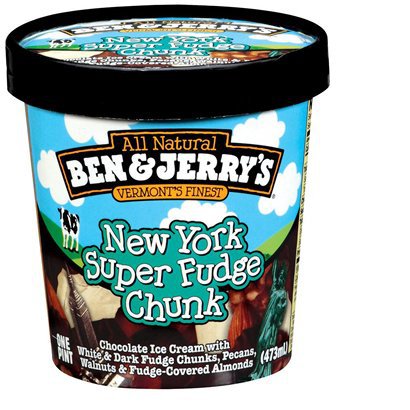 Oh come on -- what else could it be for the coach of New York's college football team?

Bret Bielema is gone, but most certainly not forgotten around these parts. 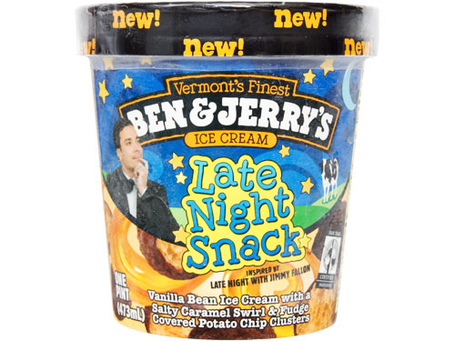 And last but not least... 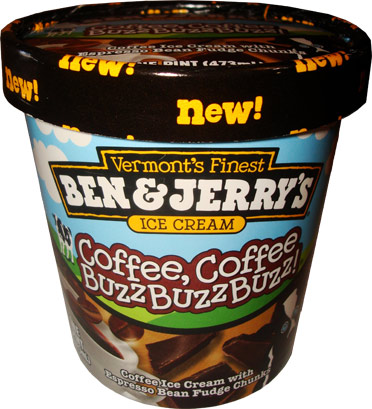 The WIN FIGHT TRY of Ben & Jerry's flavors is perfect for the late, lamented Coach Play4Brew.