How did the Hawks spend their free time in New York? By annoying Woody Allen. 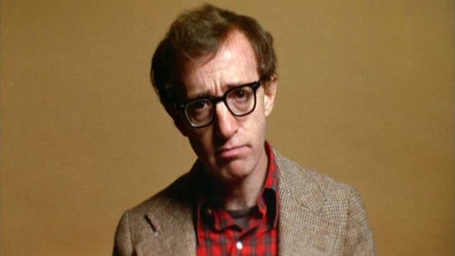 You know, I could just tell that today was going to be a horrible day, from the second I got up. I looked out the window and there's, you know, ice on the window. And it's April. I swear, I looked on the ledge and I saw a pigeon wearing fingerless gloves, you know, the rats were all wearing a second layer of filth – it was horrible. And, of course, Annie didn't call.

So to lift my spirits I'd do some of the old favorites. There was a morning showing of Wild Strawberries at the Film Forum, and it was packed. The usher shows me to the only seat left in the house, and – here, I'll show you the view I had. 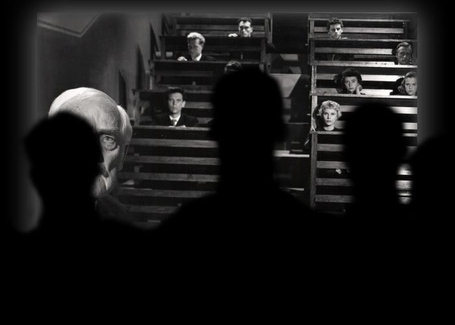 This pack of giraffes decided to sit in front of me, and I couldn't, you know, see the subtitles, and my Swedish is, let's just say, not strong. I tried to tell one of them to sit down, and he told me to relax and called me a "slime". I mean, are we in grade school? A slime? If Annie were here, she'd know how to deal with the situation gracefully, but, uh, well I have the unique quality of being maximally belligerent and minimally brave, so I, uh, did't challenge this living Easter Island statue. Instead, I left in what I thought was a very macho and impressive huff.

Anyway, I was suddenly stuck with nothing to do. So after a cup of coffee and some very agitated pacing, I decided I'd go to the zoo. I've, uh, avoided the zoo ever since I was five and my parents told me the lion cage was a petting zoo. And so I saw all the animals: the hippo, the giraffe, the pelicans, saw a moose and thought of a solid joke about it. Finally I decided I'd check out the penguin tanks, and, you know, well, look: 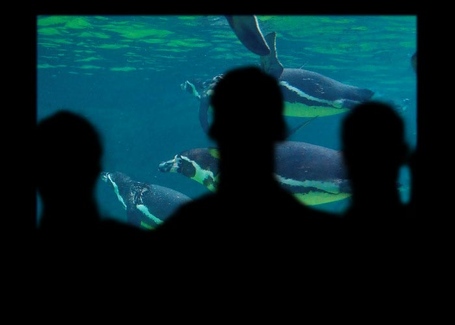 So no penguins. Great. Fine. I get in a cab and it hits me: baseball season has started. So I go to Citi Field or whatever it's called and buy a ticket to a Mets game. And sure enough: 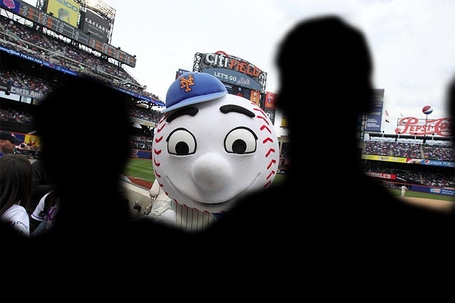 Not only did these guys somehow track me down, now Mr. Met is blocking my view too.

Now I'm furious. I'm so agitated that I go to my therapist's office. The secretary says he's busy, but I've got to talk to someone about these colossal doppelgangers that seem to follow me wherever I go, and I burst in. And this is what I see. 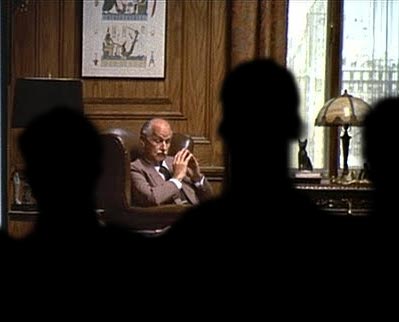 Apparently Dr. Waxman also deals with "free throw anxiety", so he kicks me out. I'm at the end of my rope. The only one who can help me is Annie. She's not talking to me, but I've got to see her, so I go to her apartment and knock on the door. No answer. But I see the door is slightly ajar, so I go in and hear some noise on the balcony... 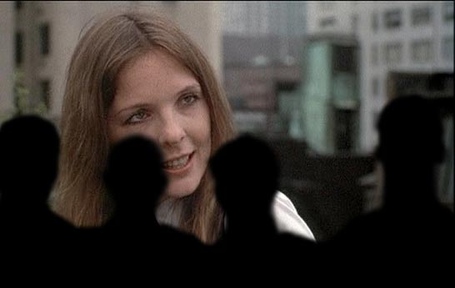 Now I've had it. I am at my wit's end. And at that point, there's only one thing that can soothe my nerves, and that's Knicks basketball. I go down to Madison Square Garden and get some surprisingly inexpensive tickets, take my seat, and notice three things: one, the new Knicks uniforms are hideous... 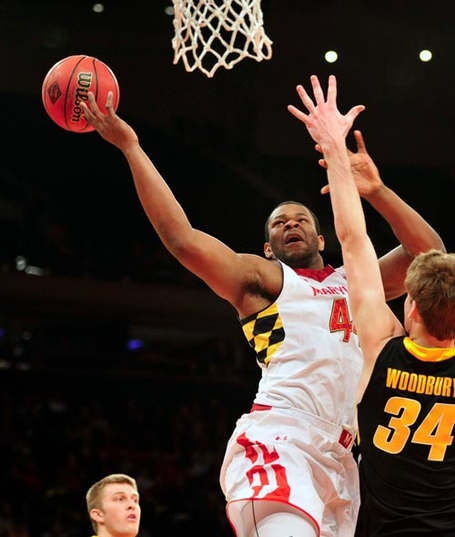 ... two, the Knicks are playing awful.. except for this Len guy, who looks pretty special, and three... 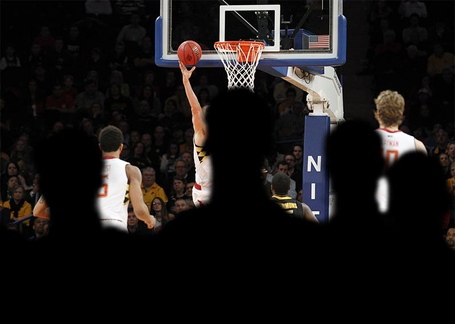