It's Not Plagiarism If You Link To It: Staaaaaart Spreading The News

Share All sharing options for: It's Not Plagiarism If You Link To It: Staaaaaart Spreading The News

IT'S IOWA VS. MARYLAND TONIGHT. Iowa will play in the semifinals of the NIT for the first time in school history. It's a big deal for these Hawkeyes, especially Melsahn Basabe. Melsizzle's mama is just a short train ride from the Garden where she'll watch her son try and take down the Terrapins. Fran McCaffery calls the Garden the "mecca." He's been there before but never as a champion.

WE SURVIVED APRIL FOOLS. Eric May, however, was a victim of an early April Fools prank. 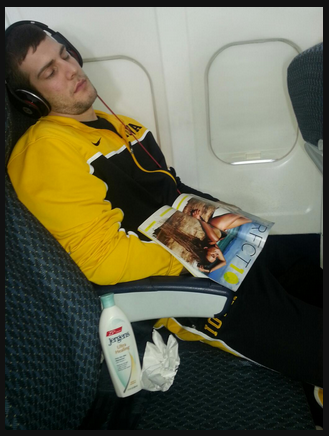 THE HAWKEYES HAVE NO CHANCE. Despite being a two point favorite in Vegas. A trio of Baltimore beat writers weighed in on tonight's match-up. Apparently, "the Hawkeyes really don't have anyone to contend with Alex Len," and "if form holds, the Terps would face Baylor in the championship game."

MIKE GESELL WILL PLAY. How many minutes depends on his tolerance for pain. He still wears a walking boot when he's not playing basketball. He says, "It's just a precaution to get me as ready as I can to play."

IOWA'S NUMBER THREE SEED IN THE NIT WAS A DEMOCRATIC VOTE. Per Scott Dochterman, "it was strictly a committee vote" that landed Iowa as a number three seed in the tournament. Iowa is the highest rated of the NIT field according to kenpom.com.

AIRBHG STRIKES AGAIN. Andre Dawson took to Twitter last night to announce he is quitting football. Dawson decided to walk-on the Iowa Football program last fall but didn't see action due to academic scholarship rules. Dawson had played football at Northern Iowa and Iowa Western Community College. He was arguably seventh on the running back depth chart. Even possibly behind incoming freshman Leshun Daniels. Dawson told the Daily Iowan he gave up football to pursue an academic and student life on campus. I applaud Mr Dawson for this, that's certainly not an easy but equally rewarding decision. What's strange, from the Daily Iowan report, is the "help" from Derrell Johnson-Koulianos. Why DJK is mentoring current student athletes is confusing. DJK was back on campus to earn his degree and kudos for that. But, it's time to move on from Iowa Football, don't you think?

KIRK FERENTZ MUST HATE THE MASTERS.

Iowa football practice in Des Moines has been moved to Sunday April 14th at 2:30. Valley Stadium.

IOWA FOOTBALL HELD THEIR COACHES CLINIC OVER THE WEEKEND. Around the message board circuit are various reports from attendees. Based on some of the content you have to wonder about these "coaches." But, one name to watch this month is Riley McCarron. The walk-on from Dubuque has impressed some playing the slot receiver in Iowa's offense. With the large number of wide receiver recruits due to arrive this Summer it's possible this is just a place holder. But, any-who, keep an eye out for McCarron if you attend any of Iowa's two open Spring practices.

UCLA GOT A SCUMBAG. That, according to CBS Chicago's Dan Bernstein. I'll let you read it (btw, it's spot-on).