Clearing out the ol' Photoshop Bag

So it's come to this: a BHGP clip show of discarded photoshops.

Share All sharing options for: Clearing out the ol' Photoshop Bag

Not all of our story ideas here at BHGP work out to the point that they get posted, but a lot of the times some Photoshop prep work is done anyway. The result is a pileup of semi-amusing out-of-context detritus that takes up valuable space on our hard drives. April First seemed like a good day to clean all of this garbage out and dump it on you, our loyal readers. Enjoy! 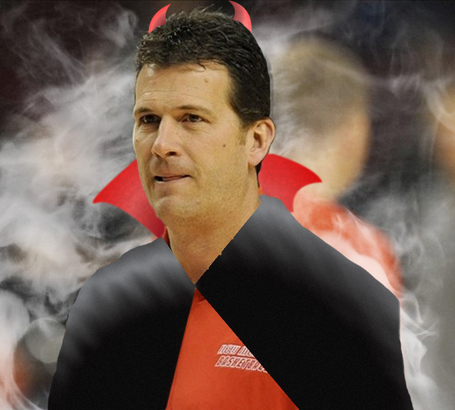 This was going to go with a post about how Steve Alford revealed himself to be Mephistopheles after tricking New Mexico into signing him to a 10-year contract. Subsequent events intervened and made the post inappropriate... at least for New Mexico. 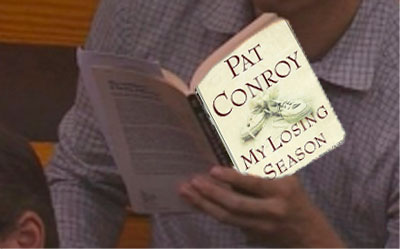 This is, of course, the Reading Northwestern Fan, with a more appropriate book title slapped on the cover.

Gabe Olaseni as a member of the Palace Guard. 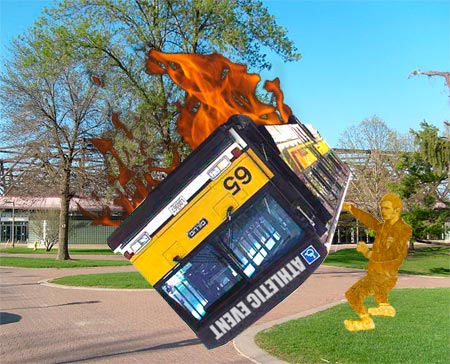 The germ of this idea was that Dan Gable didn't approve of the statue of him that was put up outside Carver because it didn't show him in his wrestling days, so he made his own from own. After some Golem-type hijinks, the gold statue came alive and ran amok ... or something. There's a reason these posts didn't work out. 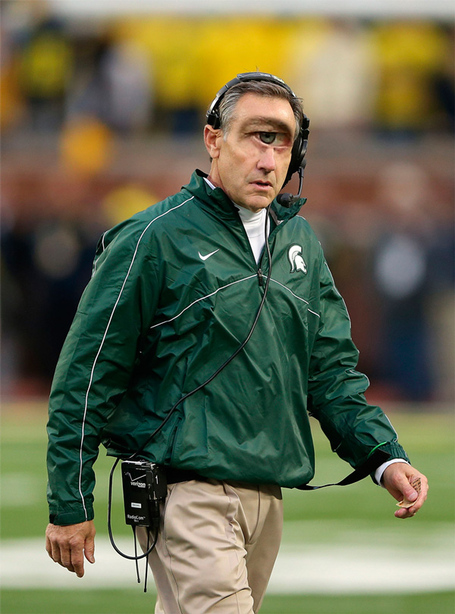 This one was for a post Ross did about mythical creatures taking over college football. I extended the idea to coaches, and for some reason Dantonio seemed like a natural Cyclops. Along those same lines... 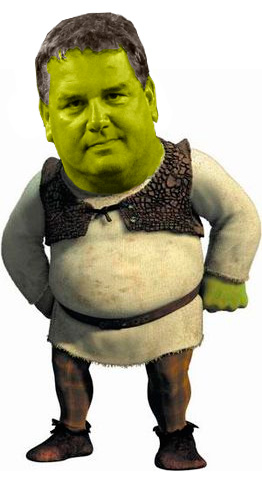 Brady Hoke as Shrek and... 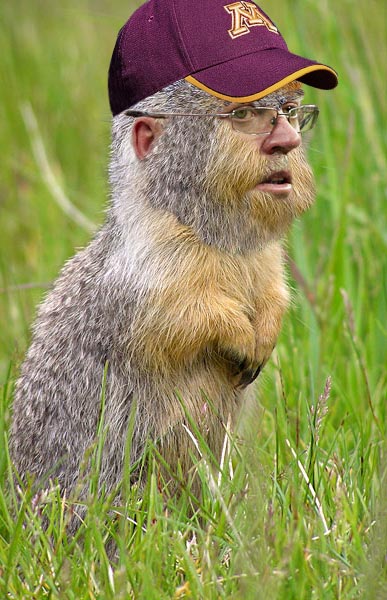 Jerry Kill as some sort of human-gopher hybrid. 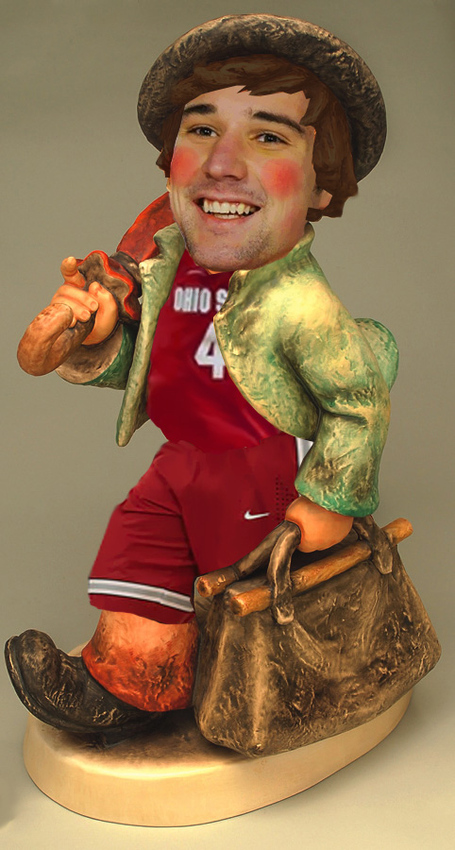 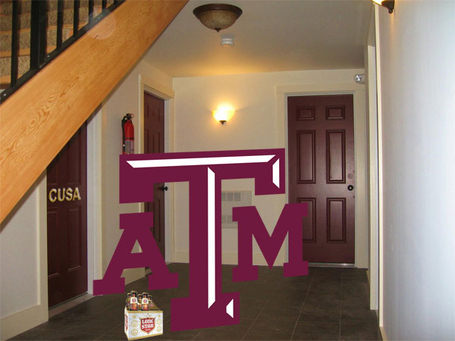 Texas A&M showing up at Conference USA's doorstep drunk at three in the morning. Things worked out for the Aggies (to say the least), making this image irrelevant. 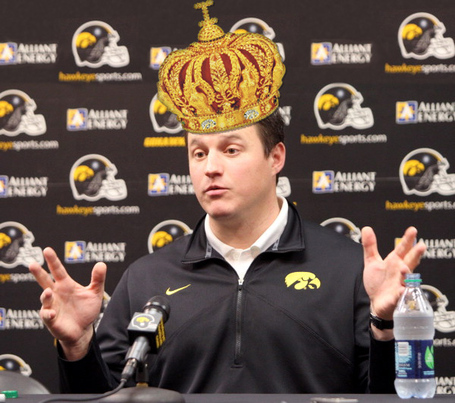 Something about Kirk Ferentz naming his son Dauphin and ... that was about it. 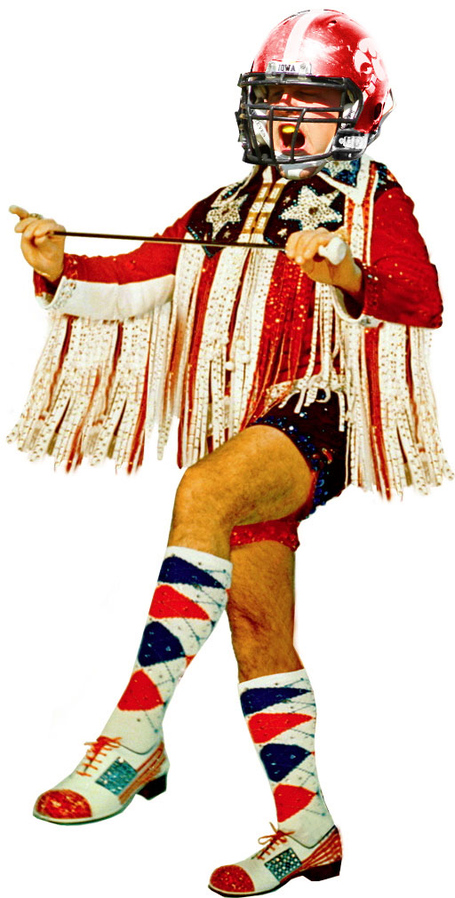 Liberace-designed uniforms. No idea what the context was. 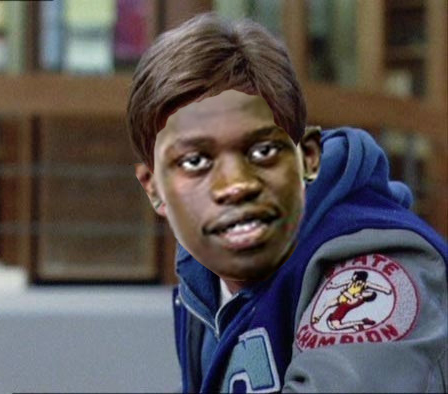 Peter Jok as the Emilio Estevez character from The Breakfast Club, rejected from the post, "The Joks Rule This School". 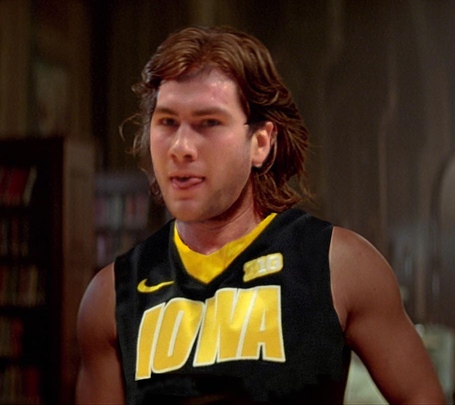 Zach McCabe as Snake Plissken (a good look for Zach, no? Maybe next year). 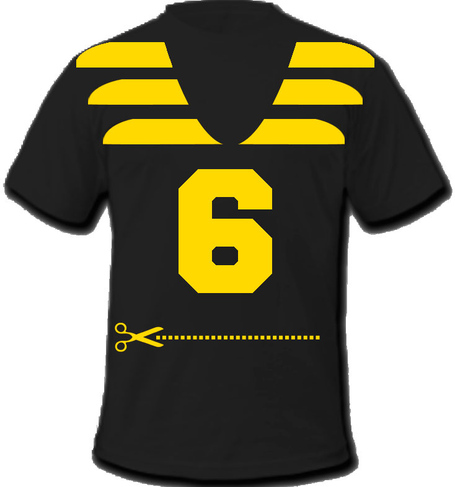 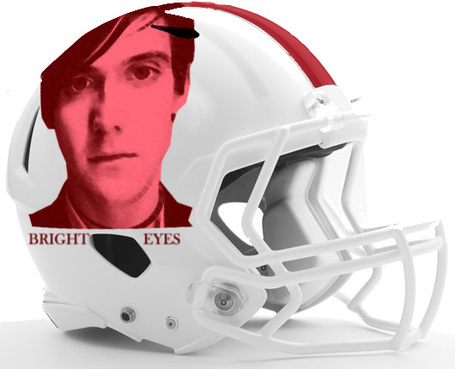 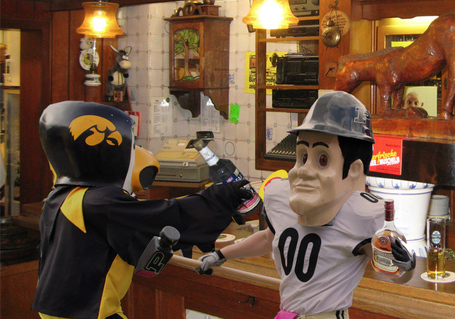 Herky and OMHR hanging out at a bar and ... 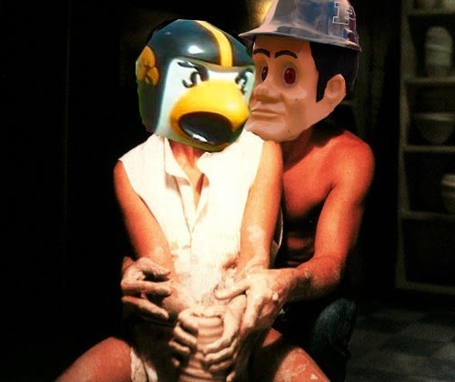 ... for some reason having a tender moment, Ghost-style. 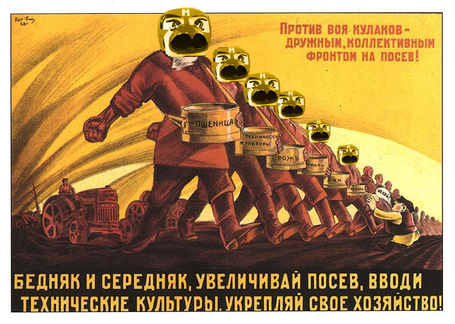 And Herky as the subject of a Soviet-style propaganda poster, because... umm, Ricky Stanzi's worst nightmare??? Not sure.

Our own hawk6894 has passed along some of his Photoshop wizardry, from a discarded series called "A Week in the Life of a Golden Gopher Fan". Enjoy! 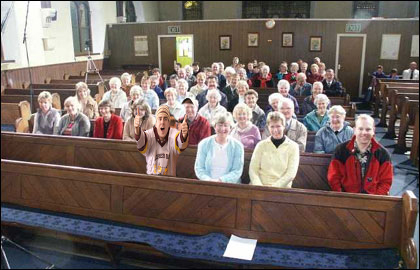 A Golden Gopher Fan goes to Church, then... 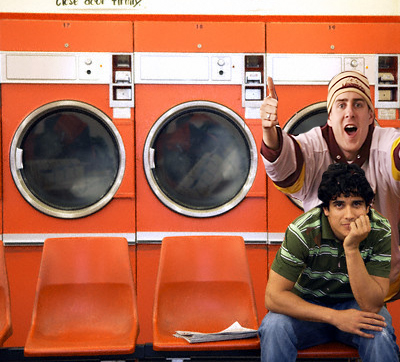 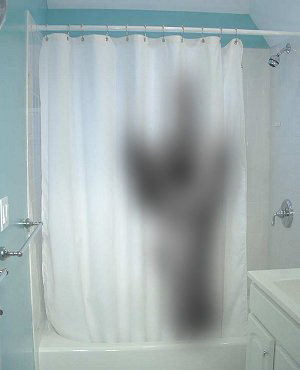 ... takes one of his infamous "Golden Gopher showers", then... 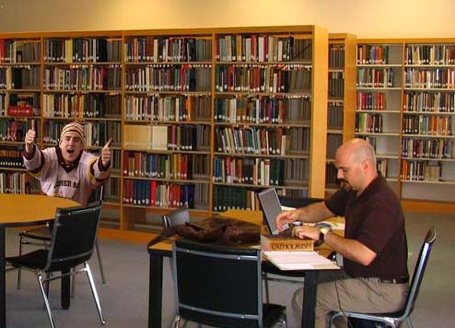 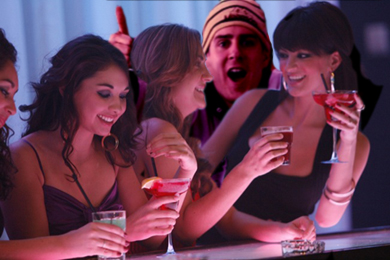 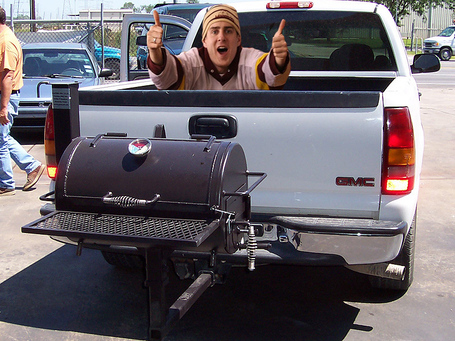 That's all, folks! See you in another three years, maybe, if we don't get better at actually following through with all our ideas when we think of them!