When Will Kirk Ferentz Address the Centaur Deficit in Iowa Football?

Taking aim at one of Kirk Ferentz's biggest shortcoming as Iowa coach.

Share All sharing options for: When Will Kirk Ferentz Address the Centaur Deficit in Iowa Football?

Well, you've done it again: another National Signing Day has come and gone and yet again you have failed to sign a single solitary centaur to the Iowa football program. I waited patiently all season for word to emerge that you had offered a fine half-man, half-horse specimen. I was on the edge of my seat on Signing Day, praying that you had a special centaur-shaped surprise in your pocket. Nope: turns out it was just a jumbo-sized pack of sugar-free gum.

I even held out hope for the last month that you had a centaur in the fold, but just couldn't get his signature on Signing Day. Hey, I'm no idiot: I know that recruiting centaurs isn't easy. But no: we're well past a month since National Signing Day now. Spring Practice is coming up on the horizon. And still no centaur. I've finally come to terms that 2013 is going to be yet another centaur-less year for Iowa football.

This is an outrage.

Iowa football needs centaurs, Kirk. Look at this mock-up of what we could be enjoying next fall on the sun-dappled artificial turf of Kinnick Stadium: 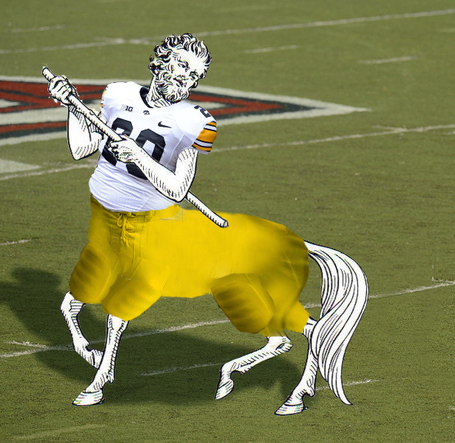 The centaur is a wondrous synthesis of man and beast, combining both the grace and raw power of the equine form with the cunning and manual dexterity of mankind. Look, we've gone about as far as we can do with a football team comprised exclusively of humans. It's time to up the ante. If we really want to compete at the highest levels of college football, we need a centaur.

Maybe you're afraid of escalation. Perhaps you think that if you recruit a centaur to Iowa, then the floodgates will open and it will be open season on mythical beasts in the recruiting game. Maybe you don't want to open this particular Pandora's box and expose the sport to an unprecedented arms race for mythological beings.

You're thinking, "If I crack open this door now, what happens next?" Would we see Michigan trot out an offensive line comprised of fearsome minotaurs? 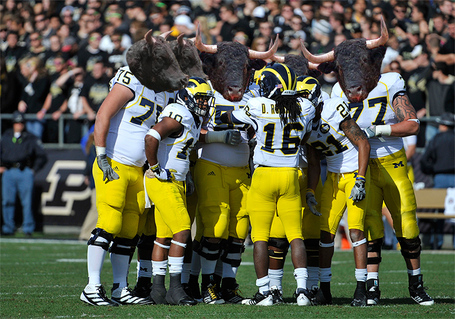 We know Urban Meyer has already dipped his toe in the hybrid being pool -- what, you didn't really think Percy Harvin, RB/WR/superfreak, was 100% human, did you? -- but might this development encourage him to delve deeper into the murky waters of hybrid lifeforms and emerge with a true chimera to run the acclaimed "Percy Position" in his offense? 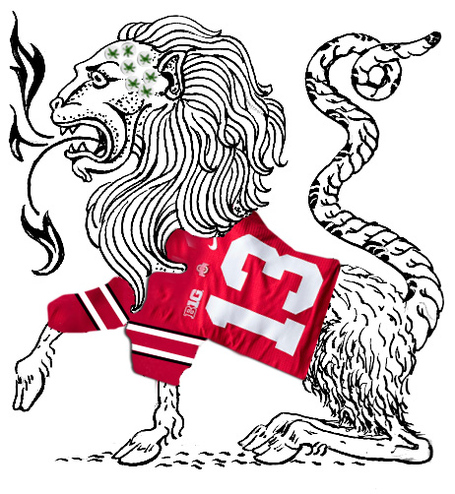 Or maybe we would see someone -- I don't know, perhaps his name rhymes with Dark Mantonio -- make an impromptu trip to Greece and return with the most fearsome component yet for his offensive line: a many-headed hydra, capable of single-handedly tying up an entire defense with its crafty coils. Why, he'd never have to pass the ball again! Just think of how many carries his running backs could amass running behind that monstrosity! 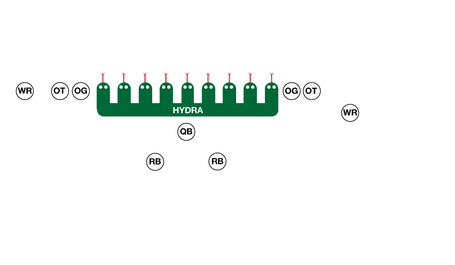 Frankly, Kirk, the failure to land a centaur this year is especially disappointing given recent developments in the football program. I'd thought that the coaching shuffle meant that you were finally embracing some much-needed changes in your philosophies. And adding Brian was supposed to be a breath of fresh air for the program! He came from New England, where Belichick knows a thing or two about incorporating otherworldly beings into his team. 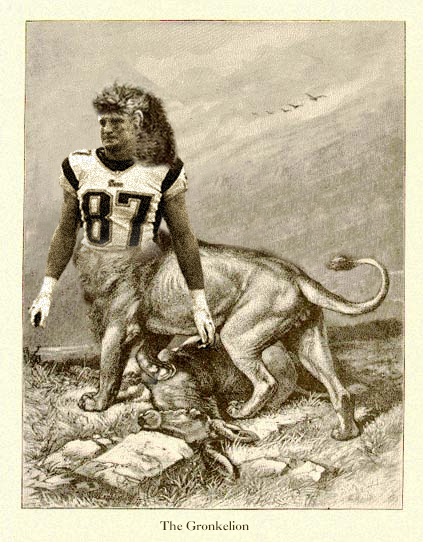 And you know what makes this failure to recruit a centaur even more infuriating, Kirk? The knowledge that there's a prime source of centaurs operating directly in your backyard! Isn't it bad enough that Iowa football has come up on the losing end of several battles for blue-chip in-state talent of late? It's bad enough that you can't persuade Jake Campos or Amara Darboh or Christian French or David Barrent to sign with Iowa, but you can't even sign a centaur trotting through the Pentacrest right under your nose! Simply inexcusable.

So, please, Kirk, fix this egregious error. Resolve this shortcoming in the Iowa football program. Give us a centaur -- please.

(A giant H/T to Mr. Horace E Cow for his esteemed assistance on these images. -- ross)