Kirk Ferentz reveals yet another turtle-Ohio State-private-biting story, this one from the era of Coach Fry

Share All sharing options for: How Hayden Fry Convinced the 1983 Buckeyes to Put Snapping Turtles Down Their Pants 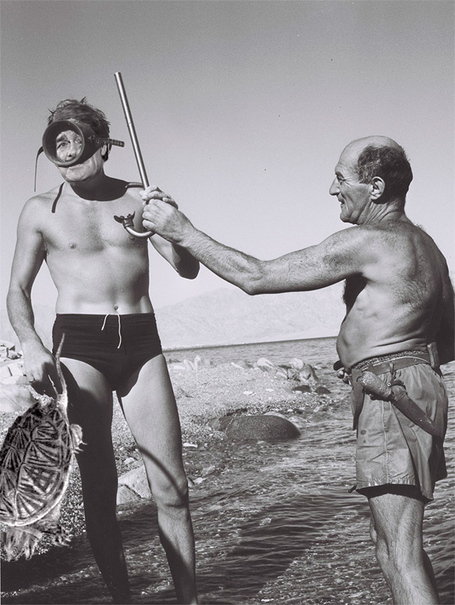 Shortly after Ohio State head coach Urban Meyer revealed that former coach Woody Hayes once had a snapping turtle bite his privates as a motivational ploy, Iowa head coach Kirk Ferentz revealed that he too had a turtle-related Ohio State story. Ferentz's chelonian tale was revealed at a recent fundraising event in Cedar Rapids.

"The year was 1983 and I was the offensive line coach at Iowa under Hayden Fry. Hayden was trying to get us ready for a big game we had coming up against Ohio State, and he wasn't feeling too confident about our chances. You have to understand, their team was #3 in the country at that time and had just beaten #2 Oklahoma the previous week, so Hayden knew we could use all the help we could get."

At this point, according to Ferentz, the famously wily Fry remembered a rumor he had heard. "So things get around amongst us coaches, and we had all heard something about Woody Hayes and a turtle. None of us assistants believed it -- we thought it was just an old wives tale coaches tell to impress people at luncheons -- but one day Hayden runs into our offices and tells us: 'I know how to beat durn Ohio State rascals' -- although he used language that was a little saltier than that -- 'we've got to do the Woody Hayes turtle trick!"

"Now, none of us relished the prospect of having the 1000-pound bite force of a full-grown chelydra serpentina come down on our nether regions, so we all said 'no way, Coach Fry' and 'I want to have kids some day Coach Fry' and the like, but Hayden stopped us right there. 'You all goll-durned lilly-livered assistants just trust ol' Hayden,' he said, although you understand he used language that was a little saltier than that."

According to Ferentz, Fry let it be known to the Ohio State coaching staff that he thought his team could beat their team in a turtle-private-biting contest, that they did it every week, and that they had gotten so good at it that they hardly batted an eye during it. "Well, especially after hearing that speech from Coach Hayes, you know Earle Bruce's staff wasn't going to take that lying down," said Ferentz, "so they called back and said: 'we'll beat you anytime, anywhere -- just provide the turtles.' That was all Hayden wanted to hear."

"The day before the Ohio State-Iowa game, the Buckeyes arrived in the visitor's locker room to find the entire Iowa team and coaching staff waiting, pantsless, with buckets in front of their privates. Hayden said, 'I'm callin' y'all's bluff. We got the turtles, so let's drop trou and do this.' On the benches in front of their lockers were buckets, just like ours, filled with the angriest snapping turtles you have ever seen. Hayden had spent the whole week with Barry Alvarez at the Coralville Reservoir catching these suckers, and then he hadn't fed them for two days, so they were angry little buggers."

"Now, the Buckeye players were not eager to follow through on the contest, but they went ahead with it according to Ferentz after Coach Bruce threatened them with the loss of playing time. So Hayden says, 'Gentlemen, grab your buckets -- the team that has the most players standing after two minutes wins.' The Ohio State players are looking kind of uncertain, but Coach Bruce just starts cursing a blue streak at them about 'toughness' and 'what would Woody think' and so on, and they all eventually dropped their pants and put their privates in those buckets. And we do the same."

At that point, said Ferentz, someone started a timer, and the contest began. "So the Buckeye players start screaming and cursing and we start screaming and cursing, and it's just a horrendous noise. Guys are crying, punching the lockers, and lots of people are just giving up. Eventually two minutes go by, though, and we look around and see that there are about 60 Ohio State players still standing but only about 30 of our guys. Coach Bruce walks over to Coach Fry -- very gingerly, mind you -- and starts crowing about how tough his guys are, how they were going to pound us, etc. He was so pleased to have beaten us. And that's when Hayden dropped the bombshell."

"He showed him that there was nothing in his bucket."

"Then we all revealed that our buckets were empty, too, which led to no small consternation among the Ohio State players. Coach Bruce was so naturally furious. He waddled over to the players and started berating them, calling them liars and cheats. Then he went up to Hayden and said: 'All this proves is that Ohio State players are tough and that Iowa players have no honor.' So then Hayden smiles that big, shit-eating grin of his, and says 'No, Earl, what this proves is that Iowa players are smart enough not to let snapping turtles bite their dicks off, and that Ohio State players have shit for brains.' Then we all burst out laughing and walked out."

Ferentz maintains that the incident was a crucial turning point in Iowa's 20-14 victory the following day. "Dave Moritz caught a pass in the fourth quarter, and their corner [Shaun] Gayle had a good chance to tackle him, but at the last second he winced and grabbed his groin, and Dave took it to this house. That touchdown sealed the victory, and we have a snapping turtle to thank for it."

"Of all Hayden's psychological ploys and trick plays, I'd have to say that was the best one," Ferentz concluded with a laugh.