IOWA CITY. Black Heart Gold Pants has learned from a friend of a source that's familiar with the situation that Iowa head basketball coach Fran McCaffery has requested and received from Iowa Athletic Director Gary Barta additional security measures for Iowa's game with Iowa State in Ames, Iowa, on Friday night. The Iowa Hawkeye football team visited Ames in September and were the victims of a locker room burglary during the 27-21 win over the Cyclones. The Ames police identified a suspect in the case but an arrest hasn't been made. Gary Barta told our source that the lack of an arrest in the previous case has led to Iowa taking extra precautions.

Ames Police issued a sketch of the suspect: 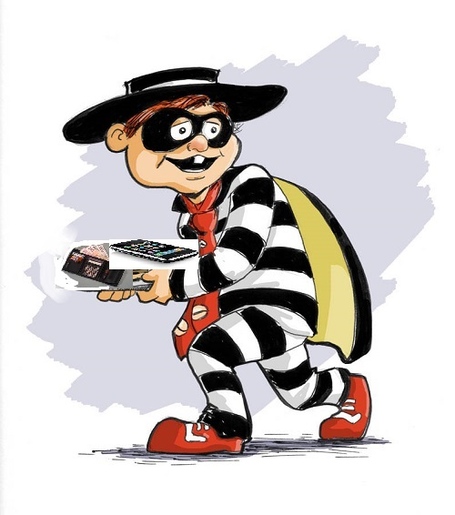 Black Heart Gold Pants has learned that Iowa will travel with their usual team bus followed by a Brinks Security armored van. The van will deliver team equipment and uniforms and also hold Hawkeye personal belongings before and during the basketball game. Also, Brinks will supply the Iowa bench with a SentrySafe 4.7 cu. ft. Electronic Lock Fire Safe. 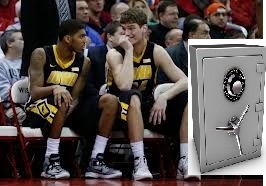 In addition to security for personal items, Nike has agreed to modify Iowa's uniforms for Friday's game. The usual basketball shorts will be equipped with a zippered front pocket and each player will receive a Nike chain wallet. The chain can attach to the Hawkeye players' belt loop providing extra protection for their student ID and money. Nike will also equip each player with a pair of goggles often known as "rec specs" for eye protection. McCaffery felt it might be cumbersome to the athletes but after reviewing Iowa State's game film versus BYU he decided it was worth the risk of players being slightly uncomfortable versus losing an eye. 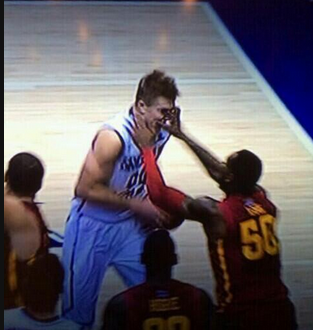 Also, the Iowa team bus will get bullet proof glass today in preparation for the team's trip. In seems like an unnecessary precaution but Barta cited an incident in Ames last season, where following a loss to Kansas, Iowa State fans threatened to "shoot up the team bus" and took to Twitter to use the hashtag #30bullets.

Finally, extra security detail will be assigned to Fran McCaffery, his coaching staff and the Iowa players. Iowa will have officers in standard issued uniform on the bench as well as plain clothed undercover officers in the crowd. There was talk of Iowa leasing a modified Toyota Land Crusier from the Vatican, otherwise known as the Popemobile, but shipping delays will prevent it from arriving to Ames in time. McCaffery felt the extra secure vehicle would be nice but the security personnel will suffice. There has not been a direct threat but Iowa State donors tried to attack Bill Self following the Cyclones' loss to Kansas last season and that's reason enough for concern. 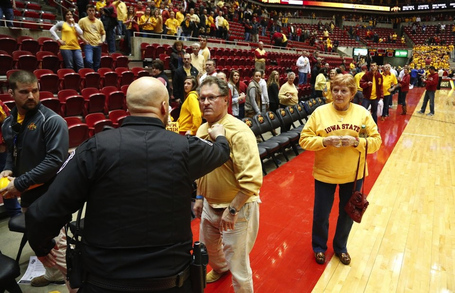 McCaffery and his Hawkeyes expect a crazy Hilton atmosphere when they take on the Cyclones Friday night. Both teams are ranked in the AP Top 25 and the game will have the nation's attention. The extra precautions will not be a distraction says our source. He insists Iowa will be focused and fight hard to come out of Ames with a win, their belongings and most importantly, their safety.