What happens when one of the worst programs in the nation comes to CHA? Hilarity, probably.

Two things to keep in mind as Iowa enters its third game of the season against Maryland-Eastern Shore Thursday night: First, Iowa's close win over Nebraska-Omaha Sunday might not be quite the stumble it initially appeared to be. The Mavericks were an underdog for Wednesday's game at Missouri-Kansas City -- even Kenpom had them with just a 22 percent chance of winning -- but the Mavericks won by 30, with CJ Carter and John Karhoff combining for 38 points. We certainly can't expect a win over Nebraska-Omaha to be listed on Iowa's "Best Victories" chart on Selection Sunday, but we might have run up against a team on a peculiar early-season roll. 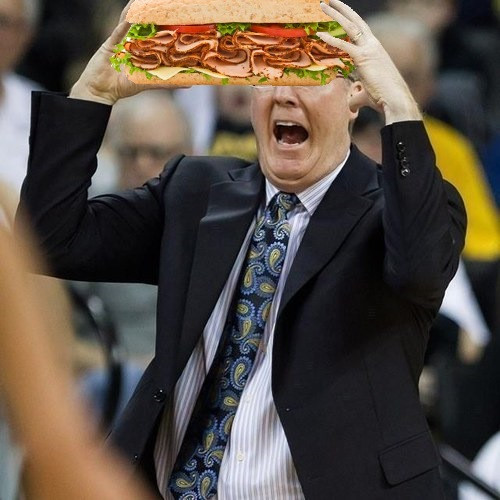 THE GREATEST IOWA BASKETBALL PREVIEW EVER CREATED BY MAN OR MACHINE

Second, as bad as UNC-Wilmington and Nebraska-Omaha might have been, they can't hold a candle to the historical and modern-day putridity of Maryland-Eastern Shore. The Hawks went 2-26 last year, finishing ahead of only Lamar and Grambling State in the Kenpom rankings. It was the program's twelfth consecutive 20-loss season. UMES has not played in the postseason since a 1974 trip to the NIT, and the Hawks have never competed in the NCAA Tournament. They're basically the Nortwestern of the Maryland state university system.

Maryland-Eastern Shore opened the season with a 19-point loss to Columbia, a team that finished last season 12-16 in the Ivy League. UMES does have one win this season, a blowout win over something called Salisbury State that plays in Division III and is only three letters away from being something on your high school lunch menu. Shockingly, Kenpom isn't putting much weight on this victory: UMES is ranked ahead of just five teams in the current ratings, and is currently predicted to win just two more games this season.

Kyree Jones, a 6'2 junior guard out of Indianapolis, has been the Hawks' best player by a mile. Jones, who attended six different high schools and three colleges (including Northern Illinois, from which he transferred to UMES) has averaged 25 points in the team's first two games. He dropped 33 on Salisbury, knocking down 5/10 from behind the three-point arc. Freshman guard Hakeem Baxter, also 6'2, posted 17 against Columbia on 6/9 shooting.

Senior center Francis Ezeiru is 6'10 and has a great name, but he's posting just 5.5 points per game so far and scored only 3.7 ppg last season. Ezeiru does block a shot or two per game, and should be a somewhat formidable defender for the Iowa front line. Otherwise, there isn't much on the UMES front line. Senior forward Troy Snyder starts, but his seven points and five rebounds aren't going to scare many opponents.

This year's schedule is going to be better than last year, but it hasn't started yet. Friday's game is going to tell us nothing more than the fact that a deep, talented, Big Ten team is significantly better than one of the nation's worst programs. At least it should be fun to watch.