It's Not Plagiarism If You Link To It: How To Watch Michigan State Versus The Iowa Hawkeyes

Get ready for game day.

Share All sharing options for: It's Not Plagiarism If You Link To It: How To Watch Michigan State Versus The Iowa Hawkeyes

Michigan State at Iowa on Saturday will be televised on ESPN2 at 11 a.m. #hawkeyehomecoming

HAPPY HOMECOMING. The weather is being difficult. If you had plans for today in Iowa City, you may want to stay tuned.

We have delayed the decision of parade cancellation until 2:15. We will announce it via email, news outlets, and social media.

IF YOU'RE HEADING TO THE GAME. Wear the appropriate color! It's the spirit game in Kinnick so stripe out the stadium. 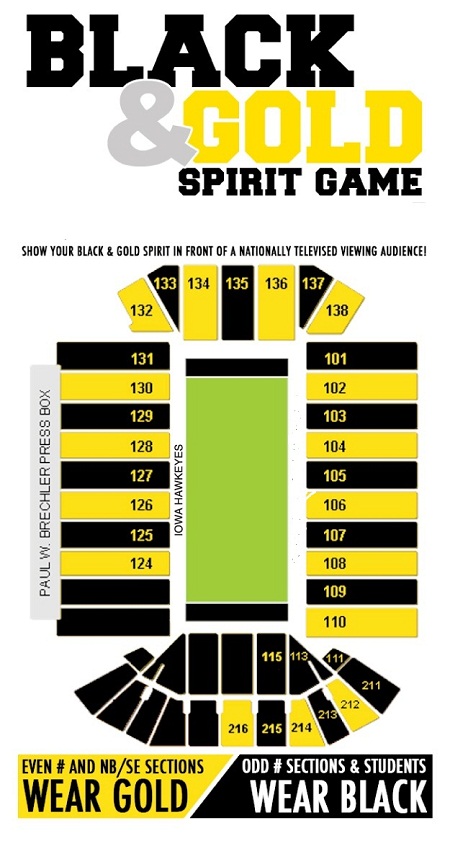 WEATHER. (Source) There's a chance of severe weather but the current forecast shows rain in the early morning and moving on by game time. Still, this is Iowa and the weather changes frequently. The University of Iowa would like you to be aware of the forecast for severe conditions and plan accordingly. 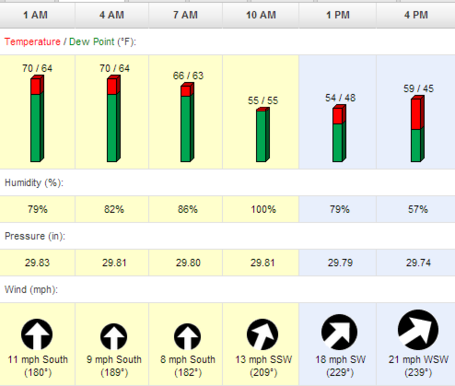 RADIO/INTERNET. You can listen to Dolph an Ed on WHO 1040 AM or WMT 600 Cedar Rapids (no stream). Online, gametracker is available at Hawkeye Sports. So is audio ($$). You can also check ESPN3 for online viewing if your Internet Service Provider allows.

THE SPREAD.The line has been fluid this week moving from Iowa -1.5 to MSU -1 back to Iowa -1. It'll continue to move up to kickoff as it appears to me Vegas is trying to keep this game at 50/50 to play the juice. Consider this a coin toss.

PREDICTIONS. ESPN Big Ten Bloggers Adam Rittenberg and Brian Bennett are again split on who wins this game. Bennett doesn't believe in the Hawks. Folks at the BTN are also split on the winner. Football Study Hall has Iowa winning 4.2-3.1. And finally, Marc Morehouse gives Iowa an edge in his advantages and predicts an Iowa win, 16-14.

Bo Porter is Iowa's honorary captain this week. You might know him as the manager of the Houston Astros.

IOWA'S GONNA NEED MORE OOPS POWELL SURPRISE. He's a weapon. Perhaps like one we haven't seen in a Hawkeye uniform in a long time. How he went from Toledo to Utah to now Iowa is an interesting journey. Read about it here.

THIS GAME IS ALL ABOUT DEFENSE. Both teams have studs at middle linebacker. They're the leaders of their defense.

IOWA'S IMPROVING DLINE WILL NEED TO TAKE ANOTHER STEP FORWARD. Louis Trinca-Pasat and Carl Davis have played better than anyone expected back in August. This game is another challenge and another chance to prove they're legit.

I'M SURE THEY ARE LOOKING FORWARD TO MSU/IOWA.

HOOPS. It's basketball preview season. Get ready for more links like this. The Big Ten Network announced its basketball schedule for this Winter. Iowa has seven games that will air on the network. Also, Fran McCaffery did some talking to the Daily Pennsylvanian. Iowa will take on Penn this season. McCaffery played for Penn from 1979-1982.