GAME DAY INFO: How To Watch The Northwestern Wildcats At The Iowa Hawkeyes

Bring on the Cats.

Share All sharing options for: GAME DAY INFO: How To Watch The Northwestern Wildcats At The Iowa Hawkeyes

IT'S THE ANNUAL ANF GAME IN KINNICK.

KICKOFF IS SET FOR 11:00 AM. The Big Ten Network will have the television broadcast. The Direct TV guide shows Iowa on channel 610. No alternate this time. You can also view the game online on the BTN2Go.

RADIO. Dolph and Ed will be available on various radio outlets. You can listen in Des Moines on WHO 1040 AM or in Cedar Rapids on 600 WMT.

FANS ARE ASKED TO BRING FOOD ITEMS. It's the ANF Game and there's a food drive. You'll need to find a UHaul truck in the parking lots as:

There will be no collection containers at the entrances of Kinnick Stadium, so fans should not bring their donation with them when they plan to enter the stadium for the game.

WEATHER. It's going to be a cold tailgate but a decent day by kickoff. (SOURCE) 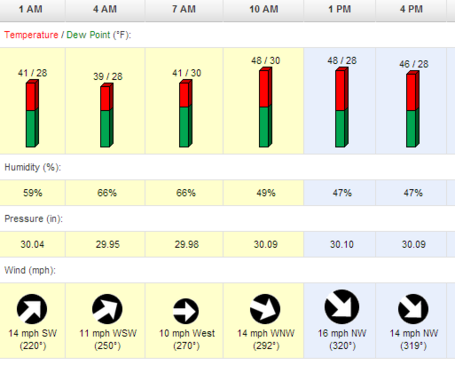 THE SPREAD. Iowa is favored by 3.5 points over the Wildcats. The line has bounced around between Iowa -3 and Iowa -4 all week. The public money is almost an even split. Iowa is getting 53% at the time of this post. 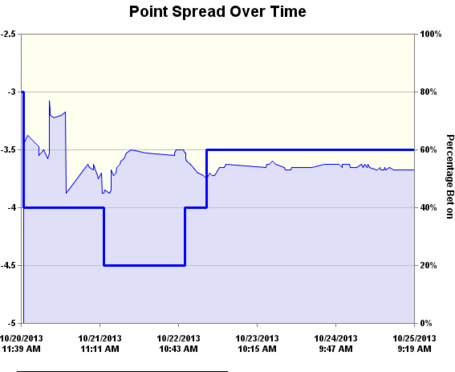 WE CAN USE WINSIPEDIA TO COMPARE THE TWO HISTORIES. Here, we'll see that Iowa is better than jNothwestern at everything.

IF YOU'RE STAYING HOME, TUNE INTO THE BTN SATURDAY AFTER THE GAME FOR A SHOW ABOUT THE 1985 IOWA TEAM.

Be sure to watch "Big Ten Elite - 1985 @HawkeyeFootball " this Saturday on @BigTenNetwork http://t.co/8kGoFtdhyD

THE HOOPS BLACK AND GOLD BLOWOUT IS TONIGHT. Here's some parking information if you plan to attend.

YOU CAN ALSO GRAB A NEW HOOPS POSTER.

Posters are in! Get your copy tonight at the Black & Gold Blowout. #HotOffThePress #Hawkeyes pic.twitter.com/U0AzvpgCxK