When Iowa posted an opening for assistant football coach, they didn't expect that one of the applicants would be revenge ... by a vending machine. I mean, why would they? 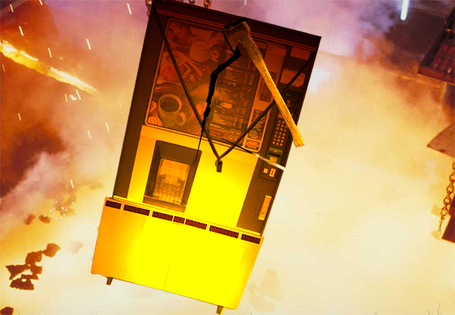 You might have thought Iowa football's involvement with vending machines would have ended then and there, but you would have been dead wrong, mister. Recently, the following job ad appeared on the University of Iowa's website:

Almost immediately, a user named "Wasabeef" began to fill out an application: 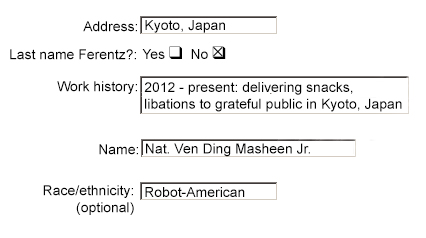 Alright, looks like we've got another coach to hire. How did we do this last year?

You threw darts at your assistants, but I've been told by the higher-ups that you can't do that any more. We had to post the job publicly and accept applications through the normal university channels.

Ooh, can I apply?

I know, but my copy of What Color is Your Parachute says that "when you find yourself in an untenable job situation, it is wise to explore possible landing places so that you are not caught off guard by sudden unemployment." So I like to put in applications whenever I hear something open up.

I've heard back from The Gap already, but I told them I'd have to wait and call them back.

My parachute is blue.

As I was saying, if that's the way we have to hire people now, let's get it over with. Show me the candidates.

After several hours, the three men have winnowed a long list of applicants down to a handful, when they reach the final application.

I once knew a Dutch guy named Nathan Van De Kamp. Like the beans.

Well I've never heard of this guy. And he's been working in Japan as some kind of... waiter, I guess? I'll pass.

Hold on a minute. Did you see this guy's references? Steve Largent, Jerry Rice, Don Hutson. They all rave about him.

And under "accomplishments" he listed "taught Bill Walsh West Coast Offense" and "invented dig route". Plus he speaks "some Spanish". This guy is a genius. We need to get him in here.

Come on, it's obviously a tissue of lies.

Everyone who didn't coach a team that produced only seven passing touchdowns this year, raise your hand. [raises hand]

Put your hand down, Greg.

I don't think you can blame the defensive coordinator for the team not scoring touchdowns.

You are the offensive coordinator, Greg.

It's settled then, we bring in the Japanese/Vietnamese/Dutch guy.

Barta sends out the invitations to the various candidates, including the mysterious Nat. Ven Ding Masheen. Moments later, there is a flash of light and a clap of thunder in the visiting locker room. 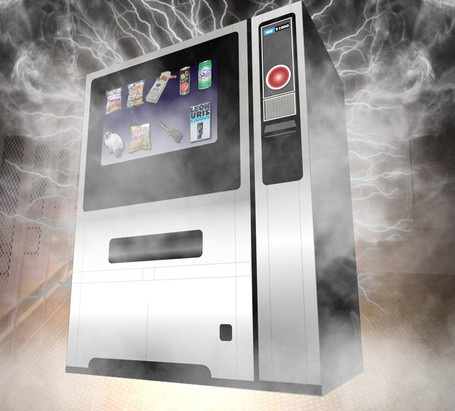 END OF ACT I 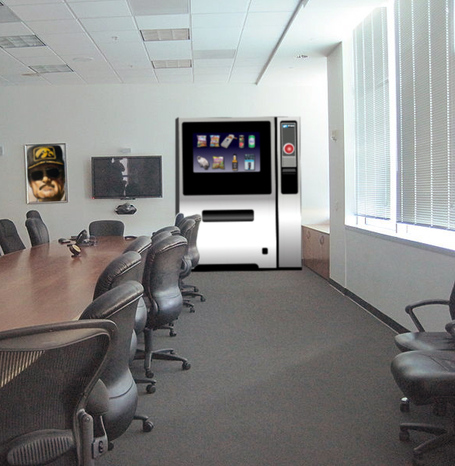 So where is this guy? All the other candidates showed up, but this Masheen has kept us waiting for half an hour. And it's almost lunch time. Kirk is getting hungry here.

Let's give him a few more minutes.

How long has this vending machine been here? Looks high-tech. Maybe I can stave off my hunger pangs with a little snacky-snack. 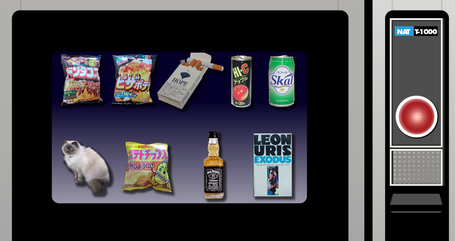 Hmm... these are some odd choices. I don't know what those things in the upper left are, I don't think Mr. Tippetts would like me bringing home another cat, and I don't smoke... The only thing I recognize is that potato. So I'll have that. Umm... how do I do this? I don't see any buttons. Maybe it's voice activated. "Potato chips please".

Here you are, Coach Ferentz. No charge.

Wow, a talking vending machine. And it knows my name. What a world. 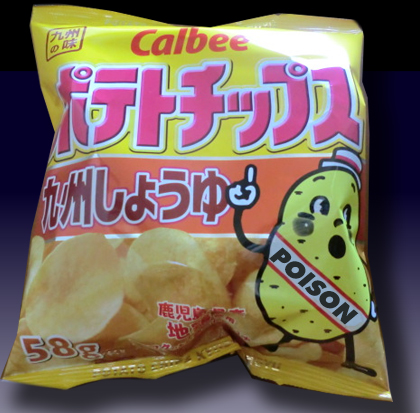 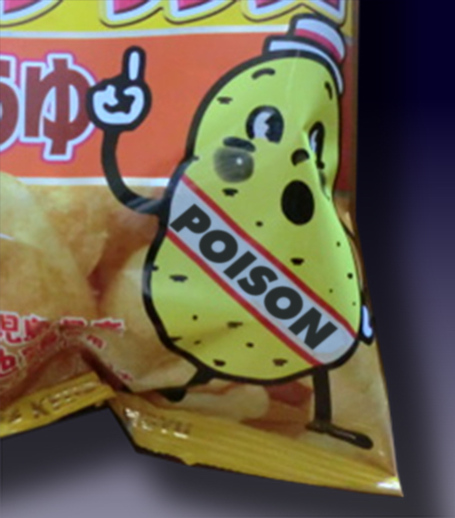 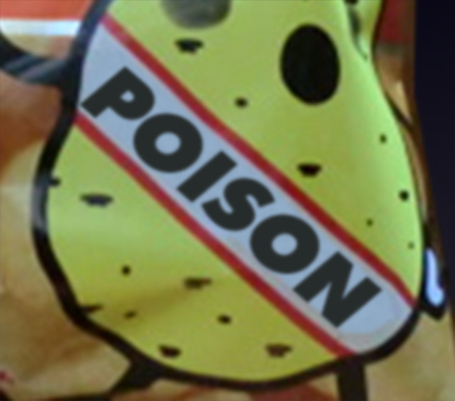 Ah, potato chips. The finest of the chips. [Raises chip to mouth]

Hey guys, they were having a catered event downstairs and I scored two feet of a six foot sub!

Ooh, screw these chips. Give me 12 inches of that!

Later, Coach Ferentz exits the secure gate separating his office from his assistants. 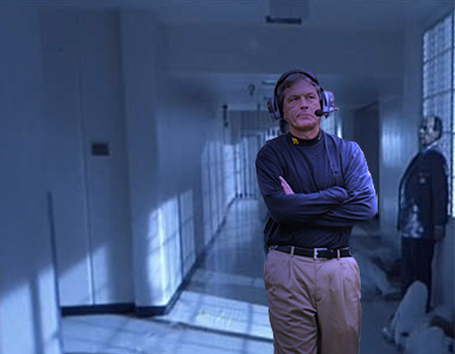 Little does he know he has company... 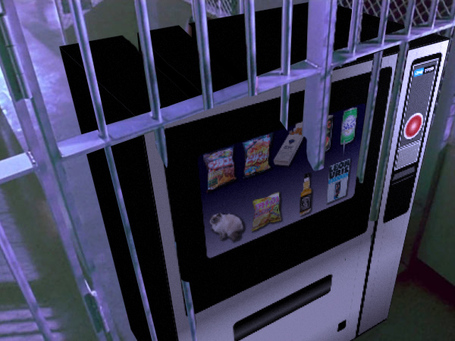 And just as he's about to reach the exit... 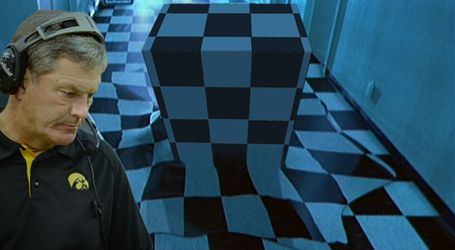 What the... Oh, it's just this new fangled vending machine. No thanks. I try not to eat salty snacks after five P.M. [gets in car] A vending machine that follows you to your car. What a wondrous technological age we live in. [drives off]

Coach Ferentz drives home, but once again he is not alone. 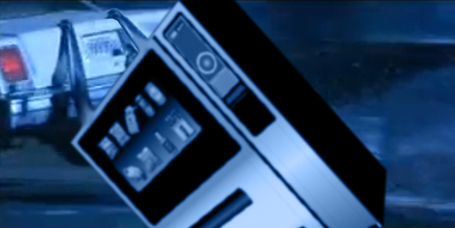 And in the Ferentz driveway, a final confrontation takes place.

Coach Ferentz, how about those chips?

Gosh darnit, these high-tech machines are pushy. I can't have chips. My doctor says salty snacks before bed time are what's causing all those nightmares where I need four yards for a first down and keep getting three and a half. I'm going to have to say goodnight, but still, what a fascinating push-button age we live in, where a vending machine can be described as "pushy". Nana Ferentz would be amazed.

Gum, eh? Well, yeah, I can always do for some gum. As long as it's sugar-free, of course. 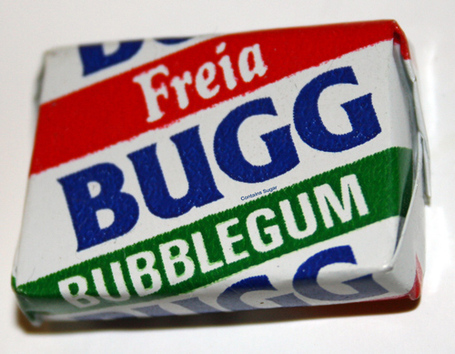 The pleasure is all mine. <sotto voce> You killed my father, you bastard, and now you're going to pay. 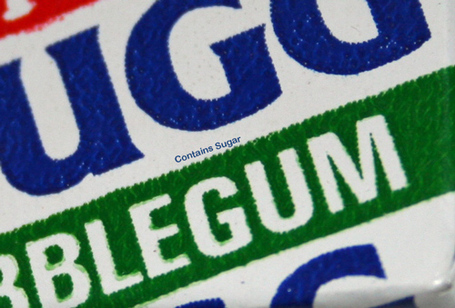 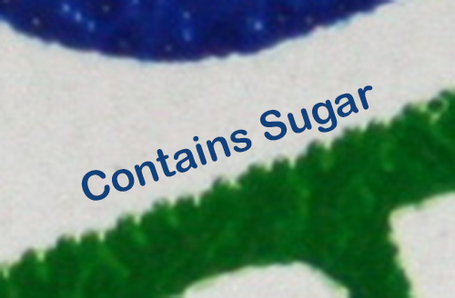 END OF ACT II, END OF COACH VENDING MACHINE SAGA... OR IS IT?