The Iowa basketball team has recruited Peter Jok, which one professor decries as just more proof that the school is ruled by a drunken Jok-ocracy.

Share All sharing options for: Iowa administrator declares: "The Joks rule this school!" 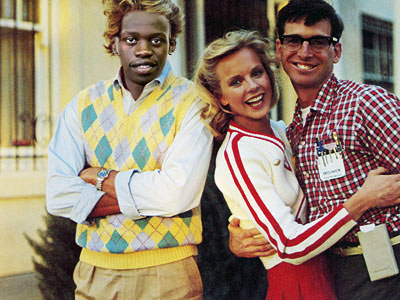 With the recent announcement that the Iowa basketball team has recruited West Des Moines Valley guard Peter Jok, one university administrator has declared, "It's official: the Joks rule this school." Dean of Liberal Arts Hunter R. Howell made his remarks in an exclusive BHGP interview yesterday.

"When Coach Fran McCaffery offered that scholarship to Mr. Jok, it marked the 75th Jok Iowa has admitted to the university in the past four years," said Dean Howell. "Four of those Joks are siblings or cousins of Mr. Jok, but the rest are just unrelated Joks from around the country. They all have one thing in common, though: they're up to no good."

Howell believes that the Joks exert an undue influence on campus culture. The tweed-clad professorial stereotype remarked: "They're loud, arrogant, they wear flashy clothes, they're abusive to some of the less popular students, and they get all the girls. It's not fair."

When asked whom the University ought to have admitted in place of the Joks, Howell had a ready answer. "In fact there was actually another basketball player from Valley who would have made a fine addition to the university both as an athlete and a scholar: Martin Nurd." Nurd, a 5'8", 120 pound shooting guard, averaged 0.5 points per game on the Valley junior varsity team last year, but Howell argued he made up for his poor statistics with intangibles. "Just look at his statistics: 4.0 GPA, perfect SAT scores across the board, more AP courses than you can count, and offers from all the best schools: MIT, Cal Tech, Carnegie Mellon. He's a real genius!"

Howell observes that, in stark comparison to the Joks, the Nurds are an oppressed minority on campus. "They number just 13 and live together in a ramshackle fraternity building. Officially it's the Lambda Lambda Lambda house, but those Joks all call it the Dork Fort!" Howell points out that the Lambda pales in comparison to the official Jok fraternity house, an immaculate neoclassical-style mansion that echos the haughty, aristocratic demeanor of their residents and almost seems to shout: "We're better than you, lowly Nurds."

In response to the growing Jok menace, Howell admits that he has privately advised the Nurds on how they might turn the tables on their more popular foes. "When they got back to school this year, I told those Nurds that they need to fight back. I made purely hypothetical suggestions about pranks one might pull if one wanted to win in a classic snobs-versus-slobs battle: panty raids, filling the Jok house with popcorn, food fights, stealing the Jok's girlfriends using their wiles and superior intelligence, and the like."

Howell refused to comment when asked if the Nurds might have played a role in a recent prank wherein head basketball coach Fran McCaffery's locker room was filled with jello. "I don't know who was responsible for that excellent prank, but whoever it was must have had remarkable technical skills and a good grasp of fluid dynamics."

When asked for his reaction, McCaffery had only one comment: 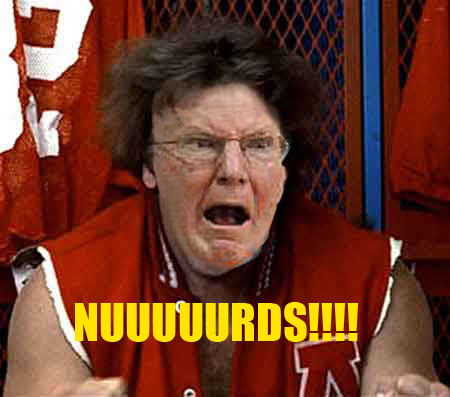