Trapped in Minnesota, Floyd the lovable bronze pig receives guidance from the littlest of friends. 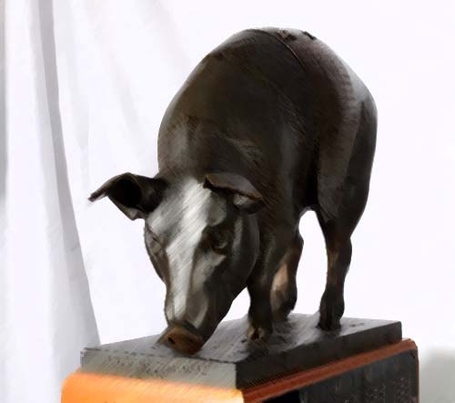 There once was a pig named Floyd. Floyd was not like all the other pigs. For you see, Floyd was bronze and mounted onto a base. 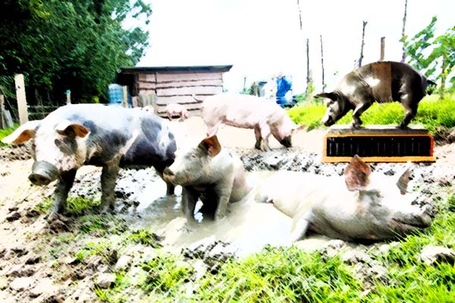 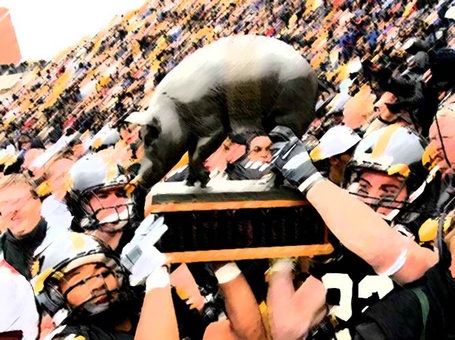 The best part was on one Saturday each fall, his owner would bring him outside and he got to hear the cheers and smell the popcorn and watch all the brightly colored humans run into each other — just like pigs! And more often than not, his owner and his friends would take and hoist him into the air and Floyd’s little bronze heart would beam. 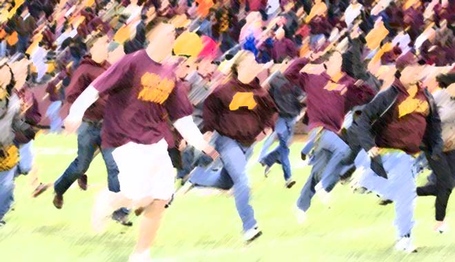 One of those fall days, though, something was not quite right. Floyd again heard the cheers (but fainter), smelled the popcorn (but staler) and watched the humans (but slower), only this time a new group of people came to lift him up. Floyd was terrified as all of the maroon and gold washed over him. 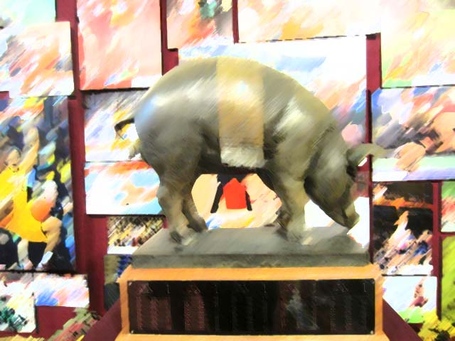 Floyd resigned his fate to the new owners, who claimed they also loved him. But to Floyd this love seemed to be based more on spite than actual love. His new owners constantly chanted about hating his old owners and Floyd never had a chance to rest as his new handlers moved him from one spot to another in the state so a continuous string of burly, blonde wahoos could gawk at him.

After the tour of his new surroundings, Floyd sat in a new pen, waited and stewed. Oh how he wanted to be a real pig, so he could be delicious sausage patties and ham instead of constantly cold and stared at. 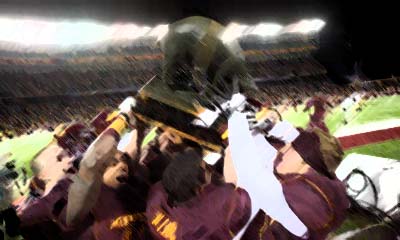 A year passed and his old owners returned in a fight to retrieve Floyd. The bronze pig watched with wonder as his old friends moved up and down the field with ease, there was little celebrating though. And a growing cheer in the stadium as the light began to fade made Floyd sad. The Maroon and Gold hoisted Floyd again and the pig cried and cried. 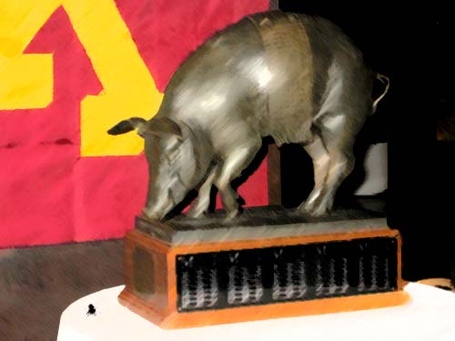 The next six months passed with Floyd standing silently. "This was not the way things were supposed to be," the pig said before crying again as he prepared for another trip among the gawkers.

"Pig, why are you crying?" A voice asked.

"Down here, my name is Charlotte."

Floyd shifted his eyes down and found a black spider staring back at him.

"Hello, my name is Floyd. How long have you been here?" the pig asked.

"Look around," Charlotte answered. "Do you see all of the cobwebs? These pens have been empty for a long time and I have made this place my home. Again I ask. Why are you crying?"

"I don’t want to be here. I want to be back with my old owners. I don’t know how long I can take this."

"I see," the spider replied. "I’ll tell you what, I will help you fulfill your wish." 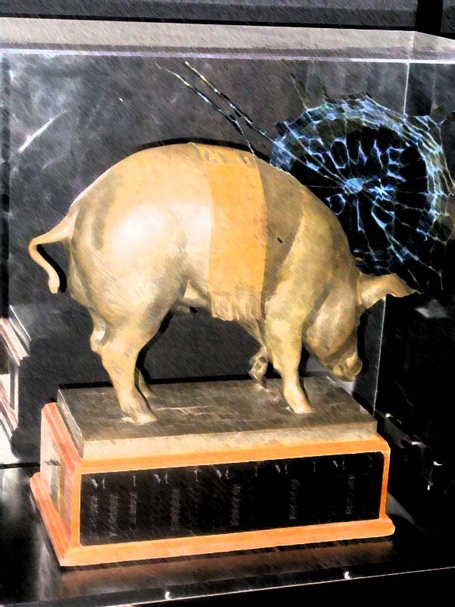 Charlotte climbed back up to the webs in the top of the pen and got to work. Three days later, after Floyd had returned, a janitor came in to clean the room and found a surprise.

"Some pig," he repeated to himself. "Some pig indeed. We love you Floyd. WHO HATES IOWA? WE HATE IOWA!" The janitor finished cleaning the room and stepped out. 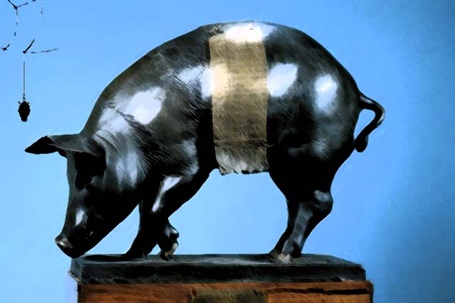 "Some pig?" Floyd angrily asked. "That was your plan?"

"I thought it was going to work," Charlotte replied.

"Well, let’s think of something else." Floyd said, again optimistically.

"I’m sorry, but I will be leaving you very soon and cannot help you anymore."

"I did all I could." Charlotte said. "Also, I’m pretty sure you ingested my eggs. I’m sorry — that is not going to be pleasant."

"I’m a bronze trophy. How could that happen?"

(puts book down) And that is why it is actually OK to lose to Minnesota. Spiders, yuck! Good night my sweet angels. Sleep tight.

(teary-eyed) But what happened to Floyd? Did he get out OK?