Share All sharing options for: James Vandenberg searches for answers

Alright gentlemen we need a good week of practice. We're almost there. I see two or three touchdowns on the horizon, but it's going to take a strong effort and...

The offense and defense splits apart

Men, I know you've been waiting this day for a long time - it's time to expand the playbook. Here we go Z Left 38 Lady Bird Johnson Bubble Screen. Run it on two.

I don't want to make a stink, sir, but we've already run a bubble screen. Multiple times, in fact.

That's a keen observation Jimmy, but we've never thrown it to the left before. Nobody is going to see it coming.

Wait, another bubble screen? Is he serious?

Well to be fair, this one's going to the left.

We've thrown one to the left before. It gained two yards. Change the play James, c'mon. Please.

He's excited about this one.

You realize this is going to end in a one-yard gain, right?

Ummm guys, you've been in the huddle for 30 seconds now, I'm going to back you up with a delay of game penalty. Now... exectute.

Ferentz steps back, writes in his notepad and stares at the action stoically.

/throws strike on post to Don Shumpert, it is dropped.

That's alright. That's alright, we punted and their returner muffed it, we've got the ball at their 20 yard line. Spread right Book Depository 1122 X Cross. On one.

We did it! The field goal unit just came out and kicked another field goal, we're within 10, now let's go out there and do it again.

Vandenberg takes off his helmet and starts walking

Jimmy, where are you going? I've got a full list of plays to go through.

Vandenberg leaves the practice field and enters the locker room.

Go over to Coach Parker and tell him that we're ending practice early. James is not feeling well. 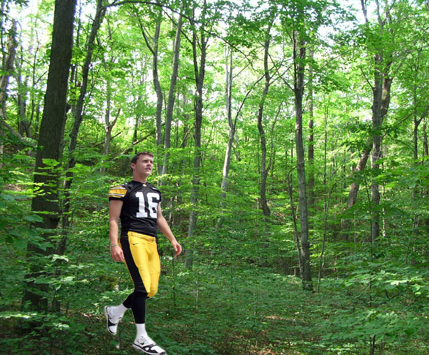 This is not what I signed up for. A mundane offense, receivers who can't catch the ball and, to be completely honest, I haven't been good at all either. And now I'm wandering aimlessly and talking to myself, it truly is the senior season from hell.

Vandenberg collapses in a heap.

I'm sorry. Bear it. Bear it, not bear. Old habits and all. 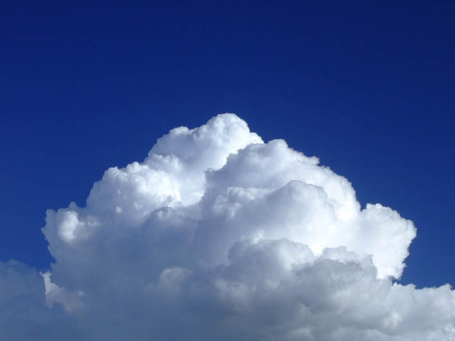 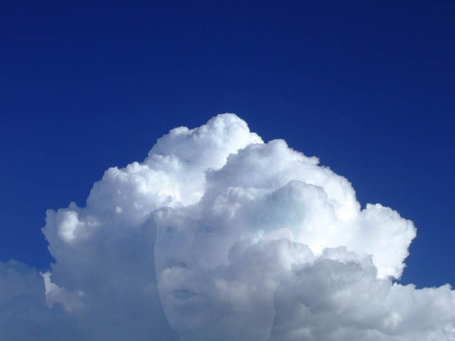 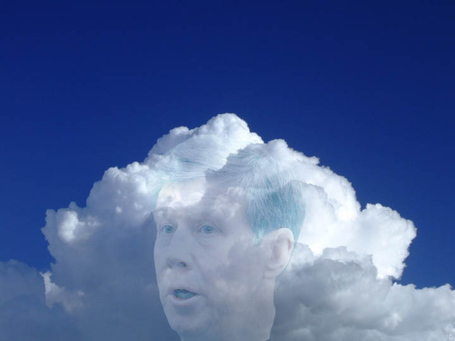 No you didn't. You told me you looked forward to working with me during my senior year and then you took a job with the Dolphins.

Yes, the Dolphins. They needed my help and it has been an absolute pleasure to give it to them.

Things haven't been the same without you. The offense is a disaster, we kicked an imaginary field goal in 7-on-7 today for godsake.

So what do I do? You always had an answer, no matter how misguided.

It's all about confidence. Believe in your own abilities and the abilities of your teammates, they work just as hard as you. Things will turn around, you've worked too hard for them not to.

James is this too complicated for you? 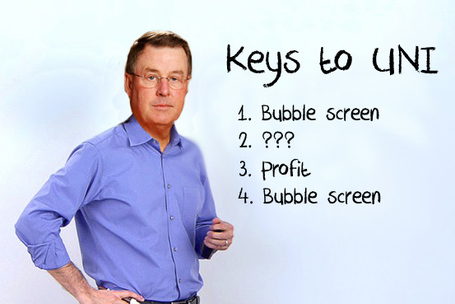 (to himself) Wait, was that just a dream? (Smiles) That darn Coach O'Keefe, what a character, I wonder what he truly thinks of how things are going. 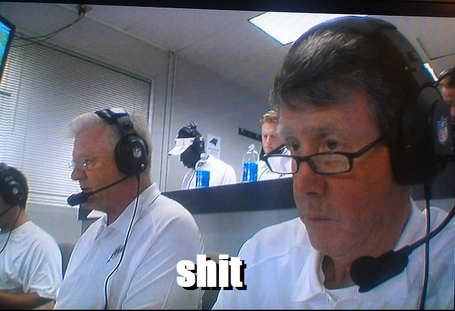