Kirk's Works: Counting down the Top 25 wins of the Ferentz era - Number 21

Share All sharing options for: Kirk's Works: Counting down the Top 25 wins of the Ferentz era - Number 21 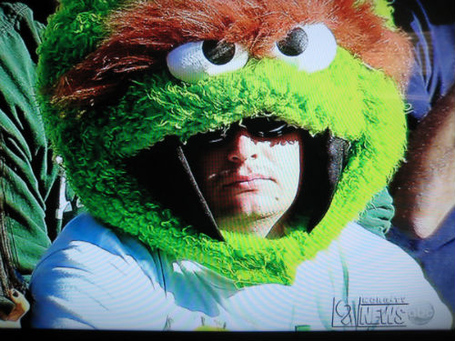 Regrets, I've had a few.

What the hell just happened? A legitimate question especially after a whirlwind first half that ranks up there with the best the Hawkeyes have ever played. Hell, even Ferentz played against a type, calling all of his timeouts late in the second quarter in a supreme act of coach trolling.

The Hawkeyes dominated from the start, taking the opening kickoff and driving for more than six minutes (a drive so unrelenting that Michigan State even had to call a futile timeout to try to slow it) before ending the drive with a touchdown.

Iowa added a field goal and had a pretty comfortable 10-0 lead as the seconds ticked off in the first quarter. And then... well then - Tyler Motherfuckin' Sash happened.

Sash's best Ed Reed impression led to a Micah Hyde touchdown and the rout was on. Everything seemed to go Iowa's way. Horrible back leg throw from Kirk Cousins leading to an interception? Check. Adam Robinson running away from All-American linebacker Greg Jones on a wheel route? Check. Stanzi throwing a duck that somehow got wrestled away by Brad Herman, who then found nothing but open field and rumbled all the way to the two-yard line before being knocked out of bounds? *deep breath* Check.

Epic Brett Greenwood added his own interception on the Spartans' first drive of the second half and one final Marvin McNutt touchdown made it 37-0. Michigan State did score in the fourth quarter, but it proved to be too little too late. 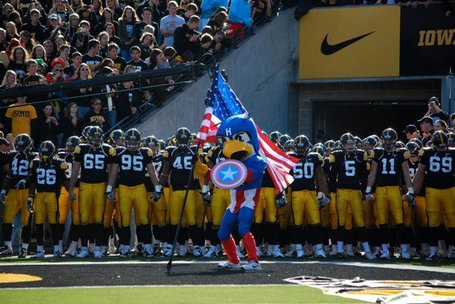 Now with that out of the way. Sash and Hyde teamed up for one of the best Hawkeye plays of all-time. Stanzi was a very efficient 11-for-15 with three touchdowns and Adam Robinson scored twice. Herman had his best-ever game for the Hawkeyes (three catches, 80 yards) and Mike Daniels proved to be an absolute beast, spending a lot of time in the Spartan backfield. Finally, Norm Parker made his return to the booth and the Hawks won by 31 (obviously).

Important? Well it did show just how much potential that 2010 Iowa team had when everything was clicking. The defense was great, bottling up both the rushing and passing attacks of the Spartans, while the offense churned out 352 yards. Of course, this is the game where Robinson allegedly suffered his first concussion and it was all downhill from here as Iowa needed the Demarlo Belcher drop to avoid a four-game losing streak to end the regular season before beating Missouri in the Insight Bowl. Also, it prevented Michigan State from appearing in the Rose Bowl. Suck it Dantonio.

Personal memories: I was away from home on business and was about to head back. As I walked to my car, I ran into somebody who was listening to the game on the radio and asked what the score was. He told me 7-0 and I thought that's a pretty great start for the Hawkeyes. By the time I got to my car and the radio tuned into the game, Dolph was breathlessly talking about what had just transpired - I missed the Sash-Hyde interception return by just 30 seconds, but I never had a better four-hour ride home.