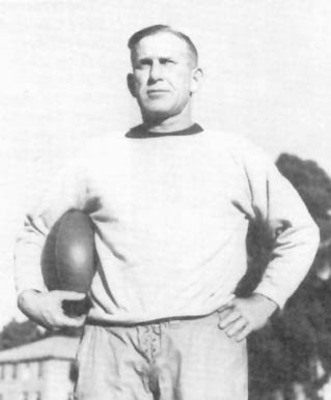 From 1910-1915 Iowa football had many ups and downs. Led by head coach Jesse Hawley, the Hawkeyes had a respectable 24-18 record over that span but was just 8-11 in conference play. Iowa started off the 1915 season 3-0 but that quickly turned and they finished the year 3-4. Criticism of coach Hawley grew louder as the state of Iowa produced talented football players but they weren't choosing to play football at the University of Iowa.

December 20th, 1915, Iowa hired Howard Jones, formerly of Yale University, where he played and coached. As a player at Yale, Jones never lost a game and they claimed three national titles from 1905-1907. Jones had an Iowa connection; it was former classmate and Iowa businessman Reed Lane. With Lane's recommendation Jones became Iowa's 11th head football coach and signed a five year contract for $4,500 a year. The longest and largest contract ever given to a coach at Iowa at that time.

Jones' impact wasn't felt immediately. He'd struggle in 1916 and 1917 leading Iowa to a 7-8 record overall, just 1-4 in conference play. It was 1918 when things began to turn for both Iowa and Jones. His Hawkeye squad would defeat Minnesota for the first time in school history. The 1918 Hawkeye team would finish the season 6-2-1 with a 2-1 conference record.

World War I would have a big impact on Jones and his Iowa football teams. Jones' first two years could have been better had not his Chicago Tribune All-American Fred Becker enlisted to fight in the war. Jones would assume athletic director duties at Iowa after Nelson A. Kellog left to serve two years fighting in the war. Also, due to WWI and men enlisting, the Big Ten would put aside rules that prohibited freshmen from playing football.

Jones' best seasons at Iowa came after those relaxed Big Ten eligibility rules and after making due on a promise to get the state's top talent to enroll at Iowa. Jones landed the Devine brothers, Aubrey and Glenn, from West Des Moines. He also landed Frederick Wayman "Duke" Slater, of Clinton. The Devines and Slater were three native Iowans that would lead Jones' best Hawkeye football teams.

Jones entered the 1920 season with a 23-14-1 record as Iowa's head coach. After defeating Knox College, Iowa would shock the nation as they defeated Knute Rockne's Notre Dame team in Iowa City. The Irish had won their previous 20 games and were 2-0 entering the match up with the Hawkeyes.

Iowa went on to beat Illinois, Purdue, Minnesota, Indiana and Northwestern to finish the season 7-0. It was Iowa's first perfect season and first Big Ten Championship since 1900. Iowa was invited to play California in the Rose Bowl but Big Ten rules didn't allow bowl games. Jones' 1921 team was considered the National Champion by Parke H. Davis, a college football historian who selected champions and was recognized by the NCAA.

In 1922, Jones would again shock the world as his Iowa team traveled to Yale and defeated them 6-0. Yale was an East Coast football powerhouse led by Howard's brother Tad Jones. Howard's team incorporated the huddle, a concept new to East coast teams like Yale. The victory made national news and the Chicago Tribune published this headline: "IOWA ELEVEN SMASHES YALE."

Iowa would defeat Illinois, Purdue, Minnesota, Ohio State and Northwestern in 1922. For the second consecutive season they finished 7-0 and were Big Ten co-champions. Iowa and Michigan finished conference play undefeated but never met during the season. Also, for the second year in-a-row Iowa would not participate in post season play.

In 1923, Jones and Iowa's chairman of the Board of Athletics, B.J. Lambert, had a disagreement over responsibilities. Also, Jones' wife didn't favor living in Iowa City and he decided to move elsewhere. Iowa offered him a $10,000 contract to stay but he left for Trinity College (now Duke University).

He stayed at Duke for one season before taking the job at the University of Southern California. At USC, he would accumulate a record of 121-36-13 and win five Rose Bowls. He won five national championships at Yale and USC. He won two Big Ten Titles and seven Pac-12 (formerly Pacific Coast Conference) titles.