Share All sharing options for: Pitbull Goes to Kodiak

(Note: This has nothing to do with athletics of any kind. You can move on to the next post if you're not interested.)

About a month ago, we called the BHGProletariat to action for one purpose: To send rapper and Dr. Pepper aficionado Pitbull to the Kodiak, Alaska Wal-Mart. The idea was, if the Internet was to join forces and use a Wal-Mart promotion to our advantage, we could probably get Pitbull eaten by a bear or frozen in a glacier and be rid of his music forever.

Well, the Internet won. Kodiak, Alaska won the contest. And yesterday, Pitbull did something that I don't think anyone really thought he would do: He actually went there. What followed was obviously a huge event for the people of the remote island village (and an amazing showing of good sportsmanship by Mr. Bull) told in pictures on Facebook and Twitter. 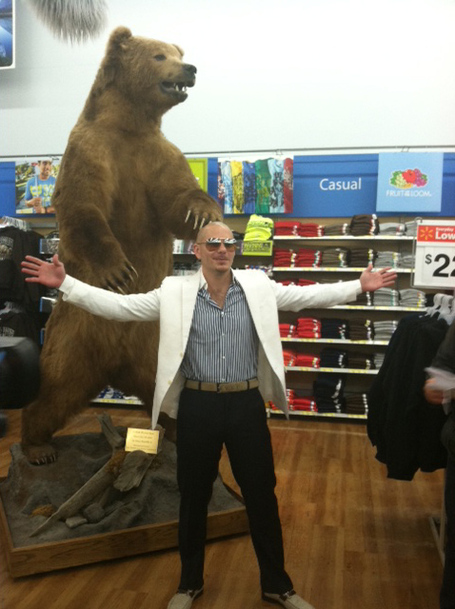 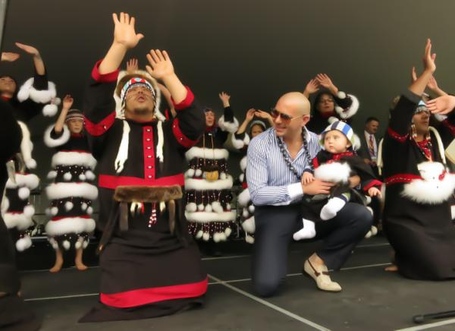 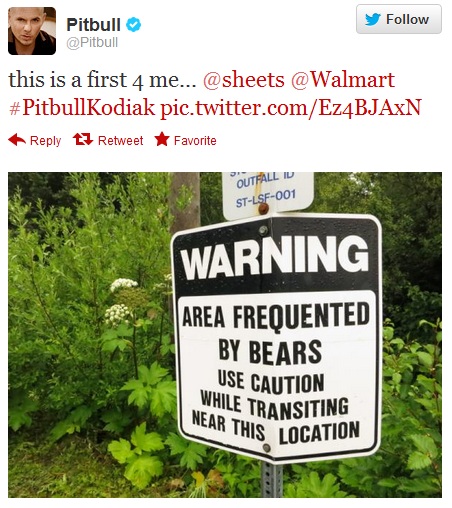 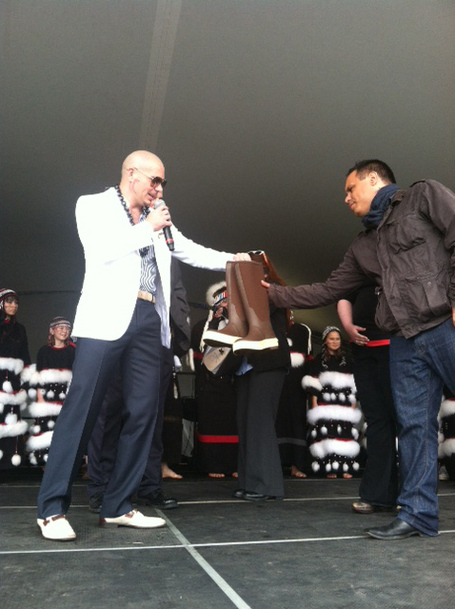 More is available on the Twitter account of David Thorpe (@arr), the Something Awful blogger who apparently came up with the idea of sending Pitbull to Kodiak and was there to cover it; his presence caused Pitbull to quote Michael Corleone from Godfather II and incorrectly attribute it to The Art of War. 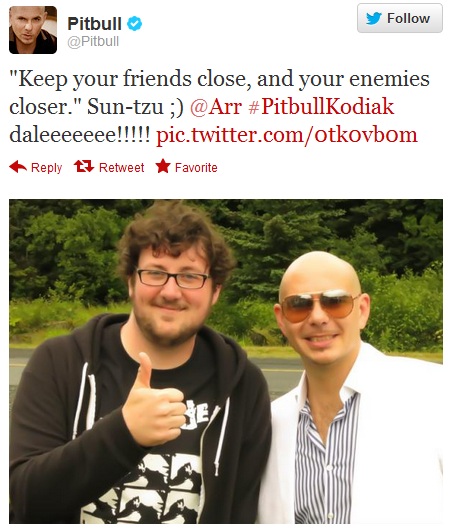 So Pitbull went to Kodiak, Alaska, managed to avoid being eaten by a bear, wore Versace in front of the Wal-Mart casual men's clothing section, and successfully nullified all that ill will from the Dr. Pepper ads last season. Congrats, Internet. We did it. Way to go, team.