Kirk's Works: Counting Down the Top 25 wins of the Ferentz Era - Number 25

Share All sharing options for: Kirk's Works: Counting Down the Top 25 wins of the Ferentz Era - Number 25 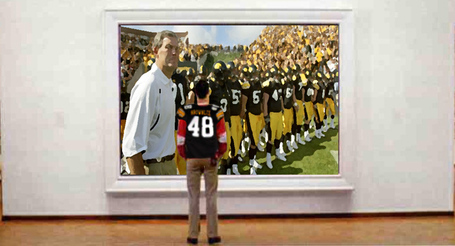 A true work of art

Are you ready to have your mind blown?

2. The Hawkeyes, meanwhile, have just 32 days until they kick off their season with a ‘neutral' field game against Northern Illinois.

What do these two things have in common? Absolutely nothing.*

Actually, I take that back. These two arbitrary facts do have a connection: they give BHGP a flimsy excuse to count down the days until September 1st.

You see, there are only five weeks or 25 weekdays until the Hawkeyes take on the Huskies at Soldier Field and with Captain Kirk nearing the century mark what better time to look back.**

So over the next five weeks, I and a few other BHGP authors will take a look at the 25 Greatest Wins of the Ferentz Era.

The process of picking the top 25 victories of the past was a strenuous task that took months and months of planning.*** Five nameless writers for this site picked their own top-25 and a master list was created with points being assigned based on a game's rank. After putting the list through 30 algorithms and one spinning bat race to break a tie, the list is ready to be presented.

*were you expecting anything different?

** Besides, you know, when he actually hits 100 wins, but it's the summer damnit. 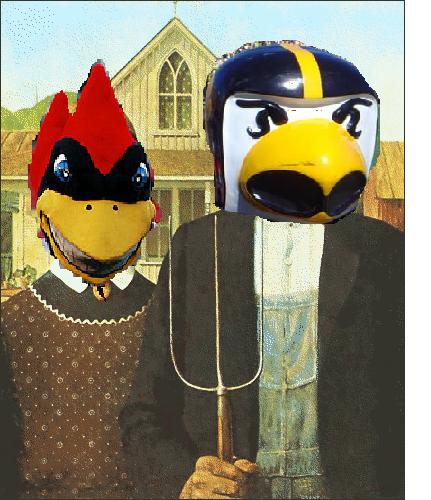 WHAT THE HELL JUST HAPPENED? Iowa jumped out to a 20-7 halftime lead after touchdowns by Mo Brown and Fred Russell and two field goals by Nate Kaeding. The Hawkeyes then took over in the third quarter, blocking a pair of Iowa State punts (both by Sean Considine) to score 13 straight-points. Marcus Schnoor added a 33-yard touchdown run.

HEROES: Considine blocked the two punts and Kaeding made four field goals. Grant Steen intercepted a pass and recovered a fumble and Nathan Chandler had a Nathan Chandler game, throwing for 72 yards on the day in which his team scored 40 points.

IMPORTANT? Hell yes. Iowa was mired in a five-game losing streak against the Cyclones. FIVE GAMES!!! Since I'm pretty sure a sixth-straight Iowa State win would have opened a portal into hell, it was pretty nice for the Hawkeyes to come up with a victory, Kirk's first against the Clones.

A/V: For some reason, there is a disturbing lack of photos or videos from this game, but I've included an artistic rendering of Robert Gallery lifting up the Cy Hawk trophy. 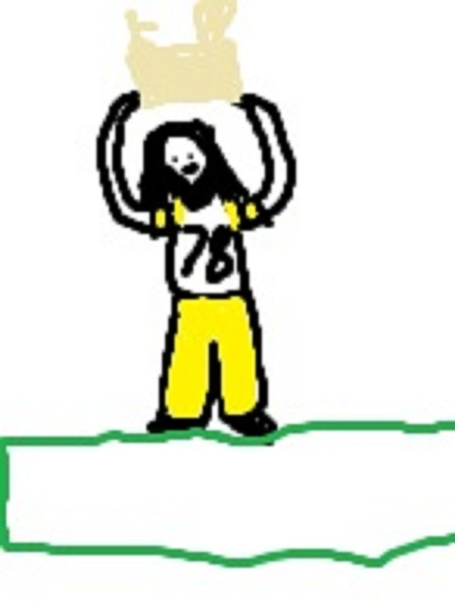 PERSONAL MEMORIES: Because it's at Iowa State, this game was shown on Fox Sports Mid/Mae/Far West which was unavailable in the Hawk6894 household, so I enjoyed the static that accompanied Dolph and Eddie.

So that's win 25. What were your memories? Do you remember Matt Roth ripping off that one guy's arm and beating another Cyclone player with it? Can you believe that Nathan Chandler and Ricky Stanzi are the only Hawkeye QBs to win in Ames during the 2000s?

By the way here are the games that just missed out on the countdown from most egregious to least: