Share All sharing options for: Meanwhile in Calumet City... 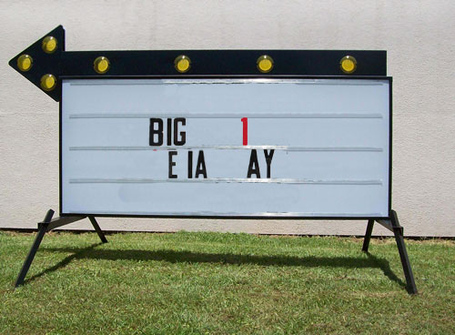 At the Calumet City Bingo Hall

...then I barged into his office and I said "You find a way to give Kurt Kittner a sixth year of eligibility or things are going to be bad." He fired me! And things were still bad!

Are there any other questions... no? Alright, thank you for your time.

Thank you, Ron and thank you former Indiana coaches Cam Cameron, Gerry DiNardo and Bill Lynch. Once again, I'd like to thank you, the reporters, for coming out to the Ex-Big Ten Coaches Media Day. Both of you. It is very appreciated. I, of course, am John Cooper, dean of fired Big Ten coaches, and I can tell you that fall is not only an exciting time for those Big Ten schools, but also for us. Lots of golf to play... heh heh heh. Anyway, next up at the podium is former Minnesota head coach Tim Brewster.

Brewster sprints to the microphone

Summer went well! Attacked that weight room! Watched the Dark Knight Rises! Trying to be ripped like Bane!!! That's my new motto!!! Shoutout to my boy Eric Decker for working with Peyton Manning!! Opening the floor to questions!!!!!!!

Yes, I've asked the same questions to Coach Cameron, Coach DiNardo, Coach Lynch and Coach Turner, and I'll ask it to you too - can you tell me how to get to the McCormick Place Convention Center for the actual kickoff luncheon, the flyer I received said Big Ten Coaches Media Day in big bold letters and the Ex part is only in 6-type font.

I don't understand the question!!!!!

How has the first season away from Minnesota gone?

Gentlemen, gentlemen. Calm yourselves. You are part of an important brotherhood. Not everyone can be fired by a Big 10 program and we, I repeat: we, have done it. Now are there any more questions for Tim?

Thank you. Now please welcome to the podium the Big Ten coach with the highest winning percentage in Big Ten history - Bill Callahan.

I don't really have an opening statement. I really need to get back to coaching the Cowboys, so I'll open the floor for questions.

Yes, do you know how to get to Mc-

So this is the first I heard of your record, care to explain?

I beat Michigan in the Alamo Bowl. 1-0 career record in the Big Ten.

So you played just one Big Ten team during your tenure?

Yep and we won.

Don't look at me, both ESPN and the Big Ten Network recognized it. In fact, I do have a Big Ten Icons special slated for October. Make sure to catch it.

So what can you tell me about your time in the Big Ten?

Well, Michigan was really big and pretty talented across the board. Also, San Antonio has the best funnel cake.

Well, Coach Callahan really has to get back down to Dallas, so I think we'll cut his questions short. Finally, we will wrap up with a man who knows how to have fun... Ron Zook.

Man comes up and taps Cooper on the shoulder, handing him a laptop

Well, it seems that Ron couldn't make it, but he still wants to grace us with his appearance . 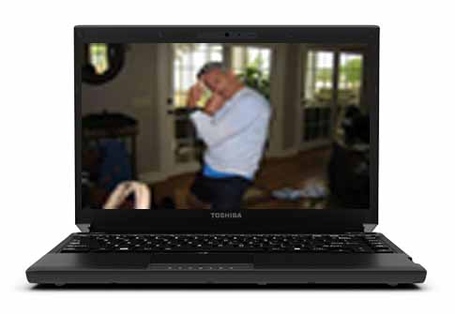 Whazzzup ass-clowns! Zooker in the house! Summer is going well, getting my tan on, getting my mack on. See those shoes on the ground? They ain't mine! Wink, wink.

Any questions for Coach Zook?

Do you know how to get to McCormick Place Convention Center?

So how's life without football?

Cooper grabs the laptop and turns it away.

Well, that got vulgar quick. Ron Zook everyone.

Cooper hands the laptop to an assistant.

Once again. I'd like to thank you for coming out. I think it's been another successful day. We have some complimentary Minnesota shirts that Coach Mason stole on his way out for you as you go. One final time - thank y-

Ummmmmmmm. I never got my say.

But you're just a reporter.

I'm not just a reporter! I'm Kevin Wilson damnit. I'm the head coach at Indiana and I'm supposed to be at the actual Big Ten kickoff. Now does somebody know the way?!

I don't know how to tell you this son, but you're probably at the right place.