Penn State and the Day of Reckoning Open Thread

Share All sharing options for: Penn State and the Day of Reckoning Open Thread 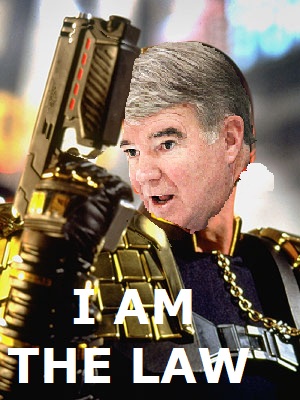 At 8am CT today, NCAA President Mark Emmert is expected to officially announce the NCAA sanctions that will be levied against the Penn State program in the wake of the Jerry Sandusky sex abuse scandal. To be sure, Penn State has already had several "days of reckoning" in this scandal and is probably in store for several more, but from our perspective as a sports blog, today's announcements figure to be particularly important, given the ramifications they're expected to have on the program. They won't be getting the "death penalty," apparently, although the punishments to be announced are alleged to be "severe" and "unprecedented."

This obviously isn't directly Iowa-related, but it is a very big college sports story (and one that could tangentially impact Iowa, what with Penn State being a conference colleague and all)... so here's your open thread to discuss the sanctions and the other developments in the PSU story. The usual rules of open threads apply -- no politics, no religion, no personal insults, no spam, and so forth.

ESPN and BTN (and maybe CNN) are carrying live coverage of Emmert's press conference announcing the sanctions at 8am CT and they're sure to be up on ESPN, CNNSI, Yahoo, SBN, and everywhere else you can shake a stick at very shortly after 8am.