It's Not Plagiarism If You Link To It: PTL Week Five Recap

Share All sharing options for: It's Not Plagiarism If You Link To It: PTL Week Five Recap

THE PRIME TIME LEAGUE IS WINDING DOWN. The playoff seeds are now set for next week's semi-finals and finals. Jarrod Uthoff may have had his best game yesterday. The Hawkeye transfer-to-be had 16 points and 10 rebounds leading his team to victory and the number one seed. Devyn Marble added 24 points in a loss to Uthoff's team. Marble's squad still earned the number two seed next week. Anthony Clemmons had his best week in PTL too. Clemmons dropped in 20 points.

CLEMMONS AND MIKE GESELL STARTED THEIR BATTLE FOR PLAYING MINUTES. Several battles have taken place this summer in PTL play. Gabe Olesani and Adam Woodbury have faced up in what will be a battle for minutes at center. At point guard, Anthony Clemmons and Mike Gesell have competed as well. Clemmons dropped in 20 points yesterday but his defense was the talk following the game.

AND WHAT TO DO WITH MCCABE? Not quite the forgotten man, McCabe has had a solid summer. He's hitting a high enough % of shots from three-point land to earn the name McCabesbury. Last year he was the foulest fouler to ever play at Iowa. Besides shooting threes he's working on staying out of foul trouble.

HEY! AN ARTICLE ABOUT DEVYN MARBLE THAT DOESN'T MENTION THE NBA. OH, WAIT. Well, it's there buried at the bottom. Marble talks about making his game and the Iowa team better. About improving both, Marble says there's been "a little fire in my soul."

T-SHIRTS! GET YER NEW BHGP T-SHIRTS! Check out BHGP's spread shirt site to view a couple of the newest offerings. Here's a preview: 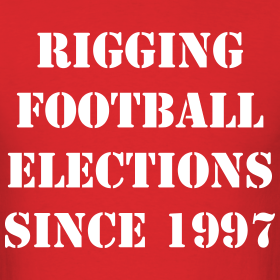 MORE HAWKEYES ON WATCH LISTS. James Morris has been added to the Butkus Award watch list, given to the nation's top linebacker. Micah Hyde did not make the Thorpe Award watch list and ESPN's Adam Rittenberg thinks it's a snub.

WIDE RECEIVER WILL BE A GROUP THING. That according to Kevonte Martin-Manley. Between KMM and Keenan Davis Iowa returns 80 receptions. That leaves a few to go around with a new young group of freshman and returnees like Don Shumpert, Steven Staggs and Jordan Cotton.

BRANDON SCHERFF WAS A QUARTERBACK IN HIGH SCHOOL (AARON WHITE WAS ONCE LOCKED OUT OF THE GYM). Scherff will take over the left tackle position this fall and also take on the tradition that goes with being a left tackle coached by Kirk Ferentz. Scherff knows about the NFL Draft picks that have played the position before him. He asked questions and learned from watching Riley Reiff.